Can China Lead and transform G20?

This year China will host the G20 Summit in Hangzhou in September. The world’s attention has been riveted on the upcoming Summit with great expectations on two fronts: How to promote global economic growth amid worldwide slowdown coupled with increasing financial risks as monetary policy tools have been almost exhausted. 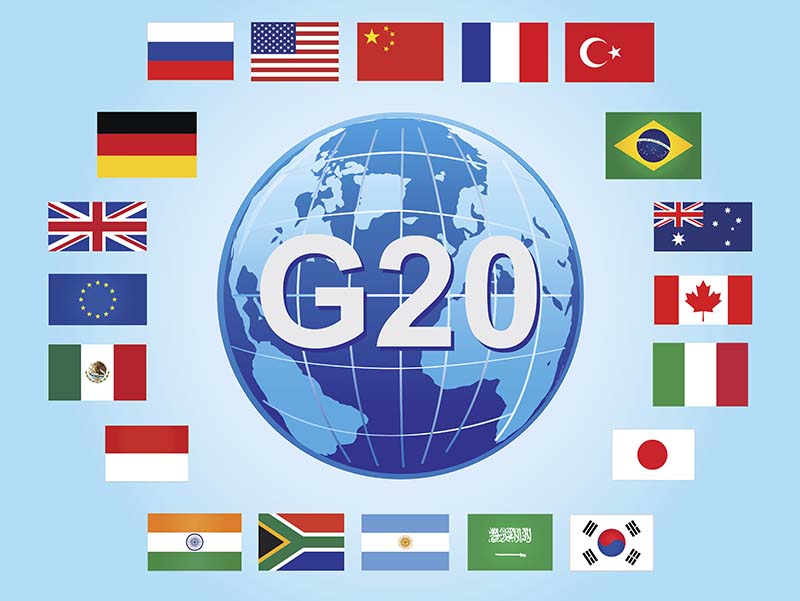 There are three most pressing and important questions that need to be answered as global elites scratching their collective heads.

1. Why does the world need G20 now to lead global governance and its systemic reform?

As the global political and economic landscape shifts in a way never seen before in history, global governance has witnessed the most fundamental transformation in the last 500 years. To borrow political pundits’ jargon, it is shifting from “governance by the West” to “co-governance by West and East”. It is made clear to both developed and developing nations that global governance architecture must change to keep up with the changed reality.

The 2008 world financial crisis and subsequent economic crisis has brought the truth home to everyone. The double crises have smashed the credibility and relevance of Western neo-liberalism and the “Washington Consensus” in world economic and financial management. With it, the G7 as a “Rich Man’s Club” has also forfeited its driving seat in world economic management with its combined share in global GDP for the first time dropping below 50%.

Nations stunned by the crises started to search for a suitable platform whereupon global economic issues could be discussed and solutions found. Looking around, it was obvious that G20, which used to be a ministerial forum for finance ministers and central bank governors, offered the best alternative to G7 as G20 enjoys at least three advantages: A good balance between developed and developing nations in its composition; inclusion of all major economies; a fairly small size that would reduce internal congestion to the minimum. Major economies including the US, China, UK and France thus quickly agreed to call for the first G20 Summit in November 2008 in Washington DC, which proved critical in boosting confidence in world economy and stemming global financial melt-down.

The last eight years, especially the first three since the G20 came to life in summit form, have borne testimony to the wisdom of elevating G20 to be the “primary platform for global economic governance”.

Now the G20 is best suited for managing global governance also for three reasons:
First, it is the only place high enough where leaders of advanced nations and emerging economies can have dialogues on an equal footing.

Second, as the world economy suffers from an anemic slowdown and painful structural adjustments, G20 should play the essential role of macro-economic coordination in order to jump-start global economic growth with China and other emerging markets taking the lead.

Third, the platform is needed for initiating and promoting global governance reform to make it more just and fair. The US and other Western nations worry by the premonition that emerging economies like China, India and Brazil might abandon the current governance system and start to build a new system. They are willing to give up some privileges in return for emerging economies to remain in the system as rule-abiding members. Emerging economies benefiting a great deal from globalization and global governance system are in no mood to abandon the ship. What they wish is to make it better by necessary reforms. G20 offers to be the platform where both sides could cooperate to carry out their respective agendas.

2. What are the greatest challenges to G20 as China moves into the chairmanship this year?

First, there is the issue of legitimacy. One might doubt why, but the truth is that G20 has only 20 plus members even though they represent over 80% of global GDP and population. The issue came up the very first time when G20 convened its summit to discuss world financial crisis as some small-and-median-sized nations questioned the legitimacy of G20 in representing “the international community” or the United Nations. G20 has been making strenuous efforts ever since to reach out to the UN and other groups in forging consensus on major economic decisions with some success.

Second, there is the lethal weakness of G20 in its lack of implementation mechanisms to enforce its decisions. This comes from the fact that G20’s original role is a forum rather than an institutionalized organ with a legal mandate. It has to do also with the fragmentation of global governance over the last decade or so. Even within G20, there are three distinct small groupings at odds with one another: G7, BRICS and MITKA (Mexico, Indonesia, Turkey, South Korea and Australia).

Third, there are geo-political hurdles or entanglements to overcome. As G20 contains almost all of the big powers of the world today, they cannot escape from inevitable geopolitical rivalries and conflicts common among big powers, especially as the world is coming into an era of “great disorder”. Suffice it to say that unity and concerted actions are the basis for G20 to be an effective institution of global governance. Unfortunately the big-power unity displayed vividly during the first two years of the financial crisis is frayed and even disintegrating so much so that the emerging disunity has undermined any meaningful decision-making and its implementation. There has been some come-around lately, as major powers see the danger of losing control of global governance, but certainly not enough to render G20 really effective and its decisions enforceable.

The political will to take concerted actions within G20 is eroding as the Ukraine crisis keeps brewing to the detriment of European security and economic cooperation; Syria, Yemen, Libya and many others in the Middle East keep falling into the abyss of chaos while ISIS spreads its base of operation; the US has become more assertive vis-à-vis China in South China Sea and Western Pacific with its “Rebalance to Asia-Pacific” strategy in full steam, resulting in a widening US-China rift. It has been incredible to hear President Obama claim each time he talked about TPP that the American pursuit of TPP is to exclude China from global economic rulemaking. A typical example of how geopolitics intermingled with geo-economics disrupts the necessary unity of big powers to lead world economy out of anemic growth.

3. What can we do to remake G20 into an effective and authoritative organ of global governance, especially as China moves into the driver’s seat of G20’s rotating chair?

Two major goals among others are quite obvious: Promote global economic growth and improve upon the global governance architecture by gradual, forceful and systemic reforms.

For the first objective, G20 needs to display once again, as it did at the beginning of the financial crisis, the resolve and unity that is the linchpin to exercise macro-economic policy coordination among G20 members. This is particularly important now as the world economy continues the widespread slowdown, with monetary tools having exhausted their usefulness both in advanced and developing nations. Negative interest rates, rarely used in the past, are now commonplace in advanced nations and nobody is certain that it will really work. It could be that we are again kicking the can down a dangerous road.

Can China lead in this tremendous effort to put some order into the disarray in global economic governance? China is eager to keep its economy going strong under “the new normal”. With that in mind, Beijing is also willing and determined to develop an innovative, coordinated, green, open and sharing economy and to take the lead in better coordination of macro-economic policies among major economies. Bilateral consultations and discussions among G20 financial ministers and governors of central banks have been underway. It is understood clearly that the world economy needs structural adjustments and it has to be a collective endeavor for economies both developed and developing, both post-industrialized and in early industrialization, which are intertwined and interdependent in the age of globalization. There is a Chinese old saying depicting exactly such a “butterfly effect” situation: “you move a hair, the whole body moves”. Is it an innovation-driven economic growth model? G20 needs to find that hair and move it delicately.

The second objective is closely related to the first and it goes into a detailed roadmap for the next five years or more as a timeline. There are at least five elements worth mentioning for the Hangzhou Summit to act upon:

(1) To strengthen G20 coordination by giving the consultation mechanism of finance ministers and central bank governor real power as well as to set up a Secretariat of G20 to enforce decisions made at summit level.

(2) To transform itself from a “fire brigade” of fighting crisis to a mandated organ for the management of global economic and financial issues. The G20 must lead to deepen global governance structural reforms with IMF and world monetary system reform at its core. It might be a good idea to expand again the use of SDR in conjunction with the US dollar as another world reserve currency.

(3) To reprioritize the G20 agenda for the next few years to focus more on developmental issues including infrastructure-building, energy security and food security while continue to pay attention to macro-economic coordination and reducing global financial systemic risks.

(4) To address seriously the issue of “legitimacy” of G20 by legalizing its relations with the UN system. It would be ideal to have IMF, World Bank, WTO, FSB as institutions for the implementation of G20 decisions and also as its extended secretariats. Germany has raised the idea of transforming G20 into an “Economic Security Council” as a counterpart to Security Council in the economic field with a UN mandate.

(5) Even if both China and the US have rejected the concept of G2, it is absolutely critical for the two to consult and coordinate closely on any major decision to be taken by G20. It is by no means arrogance or condescension. This is the reality of the world we live in. G20’s success lies in the unity of major powers and the linchpin to that unity is close cooperation between China and the US.

G20
printTweet
You might also like
Back to Top
CHINA US Focus 2018 China-United States Exchange Foundation. All rights reserved. Disclaimer