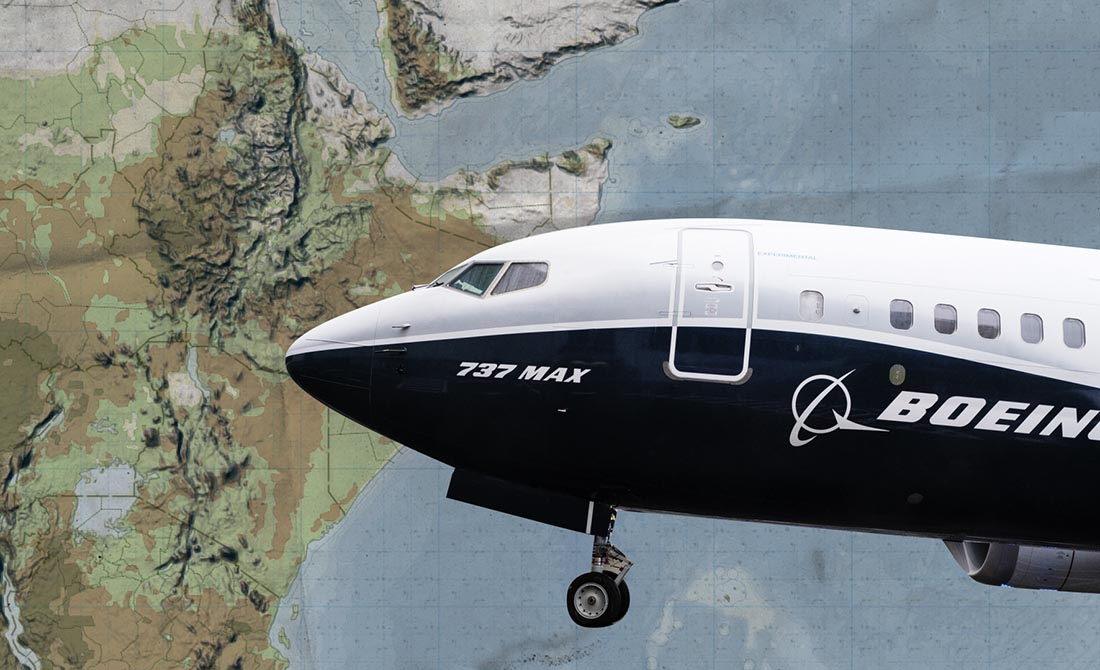 China’s recent decision to ground the Boeing 737 Max showed it can play a constructive leadership role in the global order. The US, long held to be the international standard for safety and all things aviation, stumbled badly by being one of the last countries in the world to ground an upgraded line of jets plagued with a tragic safety flaw.

In the face of complacent US protestations of safety and a last-ditch lobbying effort by Boeing CEO Dennis Muilenburg to keep the new model flying, China took the prudent road, erring on the side of caution. In vivid contrast to US dithering, a product of corporate conflict of interest, Wall Street profit-seeking, deregulatory zeal and a US government shutdown that resulted in lax oversight and the delay of urgently needed fixes, China decided to make a call for “safety first.”

One shudders at the realization that the problematic jet might have been grounded in time to save lives had Washington not sunken into a criminally negligent haze of political sparring and regulatory inactivity.

Will the real leader of the free world please stand up?

China did stand up, and despite not being entirely free, it did show leadership. It was not cowed by the money it had on the line as a big customer of Boeing, nor was it swayed by complacent reassurances from the FAA and Boeing corporate offices. The FAA, currently without a head due to the willful intransigence of the Trump team which seems to hate Obama-era bureaucrats as much as it hates safety regulations and environmental protection, was shamefully clay-footed in its response to the latest tragedy.

Granted, the costs of grounding a lucrative model, with hundreds of vessels in the air and thousands being readied for delivery worldwide, makes for a tough decision. Even if handled well, the economic losses were bound to be steep and reputation hard to recover. But foot-dragging and covering up exacted a terrible price in lives. After the second crash, tens of billions of dollars vanished from Boeing’s stock valuation.

Simply put, it is both stupid and immoral to let the bottom line become the tail that wags the dog.

Western media reaction to the two jet crashes offer a case study of perception bias. There was dismissive finger-pointing, not always explicit, but insinuated, often expressed in code, the code by which inexplicable tragedy is the province of far-off locales in the third world, not the USA.

As globe-trotting journalist Howard French lamented on Twitter: “One learns lots about deep-seated attitudes toward Africa thru incidents like this Ethiopian Airlines crash. Headlines scream about non-African casualties, amid insinuations this was cheap, 3rd World operation, when in fact Ethiopian has a great record of safety and global service."

To castigate the apparently exotic and supposedly backward nature of non-American users of American technology is a way of shifting attention. Indonesia? Ethiopia? If it’s geographically remote, it’s not “our” problem but “theirs.”

Another tack is to subtly shift blame to the pilots, as happened in the Indonesia case. These planes are state-of-the-art, the computers are smart, the code was updated to deal with potential trim problems, so what about human error?

Captain Sully Sullenberger, who bailed out of danger by crash-landing in the Hudson River in 2009, had to endure insidious second-guessing. Now viewed as a hero, he recently wrote that the redesign of the 737 MAX 8 was "urgently needed, yet has still not been done, and the announced proposed fixes do not go far enough.”

Another feint in the blame game is to question the whistle-blowers, whether it be pilots unhappy with overly automated controls or engineers puzzled by gaps in the revised manual. Veteran activist Ralph Nader, who lost a relative on the doomed Ethiopian Airlines flight, has said the FAA is a “patsy” and called for the new jet to be grounded. He said he could find no one at Boeing willing to talk, so he issued an open letter: Passengers First, Ground the 737 Max 8 Now!

Boeing is a juggernaut with a storied history that has produced many amazing aircraft. But taking a cue from Trump world, in which nothing matters more than profit, where being rich means being too big to fail and where accountability is kicked down the road, Boeing’s corporate suits in Chicago, keen on keeping their stock price up and the competition down, behaved dishonorably.

When it comes to US aviation product, Beijing is deeply invested as a big consumer and economic partner—it accounts for a quarter of all Boeing commercial sales—so it has every reason to want to keep the planes flying, albeit safely so.

But American media outlets are reflexively loyal to the “home-team” US corporation engaged in malicious snickering at China for unilaterally grounding its jets.

“China Sends Skywritten Message by Grounding 737s” was the headline of a Foreign Policy article that ominously warned of “Beijing's ambition to own the skies.”

Elsewhere, TV pundits and the digital commentariat variously intimated that China’s move was a deliberate blow, a new front in a bitter trade war and opportunistic grandstanding.

In response to such rebukes, China Daily took a measured editorial stance: “…the CAAC's action is not a case of jumping to conclusions based on very few facts. It is right to exercise caution and consult with the US company to ensure the safety of the planes as nothing is more important than human life.”

Life is precious, indeed. Given the long list of human rights complaints that the US has directed at China, the irony is rich, but China is right on this one.

The rise of tribalism internationally makes for politics rife with reflexive scorn; it’s East vs West, Atlantic vs Pacific, Airbus vs Boeing, US vs China, and “we” vs “them.” But if the ancient Chinese system of yin and yang teaches us anything, it’s that opposites do not exist in isolation, but are a dialectic, and each side needs the other to become whole.

Let us hope China and the US, both key stakeholders in a rules-based global order, continue to cooperate with each other, circling one another, exchanging criticism where necessary, to keep the chaos of a frayed, fractured and decaying world order at bay.