The just concluded NPC Session and Chinese Premier Li Keqiang’s Report on Government Work have given a clear, comprehensive picture of the Chinese economy for the next five years. At the backdrop of a persistently weak and uncertain world economy and continuing downside pressure on Chinese own economy, the world second-largest economy will keep an annual growth rate of 6.5% for the 13th Five Year Plan (2016-2020), only marginally lower than last year’s 6.9%. If realized, China will contribute roughly 0.9 percentage point to world GDP growth each year for the next five years running and thus ensure the world more predictable support. 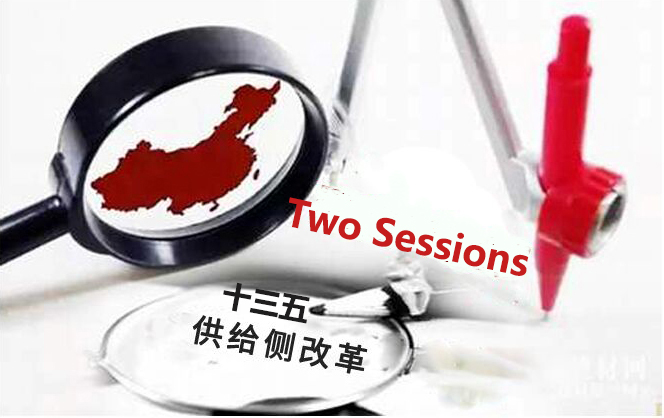 Chinese has had a net population growth of 6 million annually over the last five years. If this trend continues, its total population would probably hit 1.4 billion by 2020, leaving a per capita GDP of around $ 10,000, achieving well-being for the nation, but not high-income status.

Biggest Threat to Growth: Unsustainability Instead of Slowing

The world has focused too much on the falling growth rates of China, instead of its healthiness and sustainability. The slowdown from double-digit growth rates to a level below 7% is not only inevitable but also necessary. The extraordinary high growth rate in the past decade has resulted in a series of structural issues, eroding economic fundamentals. An outstanding issue is the serious over-capacity in steel, coal mining, cement, plate glass, electro-aluminum, etc. China’s crude steel output surpassed 800 million tons in 2015, 50% of the world total, and has contributed to a worldwide steel glut and depressed market. The total capacity is 350 million tons more. Premier Li Keqiang’s report announced plans to slash 150 million tons of steel capacity, 500 million tons of coal mining capacity in 3 years, displacing 1.8 million employees.

The serious over-capacity has not only depressed manufacturing, but also contributed to serious pollution in many parts of the country. Many companies with heavy over-capacity and poor performances have become zombie enterprises, creating huge corporate debt and helping to push Chinese debt ratio to a new high.

Another major issue is the tremendous amount of unsold stocks in the property market, estimated at 6.9 billion m2, enough for a 24-month supply. The over-built properties have pushed up the property market bubbles and debt levels, including the local government bonds, real estate developers and home buyers’ bank loans, only to end up in rising NPL rates of commercial banks.

The above two factors are key threats to the Chinese economy, both currently and over the long term. If not addressed drastically, the Chinese economy will loose growth drivers, and face systemic financial risks. The 13th Five Year Plan has set “de-capacity, de-stocking and de-leverage”, among others, as key goals. This will undoubtedly cut the growth rate by 1-2 percentage points, plus another percentage point by poor export performance. Slower growth is only logical.

The 13th five year plan does not envisage any fresh large-scale fiscal stimulus, no extensive monetary QE. It only requires an active fiscal policy (fiscal deficit at 3% of GDP in 2016, for instance), and a prudent plus monetary policy (slightly easing). Top priority will be given to supply-side reform and structural changes. New engines for growth will be:

1. Persistent growth of consumption. The consumption alone contributed 4.6 pct to China’s GDP growth in 2015, and is likely to gain further momentum in the next five years. The causes include expanding and upgrading of merchandise and housing consumption, due to the growing disposal income (by around 7-8% each year) , and an estimated 100 million new urban migrants. Also, service consumption will likely grow even faster, including education, healthcare, travel, entertainment and care for aged people.

2. Robust growth of innovation, new emerging and high-tech industries. They include aerospace, hybrid-engine automobiles, new generation of Information and telecom technology, biotechnology and industry, alternative energy , environment protection, high-speed rolling stocks, nuclear-power reactors and turbines, new materials, IC, NC machine tools manufacturing, and maritime equipment. Those industries have growing at 8-10% per annum over the past few years and will most likely accelerate in the next five years. For instance, China is already the world largest producer of electric cars and will lead the world by far by 2020. They will serve as a strong engine for the economic growth over the next five years and beyond.

5. A significant expansion and upgrading of the service sector will happen during the 13th five year plan. Healthcare, among others, will be a case in point. With healthcare service open to private and foreign operators, hospitals will expand fast to offer better public goods. With the second-child policy, maternity hospitals and child-care services will also see fast growth. With the population fast aging, there will be an extensive build-up of elder-care centers across the country. As a result, the medical industry will grow simultaneously, with its total output value estimated at 10 trillion yuan by 2020, 247% up on its 2015 level (2.88 trillion).

US Business Should Lose No Time for an Early Harvest

There have been abundant critical comments and worries from the US media, academia and business. While China should be open to all their comments, the US business companies should lose no time to find opportunities and strive for an early harvest. They could find good, potential opportunities in the following areas:

1. Increase of export to China. The US enjoys world top competitive advantages in a series of industries and could logically offer more to the Chinese market. They include clean-energy technologies, biotechnology, intelligent manufacturing, environment protection and eco-friendly, aerospace industry, and so on. The US consumer goods, ranging from food, apparel and shoes up to Apple iPad, iPhone, and machinery and equipment in intelligent manufacturing, aircraft manufacturing, environment goods, ICT, medical equipment and clean energy technology goods, will see an ever expanding market in China.

2. Increase of investment in R&D and manufacturing in China. Besides increasing exports, they could also step up investment in China, especially in the 9 key areas: intelligent manufacturing, clean-energy, agricultural modernization, infrastructure, internet plus and 5G telecom, environment protection and eco-systems, Belt and Road Initiative, Beijing-Tianjin-Hebei Integration and Healthcare. The US entertainment and theme park companies will also see huge potential of growth in China, as a result of the fast-expanding demand.

3. Enhance technology cooperation in agriculture. A top priority for the 13th five year plan is the modernization of agriculture. China’s agricultural productivity is under $ 1,000 (farm output value per labor), compared to over $60,000 in the US. Hence, this is a huge and urgent opportunity.

5. Chinese capital market. Direct financing through capital markets lags far behind the business needs in the country. It accounted for only around 4% of total social financing, with indirect financing, mostly by banks, playing a dominant role and contributing to the high corporate-debt ratio. The reform and opening will be another key task during the next five years. With the largest and most sophisticated capital market, the US capital market players have a good chance to participate in this reform.

During this process, plenty of issues are set to exist or arise. China in turn, could also obtain further advice from the US on Intellectual property rights protection, transparency, fair competition on a leveled field, and on developing a sophisticated capital market. All those will help China in its 13th five year plan, and the US business community in their market expansion.