There are many moving parts in China’s daunting transition to what its leaders call a moderately well-off society. Tectonic shifts are occurring simultaneously on several fronts – the economy, financial markets, geopolitical strategy, and social policy. The ultimate test may well lie in managing the exceedingly complex interplay among these developments. Is China’s leadership up to the task, or has it bitten off too much at once? 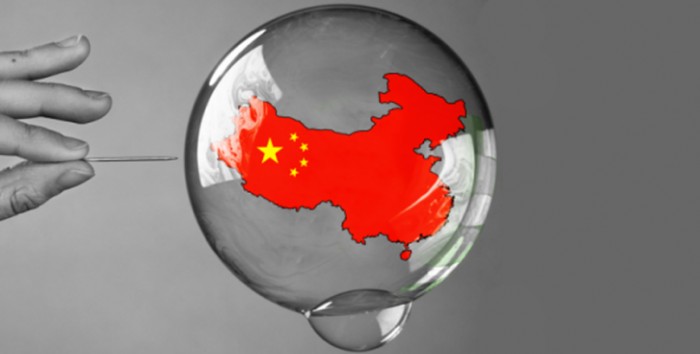 Most Western commentators continue to over-simplify this debate, framing it in terms of the proverbial China hard-landing scenarios that have been off the mark for 20 years. In the wake of this summer’s stock-market plunge and surprising devaluation of the renminbi, the same thing is happening again. I suspect, however, that fears of an outright recession in China are vastly overblown.

Services are in many respects the infrastructure of a consumer society – in China’s case, providing the basic utilities, communications, retail outlets, health care, and finance that its emerging middle class is increasingly demanding. They are also labor-intensive: in China, services require about 30% more jobs per unit of output than do capital-intensive manufacturing and construction.

Largely for that reason, China’s employment trends have held up much better than might be expected in the face of an economic slowdown. Urban job growth averaged slightly more than 13 million in 2013-14 – well above the ten million targeted by the government. Moreover, the data from early 2015 suggest that urban hiring remains near the impressive pace of recent years – hardly the labor-market stress normally associated with economic hard landings or recessions.

Services are also the ingredient that makes China’s urbanization strategy so effective. Today, approximately 55% of China’s population lives in cities, compared to less than 20% in 1978. And the share should rise to 65-70% over the next 15 years. New and expanding cities sustain growth through services-based employment, which in turn boosts consumer purchasing power by trebling per capita income relative to that earned in the countryside.

So, despite all the handwringing over a Chinese crash, the rapid shift toward a services-based economy is tempering downside pressures in the old manufacturing-based economy. The International Monetary Fund stressed the same conclusion in its recent Article IV consultation with China, noting that labor income is now expanding as a share of GDP, and that consumption contributed slightly more than investment to GDP growth in 2014. That may seem like marginal progress, but it is actually quite rapid relative to the normally glacial pace of structural change – a process that began in China only in 2011 with the enactment of the 12th Five-Year Plan.

Alas, there is an important catch. While progress on economic rebalancing is encouraging, China has put far more on its plate: simultaneous plans to modernize the financial system, reform the currency, and address excesses in equity, debt, and property markets. Meanwhile, the authorities are also pursuing an aggressive anti-corruption campaign, a more muscular foreign policy, and a nationalistic revival couched in terms of the “China Dream.”

The interplay among these multiple objectives may prove especially daunting. For example, the confluence of deleveraging and the bursting of the equity bubble could create a self-reinforcing downward spiral in the old manufacturing economy that shakes consumer confidence and offsets the emerging dynamism of the new services economy. Similarly, military adventures in the South China Sea could damage China’s links to the rest of the world long before it is able to count on domestic demand for economic growth.

Ironically, China’s juggling act may prove even more difficult for the authorities to pull off in a market-based, consumer-oriented system. Caught in the transition from China’s tightly controlled, state-directed model, the government seems to be waffling – for example, by stressing a decisive shift to markets, only to intervene aggressively when equity prices plummet. Likewise, it is embracing more of a market-based foreign-exchange regime while guiding the renminbi lower.

Add to that a stop-start commitment to reform of state-owned enterprises and China could inadvertently find itself mired in something comparable to what Minxin Pei has long called a “trapped transition,” in which the economic-reform strategy is stymied by the lack of political will in a one-party state.

Under President Xi Jinping’s leadership, there is no lack of political will in today’s China. The challenge is to prioritize that will in a way that keeps China on the course of reform and rebalancing. Any backtracking on these fronts would lead China into the type of trap that Pei has long feared is inevitable.

Economic development has always been a daunting challenge. As warnings about the “middle-income trap” underscore, history is littered with more failures than successes in pushing beyond the per capita income threshold that China has attained. The last thing China needs is to try to balance too much on the head of a pin. Its leaders need to simplify and clarify an agenda that risks becoming too complex to manage.