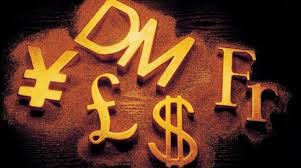 On January 19, 2015, the Ministry of Commerce of China (“MOFCOM”) issued a draft of Foreign Investment Law (“The Draft Law”) to solicit public comments. It attracted extensive discussion from foreign investors, industry associations, law practitioners, and policy makers in other countries. The comments were due on February 17th. It may take a while to see the final version of the Foreign Investment Law, but it demonstrates the Chinese government’s efforts to engage in openness and reform, to promote foreign investment, and to regulate foreign investment behavior.

The features of the Draft Law demonstrate China’s government engagement to establish a stable, transparent, and predictable investment environment in 21st century. It is consistent with China’s usual practices to promote foreign investment. And it is also an implementation of the national plan stated at the Third Plenary of 18th CPC Central Committee to “adapt into the deepening opening-up, improving foreign-related laws and regulations and promote construction of new open economic system.”

In all, the Draft Law is not only an important step for China to restructure its foreign investment legal systems, but also a cutting-edge move to building up a transparent, stable and predictable investment environment. After a 30-year open policy, China enters into a period of time to regulate market activities and to provide both domestic producers and foreign investors a healthy and competitive environment. Foreign investors may be open-minded and embrace it a great opportunity to further involve into China’s market as well as benefit this evolution.