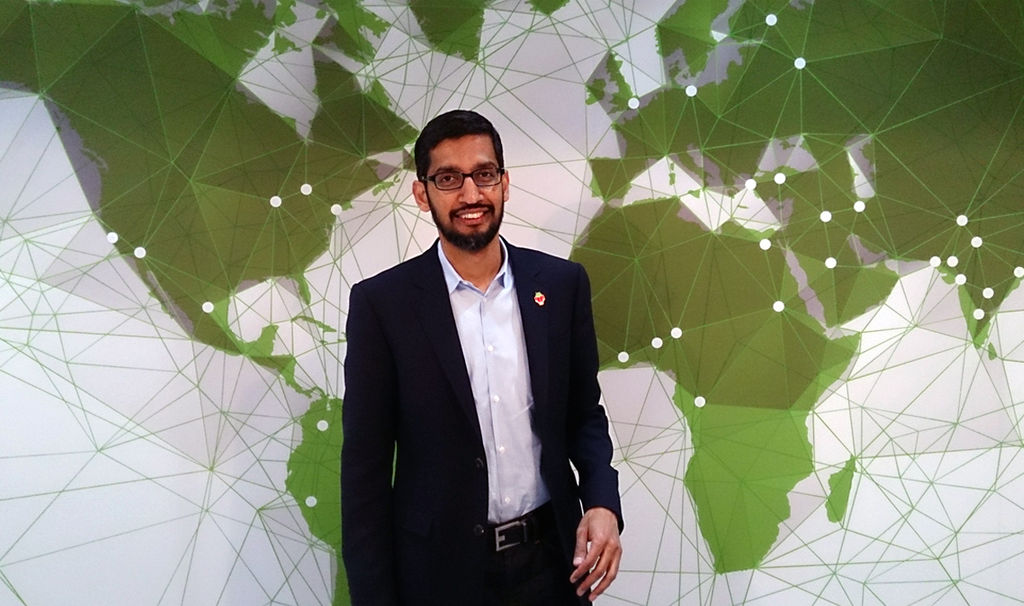 China has always been a country that forced major Internet companies to reckon with the impossibility of merely being neutral, unbiased platforms for information. Doing business in China in the age of the Internet has always meant complying with certain restrictions on what kinds of content could be posted, shared, and discussed online. That was true in 2006, when Google first launched its Google.cn service, and true in 2010, when Google shuttered its Google.cn search engine citing concerns about censorship and efforts by the Chinese government to hack into Google accounts belonging to human rights activists. It’s still more true now, in 2018, when the Chinese government is enforcing stricter controls on online content than ever before and Google is reportedly working on a new censored version of its search engine for China.

Despite the clear business reasons to reenter the Chinese market — China has the largest online population of any country in the world, totaling 772 million people — it’s still a little startling to see Google making preparations for what appears to be a return to the country on bended knee, ready to acquiesce to all of the government’s censorship demands. That’s partly because Google made such a fuss about leaving in the first place — a decision many major U.S. tech firms, such as Facebook and Twitter, never had (or got) to make in the first place, since their services were preemptively blocked by the Chinese government. Having taken the moral stance in 2010 that it wouldn’t cooperate with China’s espionage and censorship efforts, it’s hard not to see Google’s apparent about-face as a decision to dial back its concerns about protecting user accounts from state-sponsored espionage and promoting uncensored content to users worldwide.

Or perhaps, in 2018, at a moment when the Internet is subject to more regulations worldwide than ever before, Google has just become more resigned to the idea that doing business in lots of different countries requires complying with lots of different local laws, whether the company agrees with them or not. In Germany, that means complying with a recent online hate speech law that requires removing some social media posts that violate German laws within 24 hours. In Indonesia, it has meant pulling apps aimed at LGBT audiences, such as gay dating apps, from the Google Play Store in deference to pressure from the Indonesian government. At a certain point, for a multinational company juggling hundreds of these different legal restrictions from various governments, it’s conceivable that China’s demands to block search results tied to certain terms and events just start to seem like more of the same. Those very same demands that seemed so extreme and unusual in 2010 that they, in part, caused Google to leave the country might, in 2018, look more routine — just another unfortunate but unavoidable set of obstacles that must be navigated in order to reach as many Internet users as possible worldwide.

But even as a business decision, it’s not clear that developing a search engine tailored to the specific demands of the Chinese government makes a great deal of sense for Google. In 2010, when the company left China, there was already speculation that Google was pulling out because it was failing to attract sufficient market share in the country, losing out to local competitor Baidu. In 2018, the major Chinese Internet companies are far bigger and more powerful than they were in 2010, and they’re looking to expand their customer base beyond just China and other Asian countries.

That may be one reason Google feels compelled to try to compete directly for the Chinese market again — but it’s also a reason to believe they’re far less likely to be successful in taking on those competitors than they were eight years ago. Baidu CEO Robin Li even threw down the gauntlet in a social media post declaring that “Baidu will win again” after the news broke that Google might reenter the Chinese market with a censored search engine mobile app.

To aid its chances at competing in the Chinese market, and presumably also to comply with Chinese regulations that require Internet companies doing business in China to operate their infrastructure within the country’s borders, Google is reportedly developing its search app in partnership with another, presumably local, company. (A group of six senators has asked Google’s CEO Sundar Pichai to tell them whether that partnership is in any way tied to another Google deal with Chinese Internet behemoth Tencent, related to cross-licensing patents.) According to The Intercept, the partner company might even be provided with a way to blacklist search terms and key words even without Google’s approval.

But even by caving to the Chinese government’s demands entirely, and partnering with a local tech firm, it’s hard to see how Google plans to make any headway in a market so completely dominated by Chinese companies. As Google’s own competitors — most notably Microsoft’s Bing search engine — have learned the hard way, it is no easy thing to pry contented Internet users away from the search engine they already know and love. And why would Google expect to face a level playing field in China, especially at a moment when trade tensions between the U.S. and China are high and the Chinese government is aggressively promoting the growth of its own, domestic tech industry?

Google clearly believes it possesses superior search technology to win over the Chinese market if it can just get the government’s seal of approval. But it’s a very different market today than it was in 2010 and it’s not clear Google has much to gain from this endeavor that will, at the very least, cause it to lose the moral high ground.

Google
printTweet
You might also like
Back to Top
CHINA US Focus 2022 China-United States Exchange Foundation. All rights reserved.