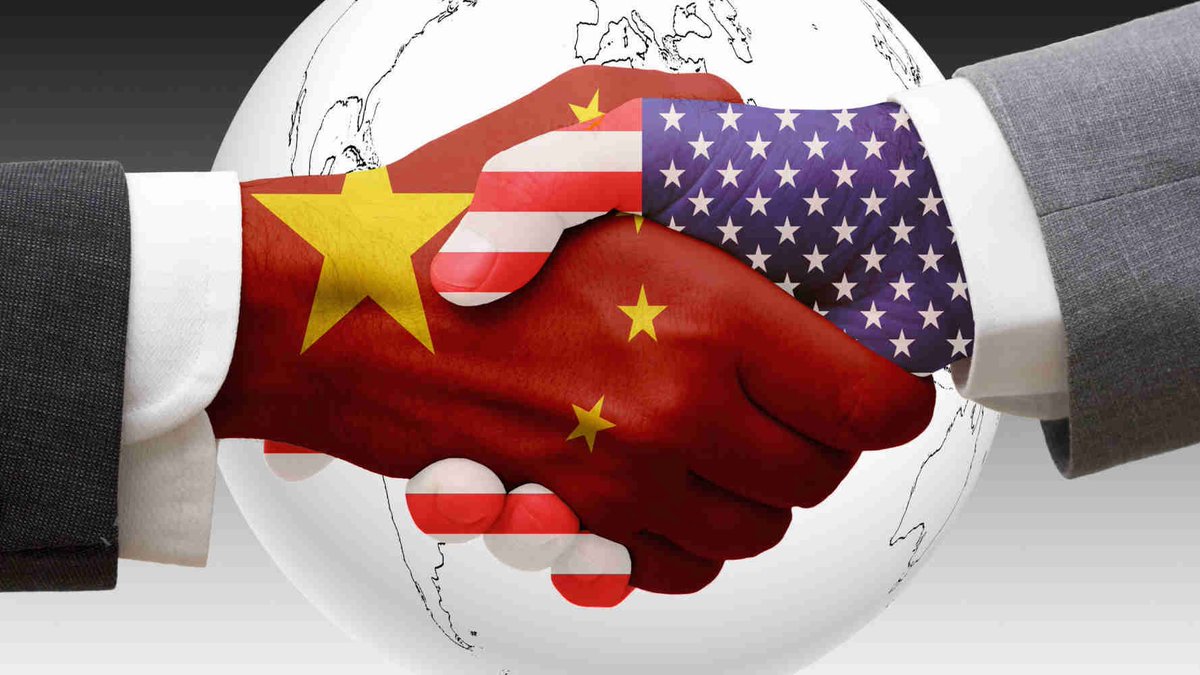 The Comprehensive Economic Dialogue (CED) between China and the US ended with no joint statement, never seen in previous meetings in the SED and S&ED formats. The official Chinese observers regarded the CED as fruitful, setting up a good mechanism that anchors the bilateral economic cooperation on a stable track of mutual benefit.

Secretary Wilbur Ross of Commerce and Secretary Steve Mnuchin of Treasury said in a very brief press release that “China acknowledged our shared objective to reduce the trade deficit which both sides will work cooperatively”, and that “ The principles of balance, fairness and reciprocity on matters of trade will continue to guide the American position.” Apparently, the centerpiece of the US objective is trade balance and fair trade. Ross and Mnuchin were not satisfied with the progress at the CED.

It is misunderstanding of the China-US CED to think that its centerpiece is to reduce the US trade deficit with China, and that objective measures the success or failure of the CED. By its very name the CED is comprehensive. It covers all the main areas of economic cooperation between the world’s two largest economies, ranging from macroeconomic policy coordination, trade, investment, finance, industrial cooperation, technology development, environment and services. Its key objective should be an overall dialogue reviewing the 100-day plan and 1-year plan, the progress and problems, and future plans. Trade imbalance is undoubtedly an important concern for both the US and China. It is, nonetheless, only one of the many issues on the agenda, not the main objective, nor top priority.

The huge trade deficit with China dominates Washington concerns. According to the USDOC, total US goods deficit with China hit $347.0 billion, or 47% of its global trade deficit. It has been still growing since the start of 2017. Undoubtedly, China and the US have no difference in reducing it. However, the CED is not the right mechanism to reduce the deficit. The American trade deficit with China is a part of its global trade deficit, the latter in turn is the logical result of the global supply chain, not a bilateral phenomenon. For instance, computers and electronics are the largest sector of US trade deficit with China, amounting to $144.0 billion. The largest deficit came from iPads and mobile phones. They are not made only in China, but involve brands, designs, manufacturing equipment, panels, IC and circuits made in Japan, South Korea, Taiwan, Germany, France and the US itself, constituting a whole cross-border supply chain. Bilateral CED and policies cannot change that.

In the early 1980’s, the Reagan Administration put extremely strong pressure on Japan to cut its huge trade surplus with the US, with fixed goals. It was abruptly rejected by Japan because the deficit was created by the market and the government had no power to change it.

For the upcoming renegotiation of NAFTA, the United States Trade Representative (USTR) also sets the central goal of reducing the US deficit as the precondition of the new clauses. Nicolas Lardy, a senior fellow at Peterson Institute, has said that this approach is most likely to fail.

A more realistic way to bring down the US trade deficit is an overall restructuring of its industry in the global supply chain, varying from sector to sector.

It had trade deficit in oil and gas ($86.70 billion), showing its external energy dependence, although the deficit as been shrinking fast, due to domestic production increase.

It also had trade deficit in computer and electronics ($170.89 billion), transportation equipment ($98.21 billion), apparel ($79.48 billion), leather and products ($33.73 billion) and furniture ( $32.83 billion). It clearly shows the US position in the global supply chain as the center of R&D, design, branding, and manufacturing of core components, with the mass production and assembling left to overseas.

The four largest deficit sectors: computer and electronics, transportation equipment, oil and gas and apparel had a combined deficit of $437.34 billion, 58.7% of its global total. China accounted for 84% of deficit in computer and electronics, the US had surplus with China in transportation equipment, oil and gas, and had a declining deficit with China in apparel. Hence, the US needs a global approach in addressing its global trade deficit, sector by sector, instead of pressing China only at CED.

The above explanation leads to a basic conclusion that the huge US trade deficit is caused by the global supply chain. To blame “unfair” trade as the only reason seems arguable. Nonetheless, Secretary Wilbur Ross is absolutely correct demanding fair trade and competition on a level field. The question is: What is the standard, or governing rules of fairness? The standard is not made by Ross, not even by President Trump, but by the WTO. The WTO has already made a complete set of rules for fair trade, covering unfair pricing, unfair subsidies, infringement on IPR, SOEs, safeguard and so on, which, both China and the US, as members of WTO, have to abide by.

If the Trump administration asserts that China is extending unfair subsidies to its companies, they could well refer to the WTO dispute settlement mechanism. Over the past 22 years since its founding, the mechanism has handled 525 cases filed by members. China is the respondent of 39 cases, including rare earth export control and Union Pay. China lost both of those cases and made corrections according to the WTO rulings. The US, meanwhile, is the respondent of 130 cases, more than three times more than China and by far the world number one, mostly for unfair subsidies, abuses of AD and CV. This shows that the US is the largest source of unfair trading.

It will be much easier for both China and the US to discuss and agree on a number of fair trade issues, if only based on the existing WTO rules.

The Comprehensive Economic Dialogue is the top level architecture discussing and concluding arrangements on trade, investment, finance, IP protection, macroeconomic policy coordination and global economic governance, not a mere negotiation table for reducing trade deficit. The trade imbalance issue, as mentioned before, is not the central piece at the CED. It should be left to the market, to the sector cooperation and to restructuring in the global supply chain. It is worth discussing if the trade deficit is a big issue at all in American economy.

China and the US should handle the CED at the strategic level, focusing on overall cooperation for mutual benefit, and on managing differences. The CED should and could deliver abundant chances for securing the stable development of the bilateral economic relations, thus securing benefits of our two peoples.