How Far Can “Moral Clarity” Go? 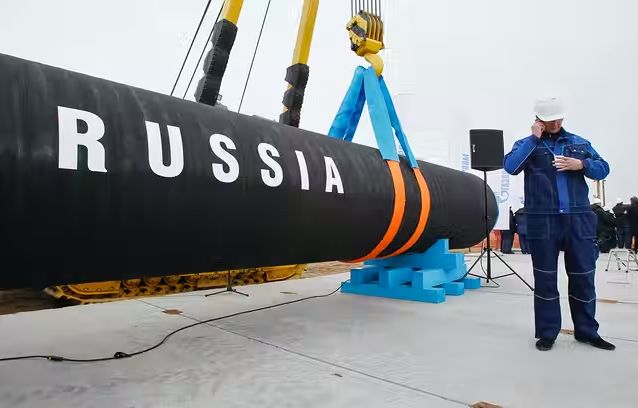 On March 24, for the first time, NATO, the G7 and the European Union held summits on the same day. After the meetings, the U.S. and Europe announced the establishment of a joint working group on energy security, aiming to strengthen Europe’s energy security by diversifying European gas supply sources and ultimately moving away from dependence on Russian fossil fuels.

The joint statement is a strong endorsement of the U.S. and Europe’s respective “de-Russianization” energy policy after Feb. 24. Against the backdrop of battlefield fire, the transatlantic alliance is willing to forego short-term energy supply stability in favor of a vision of clean energy. This is a determined diplomatic show of solidarity that appears to be reviving the transatlantic notion of moral clarity.

Russia supplies 14 percent of the world’s crude oil and more than 40 percent of the EU’s gas. Many American and European foreign policy research institutions and scholars have examined the possibility of moving away from Russian supplies in terms of diversifying their alternatives in light of the current state of oil and gas supply infrastructure. Some have reached optimistic though guarded conclusions. But Russia’s deep integration in the global energy market is the result of a long and complex interaction of many actors in the energy value chain.

Let’s look at Europe first. The EU has been pushing for energy autonomy for more than a decade, but progress has been slow due to a variety of complications. On Feb. 27, BP was the first to announce that it was selling off its entire stake in Rosneft, which could result in losses totaling $25 billion, including the value of assets and accumulated foreign exchange losses. In fact, BP has been selling its petrochemical assets since 2005. The company plans to reduce oil and gas production by 1 million barrels equivalent per day by 2030, while attracting long-term investment to accelerate the green transition.

BP now receives 1.1 million barrels of oil equivalent per day from Rosneft. The company’s persistent departure from the stock at the expense of the losses will also help attract further ESG-conscious investors. According to estimates, BP’s operational profit will climb by $340 million for every $1 increase in the Brent crude oil price. Combining the aforementioned variables, BP’s withdrawal may not be as hard to suffer as it appears at first glance, given the prospect of higher energy prices, increased global demand and the uncertainty surrounding the eventual sale of all its Rosneft shares. It is intriguing to note that BP has turned to more so-called non-democratic countries for investment to secure a strong alternative to Russian gas, including the Shah Deniz gas field in Azerbaijan, which has the highest production expectations and has received little media exposure for its environmental degradation and corruption.

Shell followed BP in stating that it would launch sanctions against Russia, only to acquire 725,000 barrels of Russian crude at a low price less than a week later. While Shell immediately apologized and promised to stop buying Russian oil and gas, it also admitted that it could not instantly terminate its long-term energy purchase contracts with Russian companies, which have remaining performance periods ranging from 6 to 13 years.

A shipment of gas from Russia docked in Wales on March 4, as the ban issued by the UK Department for Transport restricted entry only to vessels registered in Russia. Throughout March, the average daily flow of Russian gas into major foreign markets has soared to its highest level in seven months. Additionally, the British public faces an extra £38 billion in annual household expenses as electricity and gas bills double.

Russia announced in response to financial sanctions that as of April 1, only rubles would be accepted as the settlement currency for gas transactions. The decision immediately pushed up the international price of oil and gas and put European energy companies at risk of defaulting on their contracts. European energy giants, including Shell Oil and German Energy Group, immediately lobbied the European Central Bank for emergency funding or corresponding funds or mechanisms to support them in case of contractual default, but were rejected.

Now, let’s look at the situation in the United States. The U.S. imports only 8 percent of its crude oil from Russia, and reducing or canceling those imports will have only limited impact on American energy supplies. The wells in Venezuela and Kazakhstan operated by Chevron have emerged as the best hope for replacement. While both Venezuela and Kazakhstan have significant proven reserves, Venezuela’s role in the global energy trade has been hampered for years by sanctions. Kazakhstan remains in political turmoil, and Chevron significantly reduced its investment in Kazakhstan in 2020, laying off nearly 40,000 local employees.

ExxonMobil announced it was suspending operations at the Sakhalin-1 project and began buying oil from Kazakhstan instead, completing shipments via the Caspian Pipeline Consortium. Although the consortium is operationally divided into two branches, Kazakhstan and Russia, Transneft is the largest shareholder. Unfortunately, because of stormy weather, the pipeline was forced to shut down in late March for maintenance, which is likely to last up to two months.

Increased geopolitical risk is expected to cause prices to be volatile in international energy markets, and average gasoline prices across the U.S. have broken all-time highs in every state. According to a recent poll in the United States, roughly 40 percent of the public blames the Biden administration for rising gasoline prices. With the midterm elections looming later this year, Biden announced on April 1 the largest-ever release from the country’s strategic oil reserves to help lower consumer prices. But the policy signals to the market will not only cause refiners to cut crude oil purchases in anticipation of decreased profits but will also drive continued high demand.

In fact, U.S. gasoline reserves are currently at their five-year average level, indicating that there is no severe shortage. Inflated demand is the primary reason for current high oil prices. In addition, although the plan calls for a daily oil releases of 1 million barrels for six months, the average daily maximum logistics capacity in the United States is only 4,000 to 5,000 barrels.

While energy restructuring is widely regarded as the ultimate solution to dependence on Russian energy, the world’s 60 largest banks, which have joined the Net-Zero Banking Alliance, continue to provide huge amounts of financing to traditional fossil energy companies, with total financing increasing by approximately $10 billion year-on-year in 2021. At the top of the list is JPMorgan Chase, which has also been the leading banker for Gazprom over the last six years.

In the nuclear energy sector, which is integral to clean energy development, all 93 commercial nuclear reactors across the U.S. rely heavily on uranium imports from Russia or Russian allies, with alternative sources still in the process of being found, according to the U.S. Department of Energy. At the moment, Russia and the United States are the only two providers of high-assay low-enriched uranium, or HALEU, for advanced nuclear reactors.

The global energy landscape is networked and complex. This means that in addition to calculating alternatives for supply and observing the layout of transportation infrastructure, we need consider the feasibility of alternative sources at the political, economic and corporate contractual levels. Significant elements are government perceptions of the diversity of energy categories, the financial markets’ willingness to finance, the operational requirements of companies and the population’s ability to pay more for oil and its readiness to accept limits on gas consumption.

It remains to be seen whether or not the unprecedented unity of the transatlantic alliance can sustain sufficient “moral clarity” to achieve the eventual goal of breaking dependence on Russian energy. After all, moral clarity requires not only a precise description of moral value but also a precise characterization of the facts upon which such a moral value is to be established on a case-by-case basis.