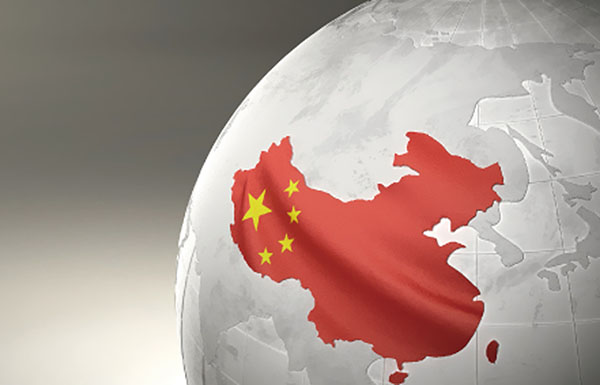 Room for China’s economic growth in the future

The approval of the draft 13th Five-Year Plan by the CPC tells the world that China will make efforts to keep a medium to high economic growth rate, setting 6.5% as the annual economic growth target so as to double China’s economy in 2020 based on 2010. Thus, the growth prospects of many industries in China’s economy are good opportunities for foreign enterprises.

China’s economic growth will rely more on innovation, technological innovation in particular. It will not only offer development opportunities to Chinese high-tech enterprises but will also provide some foreign high-tech innovating enterprises with new opportunities. In fact, many innovating technological personnel feel hard to find opportunities to develop new products in the developed economies. Soon after they develop some new products, those products will be bought out by many large multinationals. These multinationals control these technologies, unwilling to spread them to the market for fear of possible competition with the existing technologies. Innovators who feel this is unfair, and who hope that such products can be quickly introduced to the market and bring benefits are greatly attracted by China’s huge market and wish to realize their China Dream in China. These technological personnel are precious human resources available for China to develop an innovative economy.

In recent years, China’s overseas investment grew sharply. It both means that Chinese enterprises have increased their capacity and China has a huge demand for international industrial cooperation. Since China put forward the initiatives of the Silk Road Economic Belt and Maritime Silk Road, the initiatives enjoyed wide support from the countries along the routes. China’s overseas investment and foreign trade also have continuously developed with the implementation of the One Belt One Road initiative.

With the growing investment by Chinese enterprises in the countries along the One Belt One Road, China’s trade with these countries also grew substantially, partially offsetting the export slowdown to the traditional developed countries’ markets. For example, in the first seven months of the year, Guangdong’s import and export value constantly ranked first in China, totaling RMBY3.39 trillion, but a fall of 1.8% over the same period in 2014. At the meantime, Guangdong’ trade with the countries along the Silk Road showed upward momentum, with an export increase of 14% in the first seven months of the year.

China still has a huge market demand and is still the largest world importer of resources and energy. On the surface, China’s imports fell in 2015. But it was mainly caused by the price change of international commodity markets and does not indicate a fall of China’s total imports of raw materials and energy. The price drop for resources and energy was due to the change of the US dollar-exchange rate. To solve the issue, the exporting countries of resources to China have to consider denominating in the Chinese currency so as to avoid fluctuations in the future.

China has established industrial parks in many countries along the One Belt One Road, which has promoted their industrialization. These newly industrialized countries will bring the world markets more low-priced products that will counteract the huge liquidity released by the central banks of the developed countries since the world financial crisis, depress the world inflation rate and create a more stable expectation of the global economic development.

In the past, people measured China’s contribution to the global economic growth through China’s GDP growth. But many factors in the GDP are the profits created by the foreign companies’ investments in China. In recent years, with the big increase of China’s overseas investments, the profits made by the Chinese enterprises overseas also went up. Therefore, China’s GNP is rapidly growing, gradually reaching its GDP level. So people should take a new look at China’s contribution to the global economic growth.

China’s Economy Five-Year Plan One Belt One Road World Economy
printTweet
You might also like
Back to Top
CHINA US Focus 2018 China-United States Exchange Foundation. All rights reserved. Disclaimer