How Washington Should Respond to the “Road and Belt”

Major American think tanks are beginning to take the “Road and Belt” initiatives seriously. Recently the Center for Strategic and International Studies cosponsored a symposium on the “Road and Belt” with the Chongyang Institute for Financial Studies of Renmin University of China. The CSIS has also launched its own “Reconnecting Asia Research Initiative”. Scholars with the Brookings Institution, Center for American Progress and National Bureau of Asian Research have also started corresponding research projects. 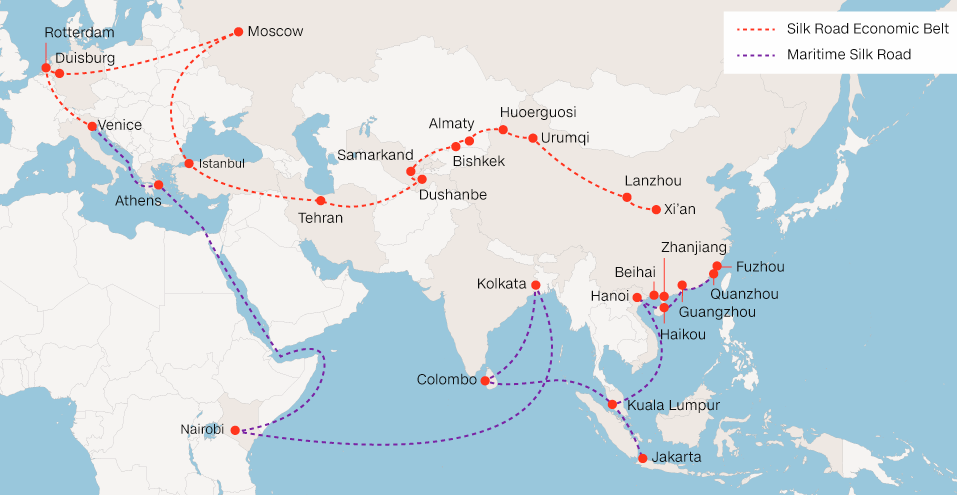 US “overreaction” to Chinese proposals has created obstacles to development of China-US relations over the past few years. In fact, Washington could have responded in more appropriate and smarter ways. The US government took great pains to dissuade European allies from joining the Asian Infrastructure Investment Bank headquartered in Beijing, on the grounds that the institution can’t meet the “highest global standards” in management and lending. Yet Britain, Germany and France chose to become AIIB founding members despite US opposition.

Financial Times chief commentator Martin Wolf, who had worked with the World Bank, said what the US was truly worried about was that China-initiated mechanisms may undermine American influence on the global economy, and Britain’s decision to join the AIIB was a significant blow to the US. Wolf was straightforward in pointing out that rise of the Chinese economy is both desirable and unavoidable, the world needs fresh mechanisms, and will not stop its progress just because the US refuses to participate. (Martin Wolf, “A Rebuff of China’s AIIB Is Folly”, Financial Times, March 24, 2015)

On April 13, AIIB president Jin Liqun and World Bank president Jim Yong Kim signed their institutions’ first framework agreement on joint fundraising. The agreement will allow the two parties to jointly fund development programs, meaning that the two international institutions have taken an important step forward in meeting the world’s tremendous demands for infrastructure. Before that, the AIIB had agreed with the US-and-Japan-dominated Asian Development Bank, European Bank for Reconstruction and Development, and the British Department for International Development on fundraising for development projects. The AIIB is expected to approve about $1.2 billion in fundraising programs, including support for road construction in Pakistan and Central Asia.

For Beijing, the AIIB is a test rather than a so-called triumph against the US. This is the first time for the Chinese to attempt to provide public goods in the field of international development, indicating Beijing is actively embracing multilateralism in global governance. Chinese leaders have sufficient motivation to support the AIIB to develop in a manner in conformity with the principle of “lean, clean, green”. The AIIB is expected to demonstrate higher efficiency, zero tolerance to corruption, and commitment to sustainable development. In particular, the AIIB hopes its staff would be a third of the World Bank’s when its registered capital equals that of the latter.

Fundraising needs for infrastructure investments will reach $10 trillion in the next decade. There will be no competition between the AIIB and other multilateral development institutions, such as the World Bank and Asian Development Bank. Instead, there is broad room for them to cooperate. Jin has stated on multiple occasions that American companies would not be excluded from the AIIB’s scope of business. American lawyer Natalie Lichtenstein, who had worked for the World Bank for nearly 30 years, has been hired by the AIIB as an adviser. The AIIB has its eyes on talents’ qualifications and capabilities, not which country’s passport he or she holds.

Beijing has also been open to Washington regarding the “Road and Belt”. During his visit to the US in September 2015, Chinese President Xi Jinping stated in explicit terms that the US is welcome to participate in the initiative.

In order to promote Afghan economic development and economic integration in Central and South Asia, the US put forward the “New Silk Road” program in 2011. By 2014, the program had been further focused on four main fields, namely developing regional energy markets, promoting trade and transportation, upgrading customs and border control, enhancing business and personnel exchanges. This is very similar to the goals of the China-proposed “Silk Road Economic Belt”, so it should be possible to dovetail the two programs.

In fact, China and the US have already been collaborating on Afghan affairs in the past few years. Now they need to take one bolder step forward. They can jointly support construction of such infrastructure facilities as power grid, upgrade of border facilities, and negotiations on border trade agreements. China and the US can also cooperate under such frameworks as the Central Asia Regional Economic Cooperation Program. In June 2015, Richard Hoagland, a senior official with the US Department of State, talked with officials with China’s National Development and Reform Commission on how to make the “New Silk Road” and “Silk Road Economic Belt” mutually complementary.

Beijing does not expect the Obama administration to enthusiastically support the “Road and Belt”, but it does hope that the American side can be serious about the tremendous potential for the two countries to formulate a global development partnership. The “Road and Belt” has offered a window of opportunities. The US should not overreact to every Chinese proposals. They are not in a zero-sum game. As veteran China expert Harry Harding said, “a more successful and confident United States would regard the rise of China with greater equanimity”. In the realm of international development, Washington doesn’t need to panic, it should instead be confident and take a different attitude – let China succeed.

AIIB One Belt One Road
printTweet
You might also like
Back to Top
CHINA US Focus 2018 China-United States Exchange Foundation. All rights reserved. Disclaimer