Investment Protectionism in the Name of National Security 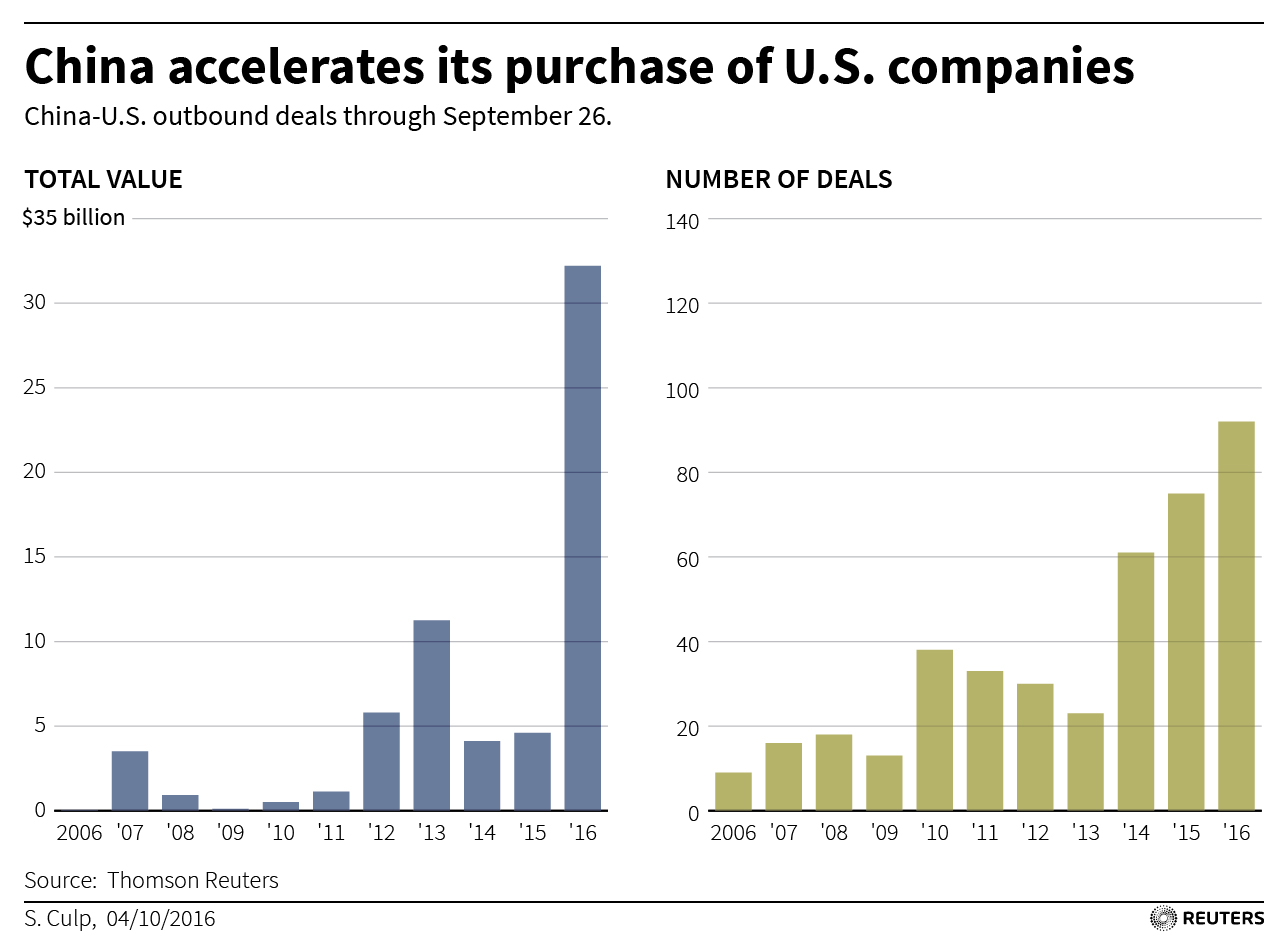 Recently, as President Donald Trump’s trade policy with China changed, relations between China and the US have strained. US investment protectionism has risen even further. A few days ago, four American senators submitted a bill amending the review of foreign investment in the US, which may affect global overseas direct investment.

Since the global financial crisis, US investment protectionism has become much stronger. Over the past few years, China’s overseas investments frequently went under national security review by the Committee on Foreign Investment in the US (CFIUS).

In November, the US-China Economic and Security Review Commission (USCC) suggested in its 2016 report that Congress should authorize the CFIUS to ban Chinese state-owned enterprises from gaining effective control of US companies, including through mergers. The USCC worried that, through mergers, Chinese enterprises could obtain American technology and intellectual property rights, which would compromise national security. The latest CFIUS report shows that US national security reviews of foreign investments are at an all-time high, and are more stringent than ever.

A crucial part of the US national security review system, the CFIUS is an interdepartmental reviewing agency led by the US Treasury Department, and is responsible for evaluating cross-border transactions to determine the potential impact of foreign investments on national security.

Transactions involving many different industrial sectors are submitted to the CFIUS for review. From 2009-2013, more than one third of review notices involved manufacturing (186 cases, accounting for 39%) and another one third of them related to finance, information, and services (164 cases, accounting for 34%). The other sectors involved were mineral, public utility, construction (91 cases, accounting for 19%), or wholesale, retail, or transportation. In fact, the definition of “national security” has expanded to include areas like energy, crucial technology, and services. If the national security review system is frequently abused by the government, it can become a tool to restrain or ban the inflow of foreign capital. In particular, the fact that the investment is intended for companies handling apparently sensitive technology or which are in supposedly sensitive industries becomes the reason for refusal. The investments that were refused involved mergers and acquisitions mainly in the fields of telecommunications, aviation, integrated circuits, artificial intelligence, and advanced materials. The prospect of data and user information falling into Chinese hands is deemed a security risk, which is the same excuse the US government has been using to restrict high-tech US exports to China for years.

A few days ago, the Trump Administration was considering expanding the power of the CFIUS and reinforcing the national security review.

The latest report from the US Department of Defense finds that China evades CFIUS scrutiny, using seemingly ordinary business deals to obtain sensitive technology. These deals include the establishment of joint ventures, small shareholdings, and early investments in start-ups. The report also says that many Chinese investments are small (lower than 10% shareholding), thus avoiding review.

It is more common to refuse or delay the approval of mergers involving Chinese enterprises on the grounds of mutual openness. For instance, China Telecom’s application for a license was not  approved, even after 69 months. The US side rejected the application, believing that China’s telecom market is not open. Like trade protectionism, investment protectionism also reflects the principle of “American interests first”.

Ultimately, economic and industrial structures determine the commercial relationship between China and the US. Rhodium, a research group, estimates that in 2016, the US became China’s biggest investment destination, with investments in  completed acquisitions and start-ups totaling $45.6 billion. China and the US enjoy complementary economic advantages which should outweigh competitiveness. These facts will hold true for a long time; any new conflict between the two countries  will harm both of them. Having already suffered from trade protectionism, the world might also have to suffer investment protectionism and barriers to the movement of resources.

China’s Investments in the AmericasChina-US Economic RelationsChina-US Trade
printTweet
You might also like
Back to Top
CHINA US Focus 2018 China-United States Exchange Foundation. All rights reserved. Disclaimer