Since the beginning of the new century, US treasury bonds have been issued rapidly on a huge scale and the situation is severe.

In the eight years of the George W. Bush Administration, US bonds accumulated to $4.9 trillion, not including the $5.7 trillion in bonds accumulated by previous presidents. On January 19, 2009, Bush handed over a big fiscal hole of $10.625 trillion to President Obama. 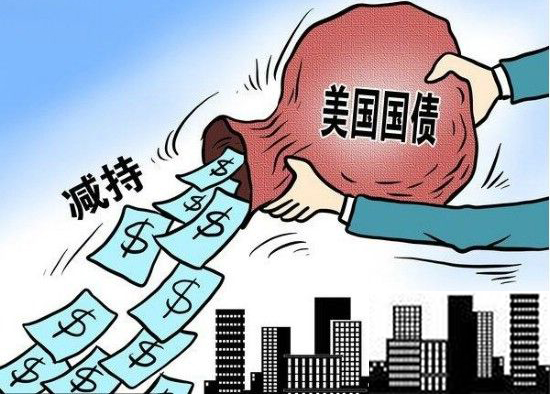 Obama took office at the time of a great recession. It was urgent to take emergency measures of expansionary fiscal stimulus so as to prevent the US economy from sliding into a great depression. To raise funds through the issuance of a large number of bonds, Obama accumulated $5.089 trillion financial deficit in his first term. By December 1, 2012, the US treasury bonds reached a new high level of $18 trillion. In his second term, Obama accumulated an additional fiscal deficit of $2.189 trillion. By the end of September, 2016, the US bonds amounted to $19.7 trillion dollars (with an average of $61,600 dollars per capita, equivalent to RMB419, 000). In 2015, the US debt accounted for 107.6% of the $17.94 trillion GDP, well over the 60% international financial warning line. The annual interest on treasury bonds to be repaid by the Federal government is $1.7 trillion. Ben. Bernanke, former chairman of the Federal Reserve, pointed out that by the fiscal year of 2020, the Federal government would have to raise $814 billion to pay the bond interest, amounting to one-tenth of that year’s government budget.

Faced with the huge debts, President Obama announced that he would cut his $400,000 dollar annual salary by 5% on March 1, 2013. All the cabinet secretaries volunteered to follow his suit.

In 2014, the US Congress passed the Foreign Account Tax Compliance Act to severely crack down on tax evasion by the US enterprises and residents overseas. $200 billion tax was said to be recovered every year.

These are entirely inadequate measures in face of such a huge debt. The US government mainly relies on issuing new debts to repay the old. Sooner or later, the US will find no market for its bonds. Failing to roll over the debts will trigger an unparalleled debt crisis.

President-elect Trump will focus on boosting the economic development when he takes office. The main measure will be a heavy reduction of tax. He says he will push for corporate tax to go down from 33%to 15% and taxes on the rich from 39.6% to 30%. Consequently, the Federal government’s tax income will substantially fall and fiscal deficit will soar. American economists predict that in Trump’s first term, US debt will skyrocket by $10 trillion dollars and as much as $30 trillion by the end of 2020.

How to repay such a huge debt? American financial expert Robert D. Arnott with the US Research Affiliates said in January 2010 that the US was very likely to have a technical default via inflation. It means that those countries that have lent money to the US may only have a partial repay. He said this was an act of theft but it could become a reality.

China should continue the reduction of the US bonds, leaving Japan as the first biggest creditor for the US.

China-US Economic Relations
printTweet
You might also like
Back to Top
CHINA US Focus 2018 China-United States Exchange Foundation. All rights reserved. Disclaimer