The Chinese-language media have been using two buzzwords a lot recently. One is Shi San Wu (13th Five-Year Plan, and the other is the name of the Chinese president — Xi Jinping. 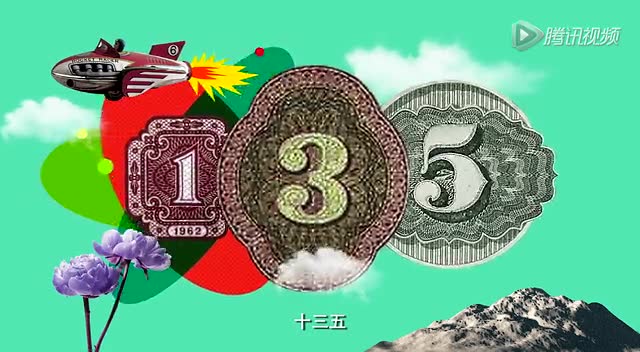 As a scholar told me wittily, if you build a link between the two buzzwords, you will be able to understand China better. Surprised by his comment, I asked why so. He offered his argument: Since Xi Jinping took the helm of China, his most inspiring policy and frequently cited slogan has been the “Chinese Dream”, and the basic goal of China’s 13th five-year plan is also to realize the “Chinese Dream”. In the proposal on formulating the 13th five-year plan on economic and social development adopted and released not long ago by the CPC Central Committee, the ruling CPC pledged, in five years from 2016 and on the basis of guaranteeing a medium- to high-speed economic growth, to deliver its poverty alleviation target set for 2020 when the Party celebrates its 100th founding anniversary — lifting the entire impoverished segment of its population, more than 70 million people, out of poverty, and completing the construction of a moderately prosperous society.

I know I used such special jargon and terminology in the Chinese political life, which may not be easy for my readers to understand. But, if you don’t use and understand them, you may find it difficult to understand China’s development.

The Communist Party shoulders a compelling responsibility in promoting China’s economic and social development. In terms of state governance, the responsibility is usually highlighted by the exertion of its powerful influence on the development of country’s economic and social affairs every five years, that is, the drafting of the five-year plan which sums up the past and charts the course for the coming years. Some Western economists praise China’s five-year planning system that sets binding and guiding goals. They believe that it is one of the factors that has been driving China’s fast economic development. Some others even believe that it holds the key to China’s rapid rise.

In fact, however, the five-year planning system is not enigmatic at all. Its birth and existence serve as manifestation and record of the extraordinary development path the People’s Republic of China has taken since its founding 66 years ago. The first five-year plan began from 1951 and ended in 1956. It was formulated in an attempt to learn from the Soviet Union of that time. The success of this five-year plan brought cheers and celebrations across the country. Unfortunately, however, the five-year planning system was disrupted when it failed to produce progress due to unrealistic governance by the policymakers and the turmoil of the 10-year-long “cultural revolution” (1966-76). The five-year plans either failed to materialize due to random policy changes or failed to deliver due to inaction in implementation.

The reform and opening-up policy, orchestrated by the late leader Deng Xiaoping, finally put an end to the chaotic social and economic development planning. From the sixth five-year plan to the 12th five-year plan, which will end this year, the Chinese government implemented consecutively seven five-year plans. It is safe to say that the historic economic achievements, made ever since the adoption of the reform and opening-up policy, are the natural outcomes of the development strategies and the medium- and long-term development plans, which were crafted by the Communist Party through pooling and mustering its political advantages.

Along with rapid economic development, particularly the ever-changing domestic and international markets, the Chinese government has refined the five-year planning system to highlight flexibility in planning and managing the economic goals. In formulating the 13th five-year plan, in particular, the CPC Central Committee set a precedent in promoting and deepening economic reforms with the plan as the starting point. In my opinion, the highest echelon of policymakers in the CPC Central Committee have reached highly decisive consensuses at least in the following two aspects.

First, the decision-makers have agreed and recognized that dividends of China’s first round of reforms have already been unleashed. China has entered into a new stage of development in which brand-new economic structure must be developed and fostered. During this stage, new concepts on development must be fostered and established, and the new concepts are the five ideas proposed by Xi Jinping, which are “innovation, coordination, the environment, opening up and sharing”. If the five ideas could be implemented completely, China will be able to avoid slipping into the “middle-income trap”.

Second, the top echelon of the Communist Party have fully realized that China’s domestic consumption still has great potential to grow when investment and foreign trade are losing momentum in driving economic growth. The frenzy of Chinese visitors shopping for consumer goods and luxury products across the world, particularly in the developed nations, and the annual online shopping bonanza on Nov 11 are shots in the arm for the central government, which has been vexed by the economic slowdown. The bright spots in the market and lessons learned from the market economy are all inspiring and enlightening to China’s top decision-makers: In today’s China, it is imperative to use the upgrading in the level and quality of Chinese consumption to promote and compel China’s economy and industry to upgrade.

Judging from the two points of consensus reached on the 13th five-year plan among the CPC Central Committee, it could be concluded that the Chinese government will, in the coming five years, emphasize people’s livelihood and well-being, and will effectively promote economic transformation and consolidation.

And judging from this perspective, the 13th five-year plan will once again test the wisdom and resolution of the ruling Communist Party.