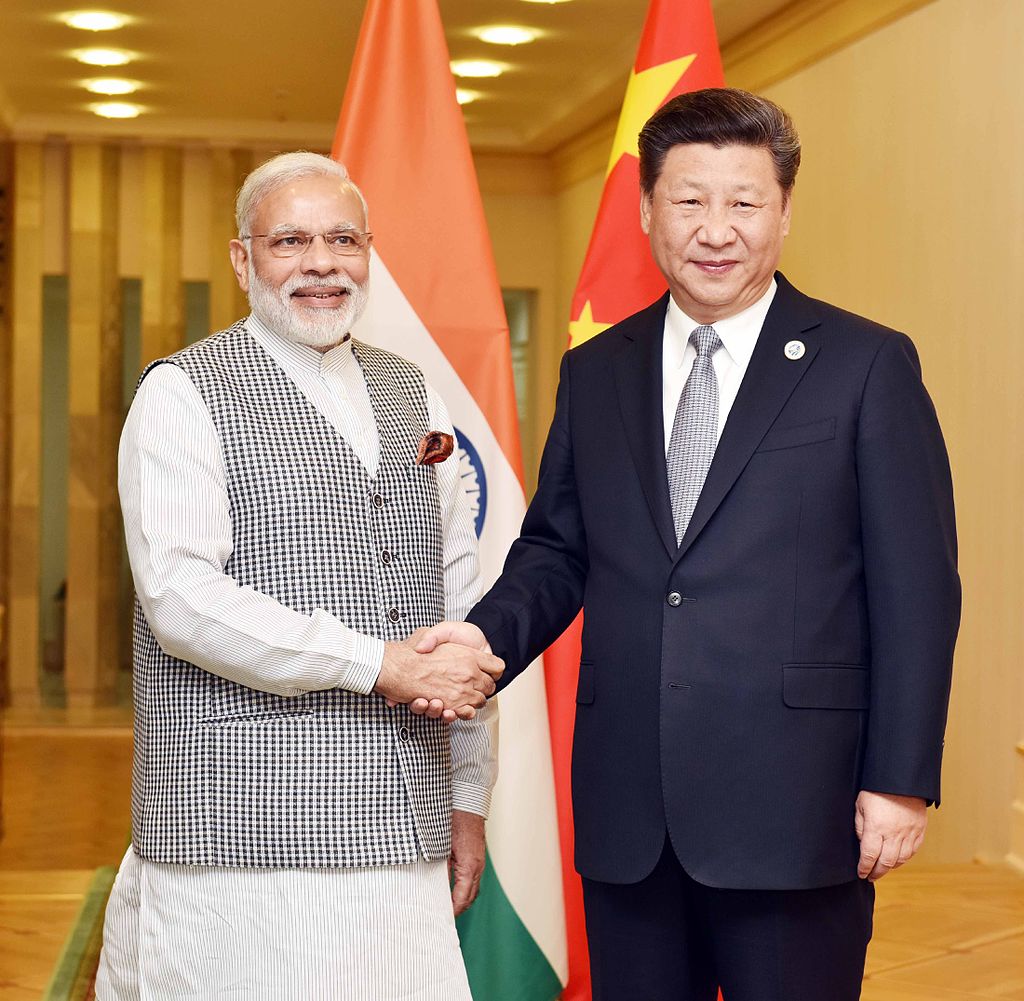 Although less covered in the media than the historic summit between North and South Korea, the same week, another summit took place: between Chinese President Xi Jinping and Indian Prime Minister Narendra Modi. The “informal summit” between the two leaders took place at the end of April at Chairman Mao Zedong’s summer villa in Wuhan, Hubei province. It is arguably more consequential than the Kim-Moon summit, as a “reset” of the Sino-Indian relationship that goes back for millennia.

The two ancient civilizations — Hindu and Confucian — had recorded relations even before 206 BC but interacted significantly during the Han Dynasty (206 BC-220 AD) and the rule of Buddhist Emperor Ashoka the Great (304-232 BC) of India. Through the contemporary trading networks of China’s maritime and silk routes, a wide range of merchants, pilgrims, and knowledge systems enriched Indian and Chinese cultures. Among them was the dissemination of Buddhism from India to China, which had a transformative effect on Confucian and Daoist culture.

At Modi’s request, Beijing and New Delhi agreed to meet for a “Chindia Reset.” Beijing’s choice of timing and location for the meeting is significant. The timing was an attempt to overshadow the American-led denuclearization of the Korean peninsula. The location was Wuhan, an intellectual mecca — the retreat of Chairman Mao and Politburo members. Mao once wrote a poem, “Great plans are afoot: A bridge will fly to span the north and south; Turning a deep chasm into a thoroughfare.” On this theme, Xi and Modi could bring about greater prosperity and peace for the northern (China) and southern (Indian) civilizations.

The Indian prime minister had two reasons for the summit. First, India’s regional power has been somewhat weakened by China’s increasing economic engagement with India’s neighbors Bangladesh, the Maldives, Nepal, Pakistan, and Sri Lanka. When Chinese troops entered the disputed Doklam tri-region of Bhutan-China-and-India last year, the Chinese military threatened the Indian forces as Beijing tried to extend the highway towards Bhutan, which has a “special relationship” with New Delhi. Second, Modi is focusing on winning the national election in 2019 as domestic issues and political protests have seemingly weakened his Hindu nationalist Bharatiya Janata Party. Modi is a strategic leader, especially in terms of thinking about the larger context of China’s transformative leadership with the Belt and Road Initiative (BRI) in Asia and beyond.

The New Era: An Asian Century

China and India — the second and seventh largest economies in the world — represent almost 40% of the world population and see each other as leaders of the “Asian century.” In the “new era” of President Xi, they will drive the engines of global economic growth, while the United States and Europe remain embroiled in the outdated game of geopolitics with Russia and the Middle East.

In the meantime, China is advancing its assertive foreign policy — with the BRI, the Asian Infrastructure Investment Bank, and the South and East China Sea disputes — while cleverly managing its relationships with the United States and other European powers. China’s global vision is carefully guided and executed by the two pillars of Confucian bureaucracy and the Communist Party of China. China’s ruling mechanism is now favorably viewed by many BRI-interconnected nations of Africa, Asia, and Latin America as more effective and efficient than the chaotic nature of India’s democratic governance.

The rapid development and modernization of China has, for example, proven that Beijing can govern its affairs better than India has over the years. Behind only in military power, China has also surpassed — and has a growing lead — in every economic and social development index compared with the United States, according to Harvard Professor Graham Allison.

Geopolitics of the New Age

Against China’s unprecedented global influence, Washington has tried to revitalize its old Indo-Pacific “Quad” strategy, bringing the arc of democracies of Australia, Japan, and India together as a unified force to counter China’s rise. Yet, America’s concerted military strategy only works if the United States has the economic maturity to address the increased defense expenditures and the much-needed domestic infrastructure development.

For India, a real alliance with the geographically distant United States is currently problematic, especially with the unreliable and chaotic nature of the Trump administration. The two populous markets need each other not only for economic reasons, but also Beijing and New Delhi have traditionally adhered to the Nonalignment Principle of Jawaharlal Nehru, the first prime minister of India, and Chairman Mao. As former nonaligned countries, both Beijing and New Delhi shared an idealistic vision of independent national sovereignty — free of the colonial and Cold-War mentalities.

Governance in a New Century

The Wuhan summit between Xi Jinping and Narendra Modi was driven by national interest, fear of external powers, and pride in civilizational cultures. The two nations could cooperate on commerce and investment as China has an increasing number of Indian workers, tourists, and students attending Chinese universities.

The border disputes are a concern for both countries. However, these challenges are being managed. India currently views China as a growing military power, surrounded by the smaller nations of Bangladesh, Nepal, Pakistan, and Sri Lanka, which are economically (and perhaps militarily in the future) aligned with Beijing’s sphere of influence. In such a scenario, India may likely consider the United States a potential democratic ally to counter China’s assertive behavior. At this point in time, however, being perceived as anti-China would not serve India well. Only time will tell whether China’s form of governance or India’s highly decentralized, diverse and noisy democracy will prove more effective.

Like President Nixon’s normalization of relations with China, which changed Sino-American relations permanently, the “Chindian reset” could well be a new beginning that allows the most dynamic region in the world to claim a “pacific” new Asian Century.

China TradeBelt and RoadChina-India Relations
printTweet
You might also like
Back to Top
CHINA US Focus 2018 China-United States Exchange Foundation. All rights reserved. Disclaimer