The Trade Wars of Codependency 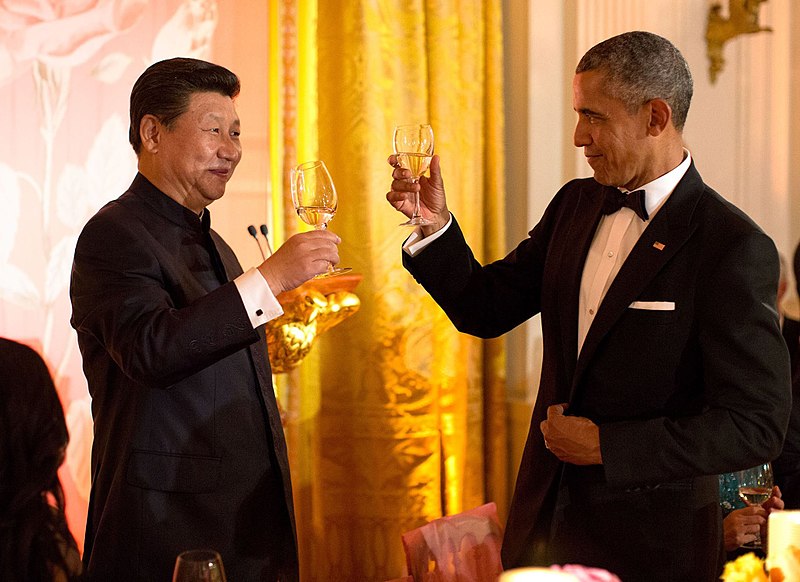 NEW HAVEN – Codependency never ends well in personal relationships. Judging by the ever-escalating trade war between the United States and China, the same is true of economic relationships.

While I published a book in 2014 on the codependent economic relationship between the U.S. and China, I would be the first to concede that it is a stretch to generalize insights from human psychology to assess the behavior of national economies. But the similarities are striking, and the prognosis all the more compelling, as the world’s two largest economies sink into a dangerous quagmire.

In its most basic terms, codependency occurs at one of the extremes of relationship dynamics – when two partners draw more from each other than from their own inner strength. This is not a stable condition. Codependency deepens as partner feedback tends to grow in importance and self-confidence steadily diminishes as a result. The relationship becomes highly reactive and fraught, with mounting tensions. Invariably, one partner hits a limit and seeks a new source of sustenance. This leaves the other feeling scorned, steeped in denial and blame, and ultimately with a vindictive urge to lash out in response.

The case for U.S.-China economic codependency has been compelling for many years. On the brink of collapse in the late 1970s, following the cumulative convulsions of Mao’s Great Leap Forward and Cultural Revolution, China was quick to turn to the U.S. for external support for Deng Xiaoping’s strategy of “reform and opening up.” Meanwhile, the U.S., in the grips of stagflation in the late 1970s, was eager to seek new growth solutions; low-cost Chinese imports were the antidote for income-constrained American consumers.

The U.S. also began to borrow freely from China’s vast reservoir of surplus saving – a convenient solution for the world’s largest deficit saver. Born out of innocence, this two-way dependency blossomed into a seemingly blissful marriage of convenience.

Alas, it was not a loving relationship. Deep-seated biases and resentments – China’s so-called century of humiliation following the Opium Wars of the nineteenth century and America’s inability to get out of its own skin when assessing the ideological threat posed by a socialist state like China – sustained a long-simmering distrust that set the stage for the current conflict. As the human pathology of codependency would predict, a parting of the ways eventually occurred.

China was the first to embrace change – committing to an economic rebalancing by shifting its growth model from external to internal demand, from exports and investment to private consumption. China’s progress has been mixed, but the endgame is no longer in doubt, underscored by a shift from surplus saving to saving absorption. After peaking at 52.3% in 2008, its gross domestic saving rate has fallen approximately seven percentage points and should continue to decline in the years ahead as China strengthens its long-porous social safety net, encouraging Chinese families to reduce fear-driven precautionary saving.

At the same time, an explosion of e-commerce in an increasingly digitized (that is, cashless) economy is providing a powerful platform for China’s emerging middle-class consumers. And a transformation from imported to indigenous innovation is central to China’s long-term strategy, both to avoid the “middle-income trap” and to achieve great-power status by 2050, as per President Xi Jinping’s “new era” centenary aspirations.

Consistent with the human pathology of codependency, China’s shifts have become a source of growing discomfort for the US, which can hardly be thrilled with China’s saving pivot. With America’s saving shortfall now worsening in the aftermath of last year’s poorly timed tax cuts, the U.S. will only become more reliant on surplus savers like China to fill the void. Yet China’s move to saving absorption narrows that option.

Moreover, while China’s nascent consumer-led growth dynamic is impressive by most standards, limited market access has constrained U.S. companies from capturing what they judge to be a fair market share of the potential bonanza. And, of course, there is enormous controversy over the innovation shift, which may well lie at the heart of the current tariff war.

Whatever the source, the conflict phase of codependency is now at hand. China is changing, or at least attempting to do so, while America is not. The U.S. remains stuck in the time-worn mindset of a deficit saver with massive multilateral trade deficits and the need to draw freely on global surplus saving to support economic growth. From the perspective of codependency, the U.S. now feels scorned by its once compliant partner and, predictably, is lashing out in response.

Which brings us to the burning question: Will the U.S.-China trade conflict end with a peaceful resolution or an acrimonious divorce? The lessons from human behavior may hold the answer. Rather than react out of blame, scorn, and distrust, both countries need to focus on rebuilding their own economic strength from within. That will require compromises on both sides – not just on the trade front, but also on the core economic strategies that both nations embrace.

The innovation dilemma is the most contentious issue by far. The conflict phase of codependency frames it as a zero-sum battle: US allegations of Chinese intellectual property theft are portrayed by the Trump administration as nothing less than an existential threat to America’s economic future. Yet, seen as a classic symptom of codependency, those fears are overblown.

Innovation is indeed the lifeblood of any country’s sustained prosperity. But it need not be depicted as a zero-sum battle. China needs to shift from imported to indigenous innovation to avoid the middle-income trap – a key stumbling block for most developing economies. The U.S. needs to refocus on innovation to overcome yet another worrisome productivity slowdown that could lead to a corrosive stagnation.

That may well be the bottom line on the trade conflicts of codependency. The U.S. and China both need innovation-led economies for their own purposes – in codependency terms, for their own personal growth. Transforming a zero-sum conflict of codependency into a positive-sum relationship of mutually beneficial interdependence is the only way to end this economic war before it turns into something far worse.