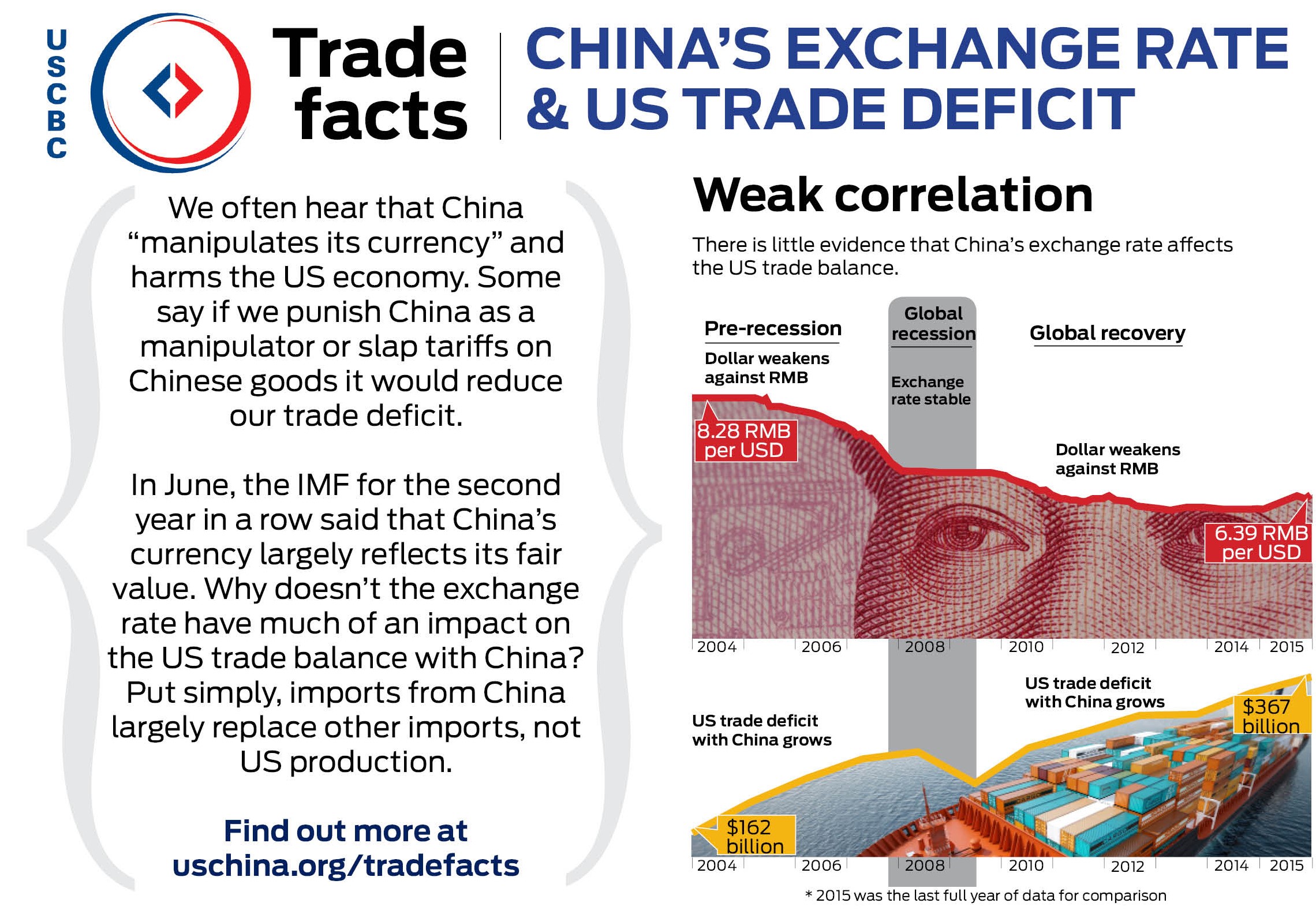 Though China does control the exchange rate, steady engagement and negotiation by the Treasury Department has led to a 20 percent strengthening of the renminbi (RMB) against the dollar over the past decade or so. In June 2016, the IMF for the second year in a row said that China’s currency largely reflects its fair value. Even some of the harshest former critics agree with that assessment.

Why doesn’t the exchange rate have much of an impact on the U.S. trade balance with China? Put simply, imports from China largely replace other imports, not U.S. production. Much of what we import from China used to be imported from Japan, Taiwan, and other Asian economies. Over the past two decades, Asian companies have shifted their export manufacturing to China. As China’s share of the U.S. trade deficit rose, the share of the U.S. deficit from the rest of East Asia declined. If we slapped tariffs on products from China, we’d just go back to importing those products from another foreign producer — and pay more for it. The biggest winners from a tariff on Chinese imports would be other foreign manufacturers; the biggest losers would be American households.

There are factors that make China’s exports to the United States cheaper than those produced in other countries or, in some cases, U.S.-made products. If those factors are due to unfair trade advantages, we should go after them with legally-sound, internationally-accepted trade actions. Standing up against unfair trade practices is the right thing to do.

But we are deceiving ourselves to think that “fixing” China’s exchange rate or slapping tariffs on all imports from China would have much of an impact on our trade deficit — or bring any benefit to the U.S. economy.