The first tangible outcome from U.S.-China trade talks in first the 100 days were announced in April after a summit meeting between Presidents Donald Trump and Xi Jinping. These outcomes were focused on a trade deal that will open Chinese markets to U.S. financial firms, as well as to exports of U.S. beef and Liquefied Natural Gas (LNG).

The deal, however, mainly picked the low hanging fruit in U.S.-China trade relations. It will do little to address the large bilateral trade deficit, since it only amounts to the potential of several billion dollars of increased U.S. exports. In the end, it ignored the major structural issues facing U.S.-China economic relations. 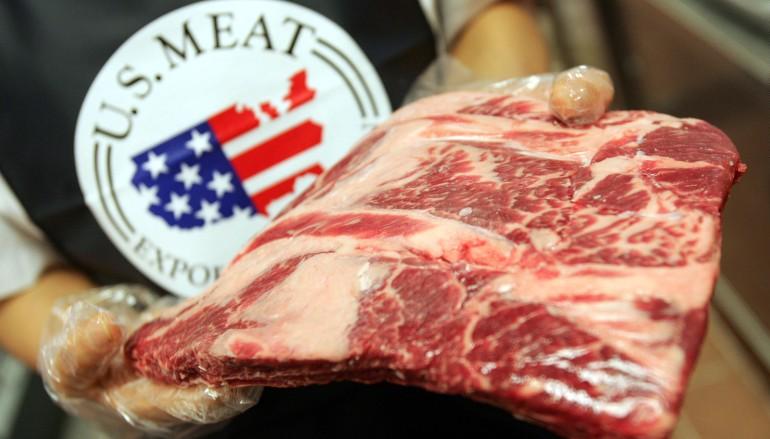 Fundamentally, the two countries stand at a crossroads of strategic challenges and choices in trade, economics, and politics at the moment. China is rapidly catching up technologically, and is becoming less dependent on U.S. export markets. At the same time, the United States has become more critical of Chinese cross-border investments into U.S. markets and to its attempts to wrestle tech leadership from American companies.

Major U.S. criticisms of Chinese economic policies, such as those favoring domestic producers with various trade and investment barriers, all come back to the same fundamental point: the two countries practice deeply divergent forms of capitalism.

For sure, capitalism in both countries relies on market competitive pressures and the accumulation of capital, mostly by private interests. However, China practices a conscious form of state direction to establish nationwide infrastructure systems and to foster new industries and upgrade existing ones.

This does not mean that China’s economy is solely dominated by the state. Quite to the contrary, China’s form of capitalism – Sino-capitalism – incorporates a highly vibrant and increasingly internationally competitive private sector. State-coordination top-down is juxtaposed with flexible network capitalism bottom-up.

The crux of the problem relates to highly divergent views on the role of industrial policy, broadly defined as any government decision, regulation, or law that encourages ongoing activity or investment in an industry. In China’s context of a mixture of state direction and vibrant private entrepreneurship, industrial policies have successfully targeted a range of advanced industries, such as photovoltaic panels, high-speed rail equipment, and internet services. They are now aiming at integrated circuit chips and many other leading technologies, ranging from biotech to nanotechnology and robots.

Industrial policy thus has emerged as a major plank in China to foster new, internationally competitive industries. Moreover, Chinese industrial policy is becoming increasingly sophisticated, moving away from old-style formulas focused on maximizing manufacturing employment and output to creating the soft and hard infrastructures for private entrepreneurs to innovate and succeed.

Since the 1980s the United States government has mostly abrogated its policy obligations to foster new industries. Industrial policy became a dirty word in the American economic lexicon. Naturally, there have been various attempts in defense, by local U.S. governments, and by collaborative research endeavors sponsored by universities and federally-supported research institutes.

However, the difficulty of implementing industrial policy in the U.S. system is expressed by the case of Solyndra, a California-based solar panel manufacturer that received a high-profile $535-million Energy Department loan guarantee, but then filed for bankruptcy protection in 2011. The outcry from the media and partisan bickering over its bankruptcy showed how even one high-profile case can jeopardize a whole industrial policy program in the United States.

Ironically, just as China is moving away from more direct and blunt instruments of industrial policy, the United States seems to be moving in exactly this direction. President Trump in his “America First” rhetoric has focused on manufacturing employment and GDP growth, policy pronouncement more typical of developing economies. Trump also has directly strong armed various industries to keep jobs in America, and ventured to use the highly blunt instruments of trade protectionism and tax cuts to help American industry.Much of this “America First” industrial policy is probably in reaction to the practices of Sino-capitalism, especially perceived successes of China in upgrading industry and achieving export competitiveness. This “America First” policy package, however, could do more harm than good, leading to diminished productivity growth, rising inflation, and possible retaliation from trade partners.

A much better approach would be for the United States to focus on its strengths and take a page from the Chinese experience by fostering industries fueled by innovation-driven growth, not old smokestack industries such as coal, oil & gas, and air conditioners. But to get to this point, the U.S. administration will have to face squarely the unique challenges posed by the Chinese political economy.

It is not that China is playing the game unfairly, but rather that it (like its predecessors in Europe and East Asia) has arranged its institutions to undertake catch-up industrialization. As China’s economy is maturing, its industrial policy tools are now changing. And this change provides a unique opportunity for a deeper congruence between the Chinese and American economies.

This does not mean that U.S. policy makers should diminish pressure to open Chinese markets. There are many protective measures and an overall lack of transparency in the Chinese political economy that make entering its markets difficult for foreign firms. However, many Chinese reforms seek to address exactly these barriers, in part because domestic innovation and entrepreneurship suffer from the same impediments, including too much bureaucracy.

At this strategic inflection point, a better approach would be to seek closer economic ties that build on the respective strengths of each nation. Pressure from Washington D.C. can only tinker with the basic structure of China’s political economy and bilateral trade deals will not address the fundamental differences between the two political economies.

Sufficient mutual understanding of the different dynamics driving the two forms of capitalism, on the other hand, can generate new methods and means to detect areas of cooperation. Especially in innovation systems, there exist strong complementarities between China and the United States that can aid both economies. With renewed attention and investment in U.S. innovation and basic science, a cooperative spirit could even enable Chinese industrial policies to yield distinct benefits to American industry.