Trump’s “America First” Trade Frictions Are About to Begin 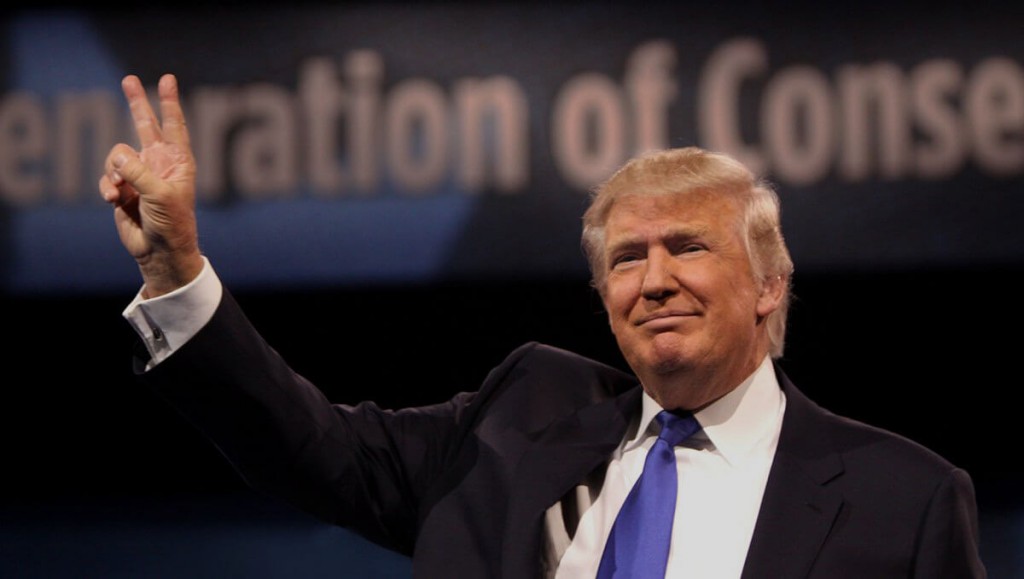 As the Trump administration’s first U.S.-Sino Comprehensive Economic Dialogue (CED) ended in Washington, it could only agree on three no’s: canceled news conferences, no joint statement, and no new announcements on market access by the U.S. to China, or by China to the U.S.

A simple scenario is that the CED has paved way to a major trade conflict between the U.S. and China. Yet, despite tough political rhetoric, economic realities do not seem to support such a view, at least yet.

A more nuanced scenario is that, while the Trump administration was willing to penalize the Sino-U.S. economic dialogue over slow progress in deficit reduction and perhaps North Korea’s geopolitics, it also wanted to use the CED as a ‘demonstration effect’ in the impending NAFTA talks and trade reviews – to signal determination.

From trade pragmatism to friction

In fact, the shadows over the CED talks emerged a while ago. After the Trump-Xi Summit in early April, the U.S. and China announced a 100-day Action Plan to improve strained trade ties between two nations. Yet, only two weeks later, Trump issued a Presidential Memorandum, which directed Ross to investigate the effects of steel imports on national security, using the basis of the Trade Expansion Act of 1962.

As Trump returned from his visit to France, he ramped up the heat. “They're dumping steel and destroying our steel industry,” he said at the eve of the CED. “They've been doing it for decades, and I'm stopping it. There are two ways: quotas and tariffs. Maybe I'll do both.”

While China’s Ambassador to the U.S., Cui Tiankai warned the U.S. of “troubling developments” that could derail the bilateral relationship, U.S. Commerce Secretary Wilbur Ross added heat by stating that he would present Trump a range of options to restrict steel imports on national security grounds.

It was precisely those actions that Trump alluded to in his pre-CED statement, including imposing import quotas, license fees on imported goods, or negotiating more restrictive trade agreements.

What is important to understand is that the odd emergence of steel as a national security threat was not presented only as a bilateral Sino-U.S. issue. Rather, it was offered as a multilateral challenge.

As steel imports suddenly became an issue of “national security,” U.S. Defense Secretary James Mattis was dragged into the debacle. And by mid-June, Europe’s NATO leaders joined in as well. They launched an extraordinary lobbying campaign against an anticipated U.S. crackdown on steel imports, which, they said, would hit U.S. allies more than China. Consequently, Mattis – not Commerce Secretary Ross – has been hearing the cases of apprehensive German and Dutch NATO leaders and passing on their concerns to the White House.

Washington’s European NATO allies do not buy the national security argument. Consequently, some EU leaders are ready for retaliation if the Trump administration will walk the talk.

In North America, U.S.’s NAFTA partners have been monitoring the debacle very closely. If the Trump administration plans to use steel as a national security threat, Canada and Mexico understand quite well that the real focus will soon be more on NAFTA rather than just China or Germany.

Today China produces almost half of the world’s steel, but its U.S. market share in steel is marginal: less than 2%. In America, the largest steel importers include Washington’s NAFTA partners, Canada (almost 17%) and Mexico (nearly 9%), East Asian giants South Korea (12%) and Japan (nearly 7%), as well as Brazil, Turkey, Russia, Germany, Taiwan, Vietnam – and only then China.

So if Trump really is “hell-bent on imposing” major tariffs on steel, it is America’s NAFTA partners that will be the first to feel the heat. But if Trump plans to move further to imported aluminum, semiconductors, paper, household appliances, that’s when China and other major importers will become targets as well.

What next and when?

Recently, Commerce Secretary Wilbur Ross seemed to be pushing for a trade war over steel in a closed-door meeting with Senate Finance Committee members, but he did not put a time frame on his review's release. Officially, he has 270 days to submit a report to Trump – which means anytime between soon or by late fall.

Now, if Ross finds that steel imports threaten to impair U.S. national security, Trump must determine within three months whether he concurs with Ross’s findings; and what actions should be taken.

However, the highly anticipated NAFTA talks will move ahead faster. According to the U.S. Trade Representative (USTR), Lighthizer’s recently released negotiating goals, the main objective is to reduce U.S. trade deficit. What free-trade advocates find distressing is that USTR’s goals reveal little about such flashpoints as dispute-settlement mechanism, intellectual property, and rules of origin. What they see as reassuring is that the USTR’s objectives build on existing agreements, including WTO measures and some elements of the Trans-Pacific Partnership agreement (which Trump buried during his first day in the office).

Nevertheless, the NAFTA talks are likely to prove long and confrontational. And even more importantly, the NAFTA objectives are likely to be deployed as a template not just for other pending trade reviews (particularly South Korea), but with perceived “deficit offenders” in Europe (especially Germany) and Asia (China, but also Japan).

The planned steel import tariffs are likely to illustrate the White House’s effective objectives. During his campaign, Trump spoke about 45% import tariffs. In the past few months, his team has floated the idea of 10% tariffs. But in a recent White House meeting with some 22 leading officials, Trump made clear that he would be willing to impose 20% tariffs, even if almost 20 of those officials were against the idea.

If that’s the case, why would Trump be so willing to against the mainstream?

President Trump’s focus has never been on the middle-of-the-road of America, but on those constituencies that made possible his win through the Electoral College and on his campaign objectives that these constituencies supported – particularly “America First” trade policy predicated on deficit targeting.

And timing is even more important. In the past few months, Republicans have failed twice to repeal Obamacare, and the Trump administration’s tax reforms have stalled in the Congress.

In the medium-term, the Special Counsel Mueller’s investigation may seek to undermine Trump’s political future. In the short-term, it will complicate any reforms that require support by the Congress. However, the investigation is less likely to tie Trump’s hands in trade policy, which can be built on executive powers.

And perhaps that’s why President Trump was willing to ramp up the heat in the first Sino-U.S. economic dialogue. He needs perceived short-term wins to appease his constituencies and to restore the administration’s credibility – even if it means alienating America’s longstanding NATO partners in Europe, NAFTA partners in North America, East Asian partners Japan and South Korea – and China.