US Accounting Oversight Would Not Have Prevented Luckin, but New Rules in China Might 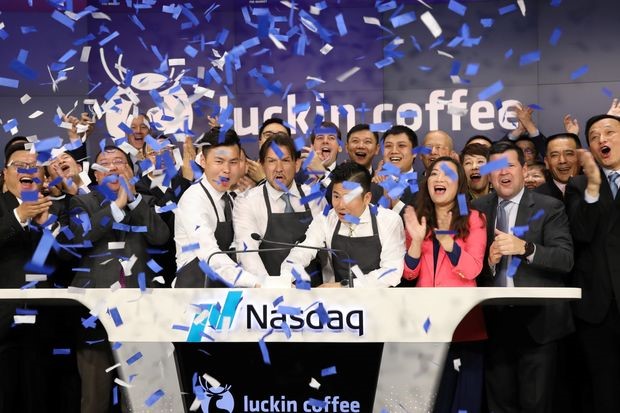 The US Senate has passed a bill restricting IPOs of Chinese firms on US exchanges. The drumbeat escalated last month in light of the recent fraudulent activity at Luckin Coffee. With both political parties looking to appear tough on China in this election cycle and the next few years, there’s little doubt this bill will become law.

The purpose of this piece is not to second guess that decision. The purpose is to argue that the rules Chinese companies were not following would not have materially changed matters. It would not have prevented the next Luckin from happening. But change within China may do that instead.

Implicit in many a commentator’s piece on this topic is that Chinese companies are actively seeking out listing in the US because the rules here are loose. Or they are deliberately taking advantage of a legal loophole which allows Chinese companies with offshore holding structures to operate in a legal no man’s land. Where a US judgement cannot be enforced in China for lack of enforcement treaty and because the listing vehicle is technically not Chinese thus falling out of China’s security regulator’s jurisdiction. Or because the US and China have not agreed on procedures that would allow the US non-profit Public Company Accounting Oversight Board (PCAOB), established under the Sarbanes-Oxley Act to “audit the auditors” of Chinese public companies listed in the US.

Contrary to many commentator’s beliefs, in my experience, the world’s leading technology companies such as Alibaba and JD.com seek listings on US exchanges because of the deep, liquid, and sophisticated capital markets there which have no rival in the world. There is no evidence to suggest that the vast majority of companies would hesitate to submit to an audit of their auditors by the PCAOB but for the fact that Chinese authorities will not generally permit it at this time.

I would argue that a PCAOB review of pre-prepared audit working papers in or translated from another language, half-way around the world is of dubious effectiveness.

Instead, if we are going to stop companies from committing fraud, we first need to incentivize whistleblowing.

In China, this is where the process is breaking down. IPO advisors (inclusive of auditors) may be sheltered before or after an IPO from information that would show a potential fraud. But there are usually enough red flags to cause someone to ask questions. And these questions can start to trigger refusals by the company to share more information.

It is at this point where advisors and auditors often stop asking those tough questions. Much of the information-gathering work is pushed to junior associates for cost reasons, and for small company IPOs, much of the work is outsourced to local firms, as opposed to Big 4 joint ventures, for a reduced fee.

The process within large accounting and auditing firms and the cooperation between multiple auditing firms on an IPO can enable a bureaucratic “passing of the buck,” along with the caveating, rationalizing, dissolving responsibility to ask the right questions, and follow through on getting answers.

Despite their reluctance to agree to allowing companies to freely share information with the PCAOB, Chinese regulators are just as disgusted with the Luckin case as their SEC counterparts and are more willing to cooperate.

A new China securities law came into effect on March 1, which allows Chinese investors to bring a suit against a company for claims of fraud. It is already being used against Luckin with a lawsuit filed in April.

The new law, of course, was never designed to protect against defrauding foreign investors. But it is still an effective deterrent for preventing fraud. Where it will have the most effect is in the area of professional advisors, who now should be covered under the law.

Auditing these firms in China are majority Chinese-owned, locally registered joint ventures of their Big 4 namesakes – similar to the practice in most countries. Liability is limited to China and there is no threat of an Enron replay bringing down Arthur Anderson.

But this “Arthur Anderson risk” was never the risk auditors were worried about. Yes, punishments in China are sometimes selectively enforced and, yes, some cases will be reviewed, and some will not be depending on how sensitive an investigation might be. But even if executives at a company (with lots of stock upside) might be willing to take that risk of no oversight for the reward of a big payday in US markets, no auditor would take that risk for the fixed fee arrangement of auditing an IPO.

These auditors live and work in China. And in China, their regulators do not worry about large companies having dispersed responsibilities with no smoking gun that points to one responsible person. When something goes wrong, they go straight for the person who must be designated on most kinds of regulatory filings as the “responsible person”, often the registered legal representative. The new law will spur a renewed push within these professional firms to drill down whistleblowing if nothing else but to save the skin of senior management at the firm.

Human nature wants to believe a good story, a story that will also make them money. Luckin was a great story about the upstart local brand better in touch with technology taking on the goliath, Starbucks. Its growth was mesmerizing and duped people who otherwise should have seen the red flags coming or, at least, better educated themselves on the risks of not being able to double-check their auditor's work or having recourse in case of fraud. If nothing else, the risk inherent in non-US companies listing should have been factored in and assumed by those buying shares.

We’ve seen people like US Senator Marco Rubio making the case for not allowing Chinese companies to list in the US for years, but no one has taken it up until now. The convenient explanation was always that there is too much money to be made on Wall Street from doing these IPOs.

In reality, the action has only finally been taken in 2020 because we have a very high-profile case for an issue which conveniently fits a campaign theme for both political parties. I would argue many of us in the US don’t feel too much sympathy for those investors who probably, to some degree, should have seen the bad ending to this wild growth story coming.

Regardless of whether justice is served for these investors, it’s doubtful that requiring China and Chinese companies to play by the same accounting oversight rules was going to prevent a case like Luckin in the first place. Instead, local law with teeth that motivates local actors to find and discover the fraud is much more effective.

China’s Overseas Investment
printTweet
You might also like
Back to Top
CHINA US Focus 2022 China-United States Exchange Foundation. All rights reserved.