What Does SCO Expansion Mean? 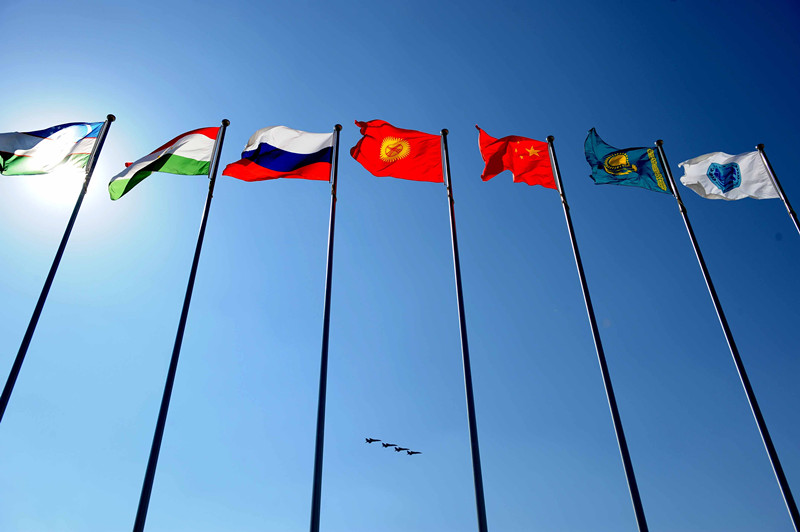 Incorporating India and Pakistan is a major move that changes global geopolitical and economic patterns, turning the SCO into a regional grouping of global significance. It now accounts for about 80 percent of Eurasia’s territory, 44 percent of the world’s population and 24 percent of the global GDP.

Through this expansion, SCO territory spans from the Pacific Ocean to the Indian. Yet this is certainly not the final boundary of the organization, with a number of candidate countries waiting in line for membership.

UN Secretary-General Antonio Guterres said at the summit meeting that the SCO is becoming one of the world’s gravity centers and a cornerstone of the current world order. Some SCO leaders also believe the expansion will lay a solid foundation for the grouping’s future development. The logical next question is: Where will be its reasonable destination and optimal boundary? From the perspective of Eurasia geopolitical relations, Iran and Turkey, both anxious for SCO membership, already have current members debating potential benefits and risks. From the perspective of global balance of power, it takes considerable weighing and balancing to evaluate the possible outcomes as NATO expands eastward and SCO westward.

While SCO members celebrated the successful expansion at Astana, Qatar, a small country on the Arabian Peninsula, found itself in a diplomatic whirlpool of isolation spearheaded by Saudi Arabia and Egypt. On the surface, this rare infighting was triggered by Qatar’s allegedly sheltering such “terrorist organizations” as the Muslim Brotherhood. It was actually meant to cut off the close relationship between Qatar and Iran.

Since the founding of the Islamic Republic in 1979, thanks to its attempt to export Khomeini Doctrine, which opposes hereditary rule, kingship, capitalism and Zionism, Iran has been a strategic foe of such neighboring Arabian monarchies as Saudi Arabia. The Persian-majority country that has been the base camp of Shia Islam has assumed the role of challenger in the Sunni-dominated Islamic world, leading to the Gulf Cooperation Council, a regional integration organization featuring six Arabian monarchies.

Wrangling between the two camps extended rapidly throughout the Middle East in the wake of the collapse of the Saddam Hussein regime in 2003 as well as the geo-political tsunami following the 2011 “Arab Spring”. The “Shia arc”, with Iran at the center and the governments of Iraq, Syria and Lebanon as well as al-Hūthiyyūn in Yemen as allies, rose rapidly with Russian support. They have not only engaged in direct gaming with such rivals as Saudi Arabia in the three hot battlefields of Iraq, Syria and Yemen, the momentum is also affecting internal stability of the monarchies.

This new strangling effort by multiple countries on the east coast of the Persian Gulf in public opinion, diplomacy and economy is a further move aimed at pressuring forces inside the Arab camp to thoroughly separate from Iran after Saudi and Egypt designated the Muslim Brotherhood in Egypt, the Lebanese Hezbollah and Hamas in Palestine as “terrorist organizations”. It is an extension of the traditional wrangling between the two camps, and a new play in regional geopolitical games.

That five major Islamic powers simultaneously find fault with Qatar is not only baffling to many outsiders, but also should serve as a call for prudence when SCO considers westward expansion, especially regarding the inclusion of Iran and Turkey. From the perspectives of land area, population, natural resources, economic development and cultural influence, accepting Iran and Turkey is conducive to SCO growth, and will undoubtedly boost the regional security mechanism’s comprehensive strength and impact. Yet we must give due consideration to the long-term spillover when incorporating such predominately single-nation countries, who happen to sit at key strategic crossroads.

From the perspective of balance, if, following the practice of simultaneously adopting India and Pakistan, SCO invites GCC members to join it after admitting Iran, what would happen to Egypt, another major country spanning Asia and Africa? If Egypt is invited, does that mean SCO will gradually take in the Maghreb area and thus finally push its western boundary to the Atlantic? Will including Iran, the Arab world and Israel help solve the 70-year-old disputes in the Middle East?

Turkey’s strategic position and troubles are no less thorny than those of Iran. It is not only an early NATO member, but also desperately in love with the European Union. It is the Mediterranean outpost of NATO and EU eastward expansion. Accepting Turkey means the SCO not only includes all of West Asia, but it also will border on the Balkan Peninsula, reaching deep into the hinterland of the Middle East, which the Europeans have deemed as their backyard. In that case, it also means Turkey will have to choose between becoming NATO’s Turkey or SCO’s Turkey.

At a more macro level, NATO has never slowed its pace of eastward expansion. Its latest move was adopting the Republic of Montenegro as a member. Nor has it stopped going southward. If the SCO continues expanding, particularly if it includes Iran, Turkey, Armenia and Belarus, the two security groups will go head to head, and the situation will become extremely tricky and complex.

Therefore, after finishing membership procedures for India and Pakistan, the SCO should refrain from considering further expansion for a while, try to digest the newly added complexities, and concentrate on enhancing economic interactions, so as to maintain a balance between its two engines, security and economics.