What Does the CFIUS MoneyGram Ruling Say About U.S.-China Trade Relations? 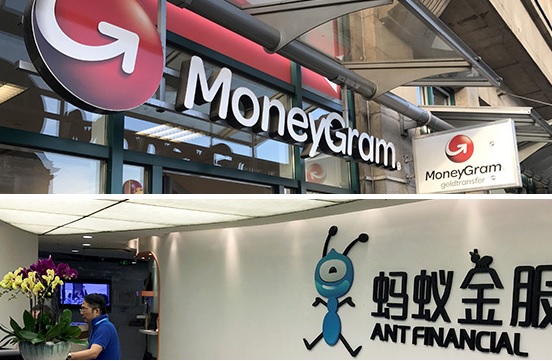 On January 2, 2018, the U.S. Committee on Foreign Investment in the United States (CFIUS) blocked Ant Financial’s proposed acquisition of U.S. money transfer company MoneyGram. Ant Financial is a Chinese technology company owned by Jack Ma and other Alibaba executives. While the CFIUS ruling is a major blow to Jack Ma’s ambitions to expand his financial services empire, it also raises a number of larger questions about U.S.-China trade regulation under the Trump administration: To what extent are CFIUS decisions influenced by the Trump administration’s policy preferences? Will ‘national security’ concerns play an increasing role in the regulation of U.S.-Chinese investment partnerships? And how will a more aggressive CFIUS impact U.S.-China trade and Chinese investment in the United States over the medium-to-long term?

The CFIUS is a U.S. interagency committee chaired by the Secretary of the Treasury with additional members including the Secretaries of Defense, Homeland Security, Commerce, State, Energy, Labor, and the Attorney General. In reality, much of the day-to-day work of the Committee is done by the staff of the Treasury Department. The CFIUS is tasked with determining whether foreign investments might impair the national security interests of the United States, and it is empowered to block transactions on those grounds.

It is important to note that all of the CFIUS’s heads are high-level political appointees, not career staff. Additionally, the President’s office is also permitted to make any final determination on particular deals at its discretion. These two facts suggest that CFIUS rulings are likely to be influenced by the political preferences of particular administrations. However, the CFIUS is prohibited by statute from explaining the reasons behind any of its particular findings, so we cannot be completely sure why it blocks any individual deal.

Under the Trump administration in 2017, the CFIUS appeared to harden its stance on foreign, and particularly Chinese, investments. In the first half of the year it blocked at least nine acquisitions, a historically-high number, though it should be noted that the volume of CFIUS applications has also increased dramatically in recent years. Chinese companies have increasingly sought to raise their foreign direct investments and are highly-interested in gaining a stake in U.S. technology companies. Historically, the CFIUS has payed particular attention to deals involving Chinese companies, with most covered transactions over the previous three years stemming from Chinese investments in the United States.

The apparent increased scrutiny of Chinese investments under the Trump administration is not a departure from the norm so much as an acceleration of an existing trend. Over the past decade, politicians and policymakers in D.C. have adopted an increasingly confrontational stance toward China on both geopolitical and economic issues. The Obama administration already began to intervene more heavily in Chinese investment in the United States, including blocking the takeover of a semiconductor company and even preventing wind turbine construction due to the proximity of the turbines to a Navy facility. These interventions occurred amidst heightened tensions between the U.S. and China regarding cyberespionage and the South China Sea island disputes.

The oddity of the CFIUS’s action on the proposed MoneyGram acquisition is that the deal poses no obvious national security risk, unlike the perhaps more compelling cases of semiconductor companies and companies dealing with critical infrastructure. This action may be one of the more obvious examples of the weaponization of national security discourse as a means to restrict Chinese investment for straightforward economic protectionist motives. Rising pressure from U.S. domestic industries, Congress, and the White House will only increase the likelihood of such actions by the CFIUS in coming years. Indeed, recently-introduced bi-partisan legislation would greatly expand the scope of transactions that would be covered by CFIUS review. In case any doubts about motive remained, one of the bill’s sponsors succinctly described the legislation as “taking aim at China.”

It seems clear that general concerns about Chinese investment, as opposed to specific ‘national security’ concerns, are driving increased scrutiny from the CFIUS. While some disruption to Chinese investment in the United States seems certain, the future extent of the disruption is not. The general rise of China’s foreign direct investment is obviously not going to be stymied by haphazard interventions by the CFIUS. However, retaliatory restrictions by the Chinese government (which should be expected) and increasing mutual antagonism on trade issues could pose risks and ultimately create substantial uncertainty in U.S.-China trade relations.

One final issue is whether U.S. officials will seek to use CFIUS rulings as a means to apply pressure on China in the context of other U.S. foreign policy interests like the ongoing dispute with North Korea. Given the previous behavior of the U.S. government, such a strategy is certainly not out of the question. Those with an interest in U.S.-China trade relations and investment partnerships should thus pay attention to the general state of U.S.-China relations as an additional indicator of the likely hurdles that will face future endeavors. For now, we should expect CFIUS actions like the MoneyGram ruling to become increasingly common.

CFIUSChina-US TradeTrump and China PolicyChina’s Investments in the Americas
printTweet
You might also like
Back to Top
CHINA US Focus 2018 China-United States Exchange Foundation. All rights reserved. Disclaimer