Why Should the Renminbi Be Included in the SDR Basket?

The international community has been paying much attention to the possible inclusion of the renminbi, or the yuan, in the Special Drawing Rights basket of reserve currencies by the International Monetary Fund. IMF Managing Director Christine Lagarde said during her recent visit to China that progress in the renminbi internationalization in the past few years has basically brought the yuan to the criterion of a freely usable currency, and the inclusion of the yuan in the SDR basket is not “a question of if” but “a question of when”. On May 29, the G7 leaders reached a consensus that the yuan should be part of the IMF’s basket of reference currencies, but technical reviews should be completed first. 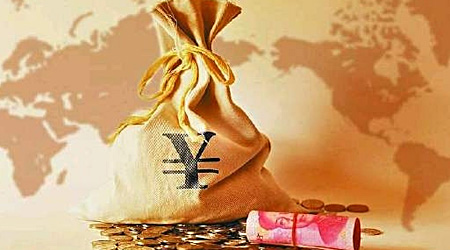 During the IMF technical reviews, the renminbi will have to meet two conditions before it could be included. The first: whether or not the value of the exports of goods and services in the five years prior to the reviews is one of the biggest in the world. The SDR basket of currencies now includes the dollar, euro, pound sterling and yen; this means that China’s export value of goods and services should be higher at least than that of Britain or Japan.

The second important condition is that the renminbi must meet the criterion of a freely usable currency under IMF Article XXX(f), that is, widely used to make payments for international transactions and widely traded in the principal foreign exchange markets. This criterion could be divided into four specific indicators: The weight in the composition of the official IMF foreign exchange reserve currencies; the Bank for International Settlements statistics on international banking liabilities and cross-border deposits; the BIS statistics on global bond markets; and the BIS statistics on global foreign exchange market transactions. During the 2010 technical reviews, the renminbi failed to be accepted due to its weakness in the first and fourth criteria.

At present, the renminbi has shown its strength in cross-border deposits and foreign exchange market transactions. At the end of 2014, the amount of offshore renminbi deposits stood at about 2.8 trillion yuan, next only to the four SDR reserve currencies. Also at the end of 2014, the renminbi fared very well in the foreign exchange market transactions, ranking sixth among all currencies.

If the renminbi could be included in the SDR basket of currencies, it will not only be a recognition of China’s ever-rising status in the global economy and financial market, but will also mean that more countries will use the renminbi as one of their reserve currencies, thus further speeding up the renminbi international process. The inclusion will be of both symbolic and substantive significance. This is what the Chinese government wants to achieve.

According to the 1994 plan, the goals of opening the capital account and achieving the renminbi free convertibility should have been completed in 1997, but due to the Asian financial crisis in 1997, the Chinese government changed and deferred the plan. Today, even 18 years after the financial crisis, the two tasks are still progressing very slowly. The fundamental reason for the slow progress is: the government finds it unpredictable about the degree of external impacts and the consequences from the opening of the capital account and the renminbi free convertibility. Under the current situation, if the renminbi is included in the SDR basket of currencies, it will mean an endorsement of the renminbi as an international reserve currency, and at the same time, the Chinese government will have the power and capacity to steer and manage the renminbi exchange rate. This is really what the Chinese government has been hoping for.