New Monetary Cycle in the Making 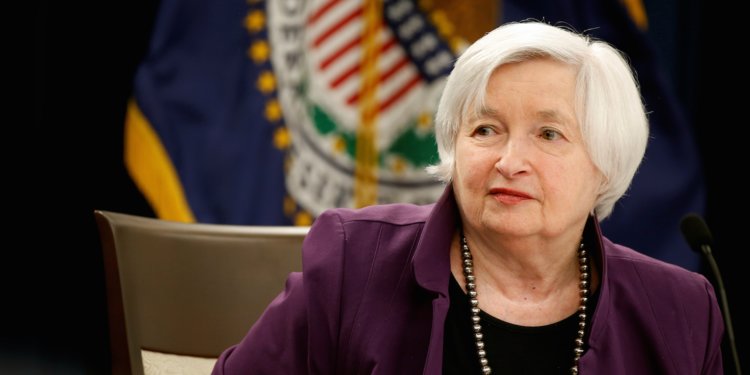 As Janet Yellen concluded her last Federal Open Market Committee meeting as Fed Chair on 31 January, she had every reason to be proud of herself, leaving a legacy of near goldilocks scenarios for the US economy, thanks to her capable stewardship. As the FOMC statement after the meeting says: “gains in employment, household spending, and business fixed investment have been solid, and the unemployment rate has stayed low”.

The US economy has recovered, and this momentum is set to continue as the IMF just revised the US GDP growth for 2018 from 2.3% to 2.7%, and the forecast for 2019 is also up by 0.6% to 2.5%. That is due to a combination of sustained economic growth, near target inflation levels, and the passage of the Tax Cut and Jobs Act. Hence, the case for the Fed to hike rates up by four times has been reasonably strengthened. In addition to rate hikes, balance sheet unwinding is also ongoing. In the wake of the financial crisis in 2008, the Fed launched a massive asset purchase campaign known as Quantitative Easing (QE) to inject liquidity and shore up asset prices in the markets. Major central banks from developed economies also followed suit, and the collective QEs pushed down bond yields in developed economies, thus sending yield-seeking investors to emerging markets. When the US economy had regained some of its footing in 2014, the Fed started to shrink asset purchases gradually in its “tapering” process, leading to eventual rate hikes. As the US federal fund rate is the de facto benchmark interest rate for global markets, its monetary policy shift and rake hikes could generate significant spillovers. Furthermore, prolonged ultra low interest rates and QE in advanced economies injected massive liquidity into the global markets and the consequent run up in asset prices around the globe, and large capital flows to emerging markets. Asset prices in many Asian emerging markets have been shored-up due to the influx of capital. With this context in mind, it is no exaggeration to say that now the writing is on the wall moment for some emerging markets. Generally speaking, Fed balance sheet unwinding and rate hikes, combined with the sweeping tax reform in the US, would make US markets more lucrative and competitive for global investors, and on the heels of normalization bond yields could rise dramatically and capital flows could reverse. Property markets in Asian emerging markets may bear the brunt of this, and given the correlation between major asset classes and markets, disorderly capital outflows and contagious negative spillovers loom large. As the recent mini-crash in major equity markets around the world shows, concerns over accelerated Fed rate hikes would send shockwaves and disorder worldwide.

The following effects may be observed. First, as the US federal deficit continues to swell (it’s estimated to reach $1.1 trillion next year), whilst monetary policy tightens, central banks around the world have less financial wherewithal to purchase US treasury bonds, thus driving down prices, which has an inverse relationship to yields. Rising US bond yields will push up global interest rates, leading to tighter credit conditions and depressed consumption.

Second, emerging markets will see Foreign Direct Investment (FDI) curbed due to tightened liquidity and capital flow back to the US. As mentioned before, when interest rates in the US and other major advanced economies remain low, yield searching investors would chase higher yielding assets in emerging markets to bolster returns. Now that the US is leading the way into a new cycle of tightening and rate hikes, investors will be drawn back to the relatively risk free and reasonably high yield assets in the US, or other European countries where interest rates are also rising in tandem. FDI-reliant emerging economies are most vulnerable should Europe recover well enough to warrant a rate hike. The silver lining now is that the ECB decided against a departure from QE policy at the January meeting, and will maintain the status quo at least till September this year. Between now and then, FDI-reliant emerging economies should seize the opportunity to shore up economic fundamentals in order to buffer against the impact.

Fourth, the rise in the value of the dollar makes commodities more expensive, since they are priced in dollars. For economies reliant on selling commodities, this means less revenue in real terms, and chain effect will be diminished resources for investment and social welfare expenditure.

In a nutshell, as the dollar remains the dominant global reserve currency, the interest rate hike will have a significant impact on foreign reserves, global market interest rates, corporate balance sheets with dollar denominated debts, as well as consumer mortgage rates. The world needs to buckle up and gear up for a new monetary cycle.

US EconomyExchange rateCurrencyMonetary PolicyWorld Economy
printTweet
You might also like
Back to Top
CHINA US Focus 2018 China-United States Exchange Foundation. All rights reserved. Disclaimer