A Frank Dialogue across the Pacific

Chinese President Xi Jinping left Beijing on Friday to start state visits to Trinidad and Tobago, Costa Rica and Mexico, after which he will fly to California for a 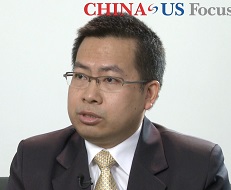 Next week, the world’s attention will be drawn to Sunnylands, the Walter and Leonore Annenberg estate in Rancho Mirage, California, where the Chinese and US heads of state will hold an unusual summit on 7-8 June. It will be their first meeting after Xi became Chinese president and Obama began his second term of office.

The meeting has generated special attention because it is unusual at least in two aspects.

First, it comes three months earlier than had been anticipated. Most observers expected the two presidents to meet on the sidelines of the G20 Summit in September. Obviously both countries want their heads of state to meet at the earliest possible date.

Second, the meeting has been arranged at the Pacific coast retreat of Sunnylands in a “no-ties, shirtsleeves” atmosphere. Xi’s trip to California after winding up his Latin American tour seems natural, while Obama flies from the east to the west coast to meet him. Sunnylands, known as “Camp David on the west coast”, has been a famous venue for US presidents to meet foreign political VIPs.

This form of summit is the first of its kind in Sino-US relations since the two countries established diplomatic ties more than 30 years ago. Two full days are arranged for the summit, leaving the Presidents plenty of time to discuss various issues of their concerns. In a relaxed atmosphere, the talks can be frank and thorough.

The Presidents are expected to discuss bilateral and international issues as well as reviewing progresses and changes the two countries have experienced in the past four years in their relations. They will also exchange ideas on how to strengthen co-operation and control disputes in a constructive way.

A number of new characteristics have emerged in current Sino-US relations.

This common understanding will provide motivation to the two nations in advancing bilateral relations. China persists in peaceful development in defiance of the historical stereotype that “a powerful nation will definitely seek hegemony.” China and the US should not and cannot repeat the zero-sum games that major powers once engaged in. A co-operative Sino-US relationship will help the world advance towards a better future; on the contrary, their confrontation will lead to global retrogression.

The second new feature of Sino-US relations is a new vision. How to manage the relationship successfully is a big challenge for both sides. This calls for a new mindset with regards to mutual treatment. President Xi says that the two nations should respect each other’s core interests and the development path each side has chosen. The vast Pacific Ocean has enough space to accommodate the two big countries. Chinese Premier Li Keqiang says the development of Sino-US relations over the past 40 years has proven that their common interests prevail over differences and that the future will witness a further confluence of these interests. Both sides should conduct beneficial interaction in the Asia-Pacific region and strengthen communication on international issues in a bid to promote peace, stability and prosperity throughout the world. Their words suggest that, so long as both sides adopt a new perspective to approach their relationship, challenges can be turned into opportunities.

The third feature is new hope. As one of the world’s most important bilateral relationships, Sino-US interaction will have considerable impact on how the Asia-Pacific region, and even the whole world, will fare in the 21st century. Both sides have realized their historical responsibilities. Premier Li says co-operation between the world’s two largest economies conforms to historical trends and will benefit the whole world. To maintain regional peace and stability, all relevant parties should assume their due responsibilities. As the current global situation appears complicated and problematic, a display of the leaders’ confidence in handling of the situation at the Sino-US summit will put the world at ease.

In the next few months, there will be frequent interactions between China and the US. Both sides have agreed to continue the Sino-US strategic and economic dialogue mechanism and the high-level consultation on people-to-people exchange, and have set up an Internet work panel under the framework of the Sino-US Strategic Security Dialogue. They have also issued a China-US Joint Statement on Climate Change. The two sides are maintaining timely communication on international and regional hotspot issues, including the tensions on the Korean peninsular.

Given such situations, it is of paramount importance for the two presidents to design a road map determining the orientation of the bilateral relations’ future development. Of course, one should not expect the Xi-Obama summit to solve all the problems but it has set up a new model for communication between the heads of state of China and the US.

The current has been set for the boat of the Sino-US relationship although there will still be hidden reefs and countercurrents as it sails forward. At this upcoming summit, the two countries need to turn their strategic consensus into concrete policies and actions.