US Military Actions in the South China Sea 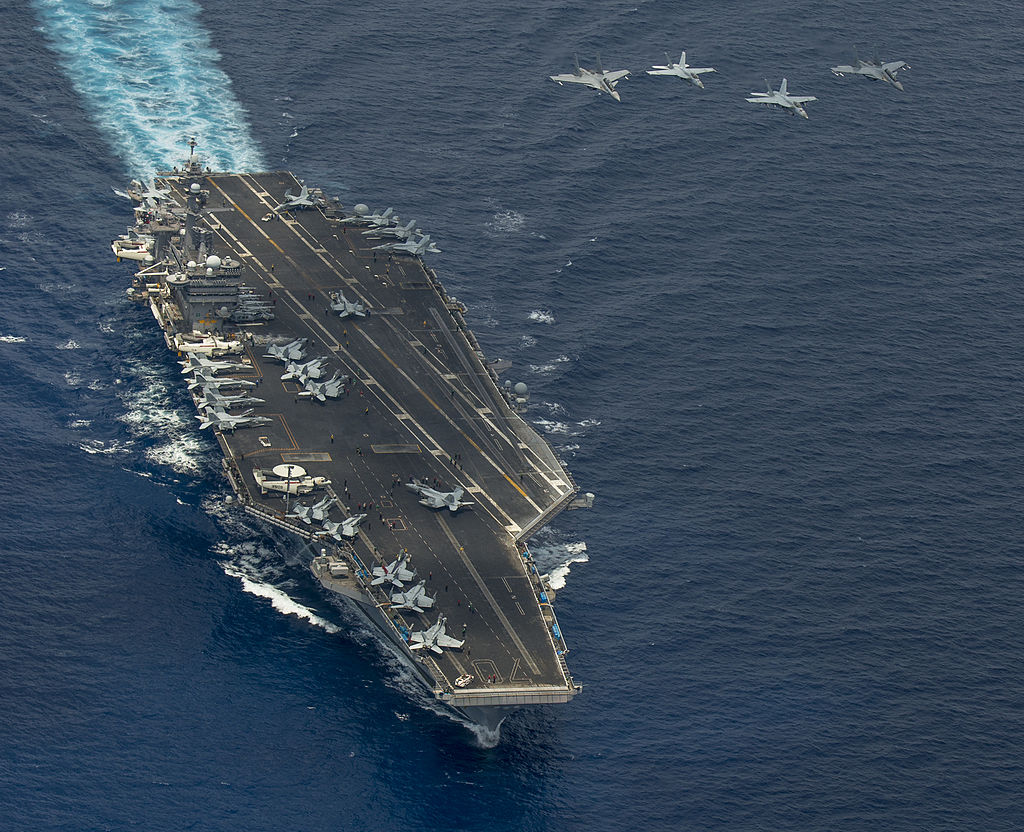 Firstly, undesirable military conflicts between China and the US harm Sino-US relations, and the US can never get any benefit from them. China has indisputable sovereignty over the SCS Islands (Nanhai Zhudao) which consist of the Dongsha Islands, the Xisha Islands, the Zhongsha Islands, and the Nansha Islands. Though the US says it does not take a position, actually it does have different positions on the territorial disputes in the SCS. But the undeniable fact is that it is not a direct party to the disputes. Anything the US does in the region should be help the parties concerned find peaceful and satisfactory solutions to the disputes through dialogue and negotiation, instead of sowing discord among them. US accusations of China’s so-called “intimidation and coercion” and “militarization” of the islands in the SCS are totally groundless. It is legitimate for China to carry construction projects on its own territory in the SCS. When China and its neighboring countries in the SCS are making good progress in negotiating a Code of Conduct of Parties in the SCS (COC) following the signed Declaration of Conduct of Parties in the SCS (DOC), and the situation in the SCS is calm and stable, the US should not make troubles there through its military actions. US encroachment upon China’s sovereignty and territorial integrity in the SCS with its naval vessels or B-52 bombers is hostile, and therefore, China will not tolerate it. No matter what the US military does in the SCS, it cannot shake China’s resolve to defend its sovereignty and territorial integrity. On issues of sovereignty, China has no room for compromise. It is also a mistake for the US to deter China from carrying out its construction projects in the SCS by disinviting China from the 2018 Rim of the Pacific (Rim Pac) exercise, as the two issues are totally separate. What the US military needs to do is to give up its hegemonic military action plans for the SCS, and respect China’s sovereignty. To underestimate China’s determination to defend its sovereignty and territorial integrity while overestimating its military superiority could be dangerous and easily lead to military conflict in the SCS. It’s not certain the US military would win such a conflict.

Secondly, the world knows perfectly well that the US has military presence all over the world. It is totally unnecessary to prove its presence in Southeast Asia by sending naval vessels or B-52 bombers to the SCS. The key point of the US military presence in the Southeast Asia is whether or not it is helpful to peace, stability and prosperity of the region. Facts have proved that it is not. In the case of the May 25 military action, the two US naval vessels violated China’s domestic law and the relevant international law, and they have infringed on China’s sovereignty. In the case of the June 4 military action, the US military played an old trick in order to take advantage of the US media reports to give more publicity to the SCS issues and to vilify China by repeating Defense Secretary James Mattis’s accusations against China at the Shangri-La forum in Singapore a day before. The US military intentionally disclosed to the media the information about the flight plan of the two B-52 bombers. Immediately, the spokespersons of the US Pacific Air Forces and the Defense Department either denied that the bombers had flown in the vicinity of the SCS, or said they were on “a routine training mission”. Such deliberate excessive publicity of the US military actions and the SCS disputes is of no help to the peace and stability in the region.

Thirdly, Asian countries want to see Sino-US cooperation, not conflict. A few years ago, the US incited China’s few neighbors to resort to other means than dialogue to resolve the SCS disputes. After this scheme failed, the US went to the front line to infringe on China’s sovereignty in the SCS with its naval vessels and B-52 bombers. As the US military actions in the SCS have proved unjust and found scant support, it is now encouraging Australia, Japan, Britain, France, and Germany to send their naval vessels to the SCS. Those five countries are well aware that it is an inglorious mission with high risks. Australia has already had a costly and unhappy experience sailing near the SCS. Will Britain and France send one or two of their five or six naval vessels in the region to encroach upon China’s sovereignty in the SCS? Most probably the US will remain alone in its unjust military actions in the SCS.

The US is welcome to enjoy free navigation in the international sea lanes in the SCS and free flight in the international airways in accordance with international norms. But it would be costly and futile to encroach upon China’s sovereignty and territorial integrity in the SCS with its naval vessels or B-52 bombers. Therefore, it is in the best interest of the US to give up any provocative military actions in the SCS, and look for more opportunities for bilateral cooperation in the region between the two countries.

South China SeaUS-China Rivalry
printTweet
You might also like
Back to Top
CHINA US Focus 2018 China-United States Exchange Foundation. All rights reserved. Disclaimer