Are China and Russia Forging a New Ideological Bloc? 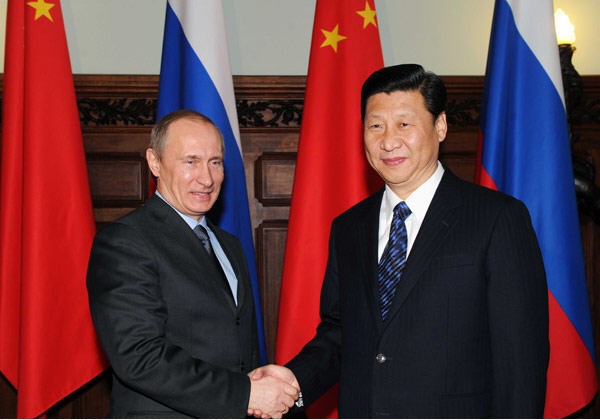 It’s absurd to say that China and Russia are forging a new ideological bloc. The term “ideology” is misleading. What does it mean? No country in the world likes outside interference in its internal affairs, which has nothing to do with ideology. Moreover, international law prescribes the principle of non-interference in the internal affairs of another country.

In 1978, China adopted a new policy orientation called “reform and opening up” to the outside world. Since then, China has entered a new period of growth. Foreign policy is the extension of domestic policy. In line with our domestic policy, which focuses on economic growth, we have designed a peaceful development strategy for our foreign policy.

What does peaceful development strategy mean? It means three “no’s” and three “yes’s.”

What about the three “yes’s”? The first is “yes” is to peace. We are engaged in a huge undertaking to modernize China. Peace is the condition sine qua non for development. The second is “yes” to development. China is confronted with many problems. We believe that only development can provide a solution. The third is “yes” to cooperation. We are aware that in a globalized world, no country can modernize itself in isolation. International cooperation is indispensable. Thanks to international cooperation in the past 36 years, China’s economic growth proves to be a success story.

President Xi Jinping has stated over and over again that China will stick to this peaceful development strategy. We have no reasons whatever to deviate.
It’s true that in the past few years, cooperation between China and Russia is growing on the basis of mutual benefit. The Chinese and Russian economies are highly complementary to each other. China is a resource-poor country, while Russia is a resource-rich country. We need each other. Last year, the bilateral trade volume between China and Russia amounted to $95 billion USD. This represents about 2% of China’s foreign trade. There is a ample room for further development.

We’re ready to develop cooperation with any country on the basis of equality and mutual benefit. The growth of the China-U.S. relationship is a case in point. Last year, China-U.S. trade volume amounted to 540 billion U.S. dollars.

On the Ukrainian crisis, it’s the consistent position of China to call for the respect of the sovereignty and territorial integrity of every country in the world. We believe that the Ukrainian crisis cannot be solved by military means. We urge the parties concerned to seek a solution through diplomatic channels.