China and the United States both have termed last week’s 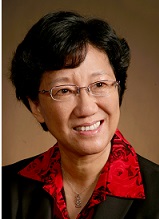 At his press briefing on June 7, Chinese State Councilor Yang Jiechi said: “Both sides stressed the importance of improving and developing bilateral military relations and their desire to push forward the construction of a new pattern of China-US military relations.”

US National Security Advisor Tom Donilon, on the other hand, said Sino-US military-to-military ties lagged behind bilateral political and economic relations, and stressed the need to increase and deepen military engagements.

If both leaders agree to build better military relations, compatible with the new model of relationship between China and the US, it’s time the two militaries found ways and means to transform their leaders’ conformity into concrete actions.

First, both militaries should make greater efforts to address the issue of trust deficit. From China’s perspective, the policy of “Rebalance toward Asia-Pacific Region” can be interpreted as a design to contain the rise of China.

The military part of the US’ “rebalancing” act in Asia includes deployment of up to 60 percent naval and air units and capabilities, redeployment of forces withdrawn from Iraq and Afghanistan to the Asia-Pacific region, strengthening military alliances and forging closer ties with regional partners, and joint development and deployment of ballistic missile defense systems in East Asia. All these have been interpreted as measures directed to counter balance an increasingly modernized Chinese military. In fact, some US operational concepts such as the “Air-Sea Battle” are tailor made for conflict scenarios with China. It is thus inevitable for the People’s Liberation Army to surmise that the US military is making preparations against it.

There are a bunch of issues remain to be resolve, and they include arms sales to Taiwan, the arms embargo imposed on the Chinese mainland since 1989, and the frequent US maritime/air surveillance and reconnaissance activities aimed at China. Besides, China is one of the four countries whose military power the US Congress has requested the Department of Defense to assess annually – the other three being the former Soviet Union, Iran and the Democratic People’s Republic of Korea.

The US’ concerns include lack of transparency in China’s military affairs, opposition to surveillance in China’s exclusive economic zones, and double-digit increase in China’s annual defense budget. Such deep-rooted distrust has been plaguing Sino-US military relations for more than two decades.

The two sides, therefore, need a great deal of patience and political will to build mutual trust and provide mutual strategic assurance, which can be achieved through high-level visits, institutionalized dialogues and informal discussions between defense leaders and strategic planners. A shared belief that “cooperation is better than confrontation” will help motivate earnest efforts to better understand each other and to better accommodate each other’s interests and responsibilities.

Second, if both militaries realize that their greatest shared interest is to curb their differences, avoid crises and manage risks, preventing untoward incidents would be their top priority. This may not sound like an ambitious enough goal, but it is a sound way if starting practical cooperation between the two militaries, especially because trust building is a lengthy process.

Both militaries can work together to set up “rules of the road” for ships and airplanes when they operate in proximity in and above international waters. They can also work out a mechanism of communication to reduce the risk of miscalculation and thus the risk of a conflict.

Third, the two militaries should have more frequent engagements in different fields and at different levels. Currently, their engagements include high-level visits, institutionalized talks and exchanges in functional areas.

High-level visits are of utmost importance in trust building and for setting the tone for future relationship. They can be enhanced by informal meetings between senior defense leaders to discuss strategic issues in depth with minimum consideration of reciprocity and formality.

Institutionalized talks between the two sides are crucial to address each other’s concerns and to come up with deliverable results. They can be fleshed out with special working groups, and more extensive and frequent discussions on thorny and immediate issues.

Functional exchanges make up the substance of a relation, which should be expanded not only to cover military medical teams, army bands and port calls by ships, but also to focus on training, logistics and joint exercises.

One achievement of the Xi-Obama Summit is the PLA Navy’s acceptance of the US invitation to participate in the 2014 RIMPAC (Rim of the Pacific) exercise. The exercise will provide the two navies the rare opportunity to cooperate in a multilateral setting. And although in US-sponsored multilateral exercises participating countries are categorized as observers, non-allies and allies and “assigned” roles accordingly, the PLA Navy expects its participation to be more substantial than just a symbolic appearance.

It is hoped that the PLA Navy’s participation in the exercise could be a model of positive and constructive engagement between the two militaries and that there will be an earnest effort on the part of the US to incorporate the PLA positively into regional military affairs.

Yao Yunzhu is a major general and director of the Center on China-America Defense Relations, the Academy of Military Science.