Changing China Policy: Are We in Search of Enemies?

East Asia has avoided major military conflicts since the 1970’s. After the United States fought three wars in the preceding four decades originating in East Asia, with a quarter of a million lost American lives, this is no small achievement. It is owing to the maturity and good sense of most of the states of the region, their emphasis on economic growth over settling scores, and the American alliances and security presence that have deterred military action and provided comfort to most peoples and states. But above all else, it is due to the reconciliation of the Asia-Pacific’s major powers, the United States and China, initiated by Richard Nixon and Henry Kissinger and nurtured by every American administration and Chinese leadership since. 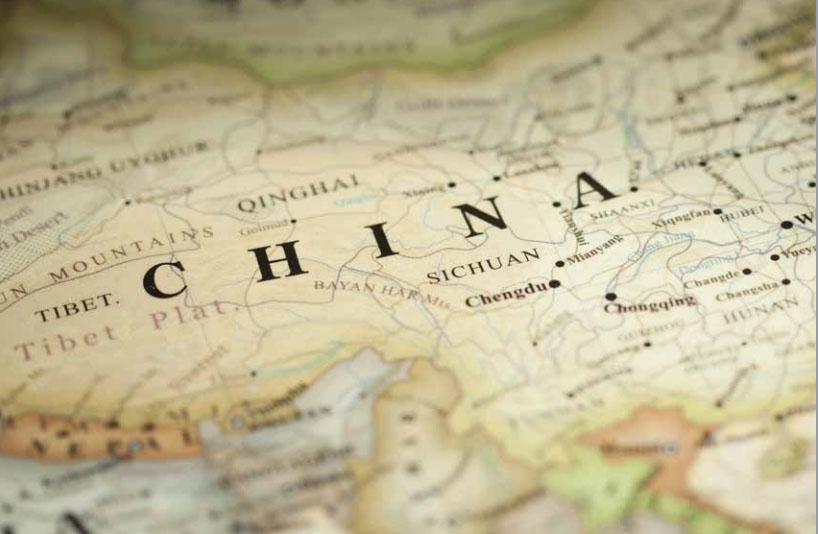 Judging by recent public commentary from a number of American foreign policy experts, this reconciliation is in danger of unraveling. Some argue that it should. In reaction principally to China’s aggressive land reclamation projects on disputed atolls and reefs in the Spratly Islands in the South China Sea that seem to prefigure establishment of military outposts far from China’s coast, they argue that the policies pursued by eight presidents beginning with Nixon are outdated. They contend that we need to accept that strategic accommodation with a China seeking to dominate the western Pacific is impossible and we should accept, even embrace, a relationship built on rivalry, with cooperation sidelined.

In a world beset with grave challenges to order, established governments, and accepted international norms, with vast swathes of the greater Middle East ungoverned, ungovernable, and home to threatening insurgencies, with Russia destabilizing a neighboring sovereign state through military intervention and pressure, it is not in the U.S. interest to be complicit in turning the world’s most stable, orderly, economically dynamic region into yet one more area of conflict. If we follow the advice of those who seek to define our relationship with China as one of unchecked rivalry, that is what we invite.

U.S. relations with China have never been and never will be easy to manage. China is the world’s preeminent rising power. Its military has gone from bloated and backward to well-funded and technologically advanced in two decades. Its economy challenges ours as the world’s largest. Its political system is highly repressive and intolerant of dissent. It views U.S. alliances in the region as threatening to its security and therefore seeks to weaken them.

On the other hand, the United States and China, individually and collectively, are the foundations of the global economy and the main engines of global growth. China is our largest trading partner besides Canada, and has been the fastest growing market for U.S. exports of goods and services for over a decade. After years of undermining the international nuclear nonproliferation regime, China is now firmly committed to it and has worked with us to seek to halt the Iranian and North Korean nuclear weapons programs. As the world’s two largest emitters of greenhouse gases and consumers of energy, the United States and China have a powerful interest in addressing these two challenges together, as the Chinese began to demonstrate when President Xi Jinping reached agreement with President Obama to cap its future emissions by 2030 and to sharply increase use of renewable sources of energy. With China facing terrorism in its western Muslim majority areas and surpassing the United States as an importer of oil from the Persian Gulf, it has no more interest than we do in seeing Islamicist radicalism and insurgency gain a greater foothold anywhere.

China is thoroughly integrated into the global economy. Our Fortune 500 companies see China as a market critical to their growth. In this respect, China bears no resemblance to the former Soviet Union, whose economy operated behind an Iron Curtain with client states and little serious interaction with foreign companies or countries. China is now expanding its multilateral economic footprint through the creation of the Asian Infrastructure Investment Bank, which groups 57 members despite misguided U.S. efforts to constrain its establishment.

So as a practical matter, it is hard to envisage how a relationship predicated on across-the-board rivalry will either be successful in a world where China is so embedded or serve U.S. interests in a world where we need to, and sometimes do, cooperate on critical issues.

So how are we to evaluate what is going on in the South China Sea, where besides its land reclamation projects China has made ambiguous but disquieting claims to maritime rights in 1.5 million square miles inconsistent with the U.N. Convention on the Law of the Sea; expelled Philippine vessels from their traditional fishing grounds and denied the jurisdiction of an international tribunal seeking to adjudicate Philippine and Chinese claims; explored for oil protected by an armada of PLA and Coast Guard vessels in waters claimed by Vietnam; and called its claims to every land feature in the South China Sea “indisputable”?

Chinese claims and conduct have been deeply concerning, and have merited and received a strong response by the other claimants to the islands (Vietnam, Malaysia, Philippines, Brunei, and Taiwan). The United States response has been both diplomatic and military:

2. developing a diplomatic strategy that has seen the other claimant states under the umbrella of the Association of Southeast Nations make unprecedentedly clear public statements of solidarity, and

3. deepening our security partnerships with other claimants by lifting the arms embargo on Vietnam and reviving the previously moribund alliance with the Philippines.

Most recently, the U.S. Pacific Command conducted surveillance operations near Chinese artificial islands, with a CNN correspondent on board, to demonstrate that the U.S. military will insist on its right to sail on and fly above international waters.

There is more the United States can do, diplomatically and militarily, to demonstrate to China the costs of its actions, to deter conflict, and to uphold international law and norms in the South China Sea. We should do so in a way that provides the Chinese with an “off ramp” to deescalate, using Xi Jinping’s visit to the United States in September as an action-forcing event.

Even as we deal with this important issue, we need to keep in perspective what Chinese actions mean, and what they don’t mean. Chinese forces have not sought to expel claimants from those Spratly Islands that they occupy, in fact in much greater numbers (by a factor of 4:1) than China does. The common media meme, that the 60 percent of the world’s commerce that flows through the South China Sea is somehow threatened by China, is absurd. China is at least as dependent on others for the free flow of goods, and it has taken no action to hinder it. It also bears recalling that this vast region has no indigenous population; it is not the Ukraine, no less the Sudetenland, with no population pressured by military force to rejoin an irredentist claimant. Still, there will have to be significant changes in China’s attitude toward its claims and its fellow claimants, including demilitarization of the land features, if frictions are to decline to an acceptable level.

Do China’s unacceptable actions in the South China Sea portend how China will behave more broadly in the world if and when it acquires the military capacity to do so?

Beijing still has considerable constraints against making its current assertiveness in the South China Sea a model for future behavior elsewhere. China has no military alliances, unlike the United States with its large network of global allies. It has no overseas bases. It has little modern experience in combat, and deeply ingrained reluctance to intervene in foreign disputes. It is not seeking to spread its political system, but rather is in a defensive crouch against what it sees as external threats to its system. It holds as a fundamental principle of international relations respect for state sovereignty.

While China’s conduct in the South China Sea is a challenge to its neighbors and for us, we should be careful about making assumptions of likely aggressive Chinese behavior in other very different settings. For China, the South China Sea involves sovereignty claims. The Chinese call sovereignty a “core interest,” by which they mean they are prepared to use force if necessary to defend it. Taiwan, the Senkaku islands disputed with Japan, and its border with India also concern Chinese sovereignty claims. In all cases, the Chinese have used military threats and deployments to convey warnings, though they more often have relied on political and economic pressure and inducements to signal resolve. It is a considerable stretch to project Chinese military belligerence as a standard feature of the international landscape on issues not involving sovereignty from its use of military threats, though troubling, on these most sensitive sovereignty-related issues.

The United States has not exactly been passive in the face of possible aggressive behavior by China. Our network of alliances in Asia has been markedly strengthened in recent years. The military aspects of the “rebalance” policy are leading to deployment of our most advanced aircraft and vessels in greater numbers to the Pacific theater. U.S. declaratory policy to defend Japanese claims in the Senkakus has served as a bookend in Northeast Asia to U.S. deeper involvement in South China Sea issues in Southeast Asia. These are appropriate and prudent measures for the defense of U.S. interests and those of our allies, not a quiet accommodation at all costs.

Our security, and that of our partners, will not be aided, however, by a strategy that suggests we have decided that China is, or inevitably will be, an adversary. Our allies and partners in Asia certainly welcome our presence, security and otherwise, in the face of a rising and more assertive China, but they do not welcome hostility toward China. They want to see us work out or at least manage our differences, and to do so in a way that promotes continued economic dynamism and lowers tensions in the region. That will require us sometimes to resist unwelcome Chinese behavior that threatens to destabilize the region. It does not require that we make dubious pessimistic assumptions about China’s future behavior and set up a hostile dynamic leading to a downward spiral.

China, not the United States, will make the critical decisions about its future. If despite our best efforts, it takes steps that harm the security of our allies and partners or undermine global norms and order, that will be its decision, not ours, and we will need to adjust our strategy accordingly. We should not, however, discard the approach taken by eight presidents since Nixon in favor of an assumption of inevitable hostility and a strategy of across-the-board rivalry that may be compelling in international relations theory but which no president has found persuasive. I hope and expect that the ninth president since Nixon, though faced with an evolving China, will not discard the playbook used by the American statesmen who built and nurtured the U.S.-China relationship and built a generation of peace in Asia.