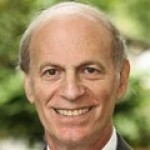 Jeffrey Bader is the John C. Whitehead Senior Fellow in International Diplomacy at the Brookings Institution in Washington, D.C. From 2009 until 2011, Bader was special assistant to the president of the United States for national security affairs at the N
Back to Top
CHINA US Focus 2022 China-United States Exchange Foundation. All rights reserved.