China and US Can Build Strategic Trust on Specific Issues

Back in the 1980s, Deng Xiaoping made the remark that China-US relations must be based on mutual trust or they could not move forward. Thirty-odd years have passed, but the trust between the two countries remains somewhat elusive. In March 2012, two scholars, Ken Lieberthal and Wang Jisi, wrote a report entitled “Addressing US-China Strategic Distrust”, in which they studied the “mutual distrust of long-term intentions” by the two countries. In May 2013, Vice Minister He Yafei of the Overseas Chinese Affairs Office of China’s State Council published in Foreign Policy an article entitled “ 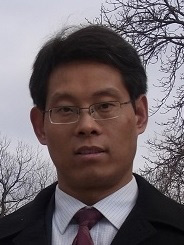 Many in the two countries are well aware that lack of strategic trust poses an obstacle to China-US relations.

Many people in the two countries know that lack of strategic trust has become the biggest obstacle to the growth of China-US relations. Many issues cause the lack of mutual trust. But there is also a high degree of interwoven interests, as well as a real need for the two countries to work together in addressing issues relating to the economy, environment, security and other common challenges to mankind.

Against such a backdrop, the Annenberg Estate meeting between Xi and Obama has assumed a far-reaching significance for strengthening trust between the two countries. The summit attracted worldwide attention. Some observers believed that the meeting may provide a road map for building a new model of major-country relationship. Whether this will materialize depends in the final analysis on increased strategic trust between the two countries. The more we look at China-US relations from an overall, long-term and strategic perspective, the more indispensable strategic mutual trust appears to be. But the more we look at the relationship this way, the more mutual suspicions we seem to have found in it.

Whether or not China and the US can build strategic trust between them and, assuming that they can, to what level can such strategic trust reach? The answer may depend on at least three main factors: First, the history of interaction between the two countries; Second, the degree of mutual acceptance of their respective systems, cultures and international behaviours; And third, their future expectations, such as what common issues they need to address cooperatively and what common interests they must secure and preserve collectively. The level of trust between the two countries determines their attitudes, policy decisions and behavioural patterns in handling bilateral relations or international affairs.

China- US distrust has considerable support in both countries.

Trust, by definition, is a deep-seated belief by the one side in the sincerity, fairness, friendliness and a number of fine attributes of the other side. Building trust involves highly intricate social and psychological processes. Since the Chinese Communist Party successfully set up its political power, the history of China-US relations has been ridden with unpleasant experiences. Bringing about a regime change in China or altering its social and economic systems is what the US has longed for. The public diplomacy functions carried out by the US towards China, including operations of American NGOs in China, have invariably smacked of such an intention. It is highly unlikely that the US will fundamentally change course with respect to human rights, Taiwan, Tibet and other issues. It will not give up condemning China in its annual human rights report. It will not end arms sales to Taiwan. And it will not stop playing petty tricks on the issue of Tibet. All this is determined by the international stature of the US, by its domestic politics and by its ideological biases.

Needless to say, the methodology and timing of handling these issues may change in light of shifting China-US relations. Yet systemic and ideological differences have put a limit on the scope of their mutual acceptance. This explains why it is so exceedingly difficult for China and the US to build a comprehensive and genuine trust between them. Though China has for more than a decade reaffirmed its intention to go for peaceful development, many in the US have continued to entertain deep doubts for China’s path of modernization. Distrust has always been able to find sympathetic ears in the two countries. Noices against stronger China-US mutual trust have been heard time and again. While it is fairly hard to build and accumulate trust, it is mightily easy to create and spread distrust.

Building strategic mutual trust in the near future can be difficult, but accumulating it by working cooperatively on specific issues is advisable.

One summit meeting alone is unlikely to resolve all the “trust deficit”in bilateral relations, but it is an important step towards building mutual trust between the two countries.

Building strategic mutual trust in the near future may be very difficult. Yet for policy makers on both sides, building a fairly amount of trust on some specific issues and within a specified period can be relatively easy. With their strategic mutual trust apparently missing, China and the US must, while continuing to build toward strategic trust, endeavor to accumulate trust by working cooperatively on specific issues.

For example, as the two countries have become more interdependent economically while sharing a great deal of common interests, they are duty bound to work together for an early recovery of the world economy. They are also duty bound to work cooperatively to address the host of problems and challenges facing the international community, such as international terrorism, global climate change, disease control and prevention, cybersecurity and other non-traditional security issues, proliferation-related Korean nuclear and Iranian nuclear issues, the Syria crisis and other traditional security threats bearing on regional security and stability. It is only through enhancing cooperation on specific issues, increasing mutual understanding and accumulating mutual trust step by step can the two countries bring about a genuine strategic trust and build a new model of major-country relationship based on harmonious coexistence, benign competition and win-win cooperation.