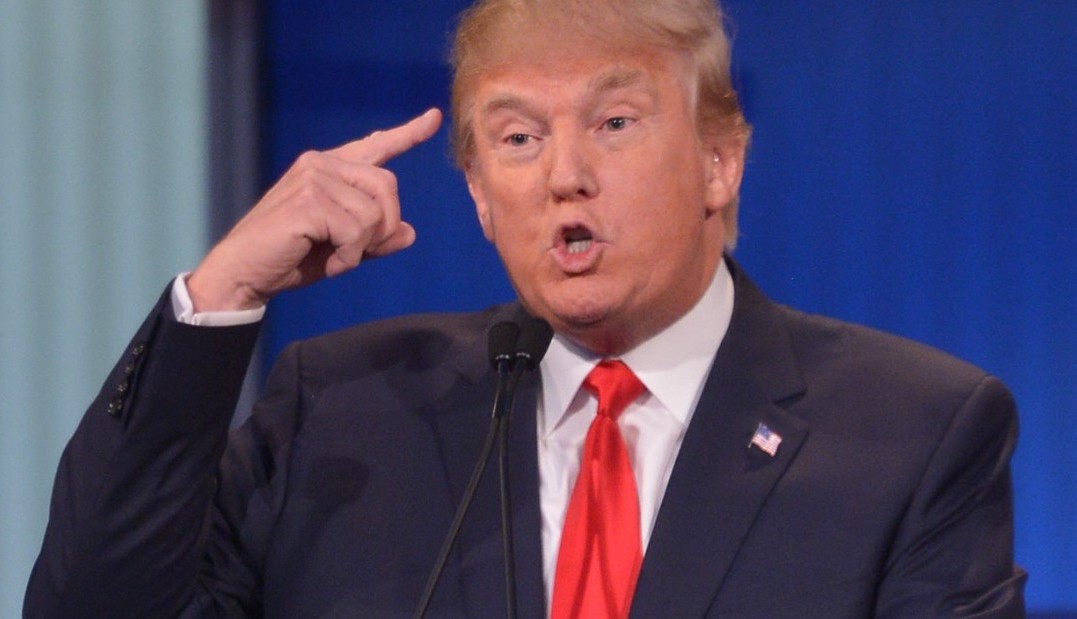 "Nietzsche advises the secret to enjoying life is to live dangerously,” says Reinhard Heydrich in the HBO movie Conspiracy.

When someone points out that Nietzsche went mad, Heydrich is unfazed. “Look at the world,” he counters, “and tell me the pleasures of sanity.”

As Donald Trump swept closer to the presidency in 2016, German magazine Der Spiegel called him “the world’s most dangerous man.” Internet memes, only half-jokingly, dubbed him “The Last President of the United States.”

His recent pledge to respond to future threats from North Korea with “fire and fury like the world has never seen” seem to confirm those fears.

Is Donald Trump actually insane? Only a psychologist who’s examined him could answer that question with any certainty. But if we define insanity as being divorced from reality, and we look at his garbled, often nonsensical speech, his conspiracy theorizing, his unblinking insistence on certain “facts” in the absence of supporting evidence, and his paranoid, unsubstantiated claims (e.g. that President Obama wiretapped him), then perhaps we can consider Trump slightly mad, or at least (and this is significant) close enough to make others worry he might be.

But is that necessarily a bad thing? Could Trump be, in fact, the right kind of crazy: someone erratic enough to spook other countries into falling into line? Could he use craziness in the “art of the deal”; employing it as a bargaining tool to extract concessions? If so, he could be the antithesis to Obama, whose “don’t do stupid shit” policy ceded the initiative to America’s opponents, and whose failure to enforce his own red lines badly damaged American credibility.

The image conjured is almost a comedic trope – the ignorant buffoon who somehow ends up accomplishing what everyone else could not – but feigning insanity has been used effectively in political brinkmanship. Hitler used it to spectacular effect in the buildup to WWII, taking the Rhineland and Austria without a shot fired, because Britain and France feared he might be crazy enough to go to war over them (even though at this point he’d almost certainly have lost). North Korea, in so many ways an incredibly weak country, receives little military reprisal for its constant provocations because the U.S., South Korea, and Japan fear the Kim regime may be crazy enough to go to (possibly nuclear) war with them, even if that would mean its obliteration.

Could Trump employ a similar strategy to get better results for America? He’s certainly tried to package his volatility as an asset. “I want to be unpredictable,” he once said at a rally. “We want to go in, we don’t want them to know what the hell we’re doing.” The thing about loose canons is that they make everyone afraid.

How would this dynamic play out with America’s opponents? Could it, for example, compel China to stop expanding in the South China Sea, Russia to keep out of Ukraine, or North Korea to stop developing missiles?

It could, provided that Trump could convince them he’s willing to put his money where his mouth is, i.e. order a military response. It could end with these opponents choosing to back down rather than risk provoking Crazy Trump.

Or it could go the other way. Xi Jinping is no pushover, as many of his domestic rivals learned to their sorrow, Vladimir Putin, the cold KGB survivor, is known for his steely resolve, and the Kim regime is known for its recklessness. It could end with Trump’s bluff being called out for what it was – a bluff – and further damage to American credibility.

Or maybe Crazy Trump wasn’t bluffing after all, and it ends in war. A war that, given the participants, may well turn nuclear. Each of these scenarios seems as likely as the other, but how might it play out?

The closest parallel to a strategy like this being employed by an American President against a nuclear-armed adversary was Richard Nixon’s Giant Lance gambit during the Cold War. This operation, the details pieced together from declassified documents, sent a squadron of 18 B-52 bombers armed with nuclear warheads on a flight from the Western United States to the Eastern border of the Soviet Union in order to scare the Soviets into pressuring their North Vietnamese allies to offer more concessions at the Paris peace talks. It represented the culmination of what Nixon called his “madman” strategy.

“I want the North Vietnamese to believe that I’ve reached the point that I might do anything to stop the war,” he told H. R. Haldeman, his chief of staff. “We’ll just slip the word to them that for God’s sake, you know Nixon is obsessed about Communism. We can’t restrain him when he’s angry – and he has his hand on the nuclear button.” In his subsequent meeting with the Soviet ambassador Anatoly Dobrynin at the height of this episode, Nixon deliberately feigned mental instability, such that Dobrynin reported to the Kremlin about the President’s “growing emotionalism” and “lack of balance,” to the extent that he was “unable to control himself even in a conversation with a foreign ambassador.” This was exactly the effect Nixon wanted, and he anticipated that “Ho Chi Minh himself will be in Paris in two days begging for peace.”

As it turned out, this didn’t happen. The North Vietnamese didn’t sue for peace, but Nixon recalled the bombers nonetheless. As the historian Jeremi Suri explained, Nixon risked nuclear war to try to strengthen his negotiating hand on Vietnam. The risks were huge: if the Soviets had overreacted, if a B-52 had crashed, if one of the warheads had exploded, Suri pointed out, mutual annihilation could have resulted.

For all his faults, to his credit, at least, Nixon chose to lose face with the Soviets rather than carry out his mad threat. Would Trump, do the same? Trump, for whom all politics is personal, who has consistently put his own ego before all else, who seems to fear nothing in the world so much as being considered, that lowest of all life forms, a loser?

We don’t know. Pray we never do.

The last time a strategy of employing craziness was used by an American President, his opponents stuck to their guns. One could argue that Trump, likely crazier than Nixon ever was, can put on a more convincing performance, but even if that’s the case, is it worth the risk? Responsible leaders don’t play mad mind games, not when there’s so much to lose. If a red line is to be drawn – and enforced – let it be done coolly, judiciously, with full knowledge of the justifications and consequences.

America needs a rational but strong leader, one who recognizes that an idle threat is as harmful as a foolish one. Ultimately, a strategy based on craziness is a perpetual high-stakes gamble. It may work for a time, but, as most gamblers discover, the thing about gambling is that, eventually, you lose.

Donald TrumpLeadershipChina-US Relations
printTweet
You might also like
Back to Top
CHINA US Focus 2018 China-United States Exchange Foundation. All rights reserved. Disclaimer