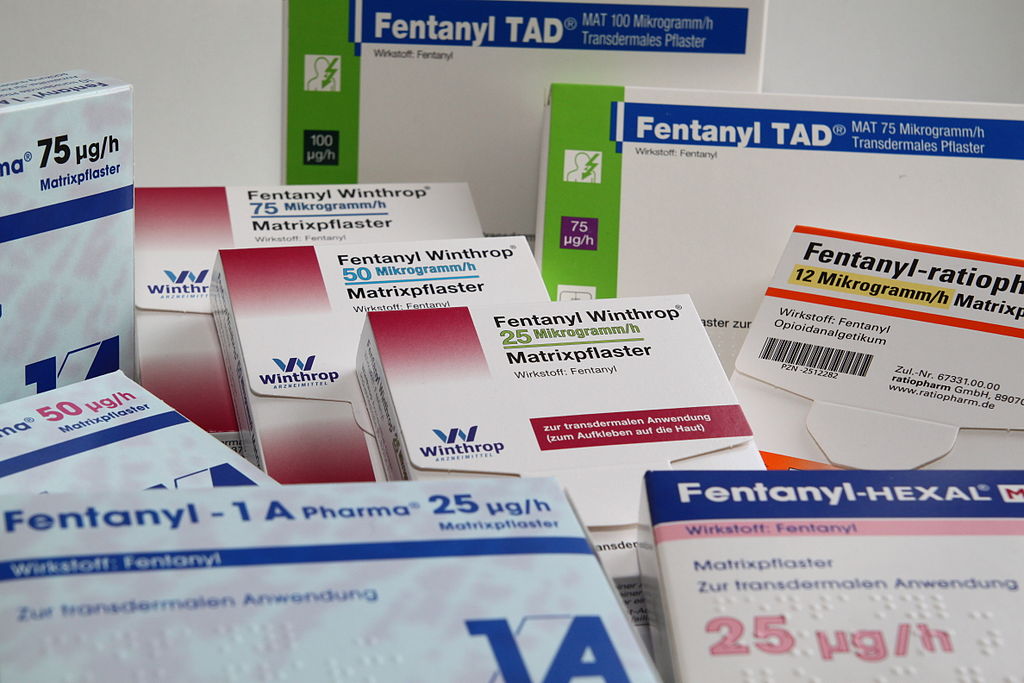 Relationships between great powers go far beyond trade issues. Interaction on a wide range of issues is inevitable. China-US cooperation on counternarcotics and law enforcement is a case in point. At the recent dinner meeting in Buenos Aires between President Xi Jinping and President Donald Trump, the fentanyl issue was on the agenda. Both sides agreed to increase cooperation in managing what is a serious national health threat in the United States, and a potential health threat in China.

The fentanyl issue has been used by some US politicians and media to bash China, but this issue should not be politicized. Today, cooperation in counternarcotics is managed on a professional basis through diplomacy and law enforcement interaction.

The United States fentanyl crisis of the last decade is part of the broader historic drug crisis of the past three decades. US demand for illegal drugs is the driving factor of this issue, and demand has steadily increased over the years owing to a number of socio-economic factors. Demand has remained strong despite increased efforts at prevention in local communities.

Back in the 1980s, the US began to experience an inflow of cocaine from Latin America which since has turned into a flood. Steadily increasing amounts of heroin followed and impacted black, brown, and white population groups of various income levels. Although President Ronald Reagan launched a “War on Drugs” and all subsequent presidents continued the initiative, the results are not encouraging. The drug crisis in America is more extensive than ever, covering the entire country in both urban and rural areas.

Fentanyl was introduced in 1959 as a legal drug for human and veterinary use. Its legal production and distribution in the US is strictly controlled and illicit diversion is not believed to be significant. Fentanyl is produced in a number of chemical variations called “analogues.” All of the analogues are powerful addictive opioids. Between 2010 and 2016, statistics show that illicit fentanyl use in the US has skyrocketed. It is most often mixed with heroin and it also often appears in the form of pills resembling widely used pharmaceutical painkillers which themselves are opioids and controlled by law.

Two main trends are at work boosting the fentanyl crisis.

First, ever increasing US heroin use creates an opportunity for criminals to mix an amount of fentanyl into the heroin, boosting its potency and their profits. Fentanyl can also be sold on its own, mixed with a neutral base or other drugs. In all cases, overdose is common and deaths are increasing.

The second trend is the crisis in prescription opioid drugs in the US over the past decade. Legal painkillers have been greatly over-prescribed by doctors and pushed on the public by unscrupulous pharmaceutical companies. Corruption in the medical community accounts for over-prescription as well as for illicit diversion. Millions of Americans have been impacted.

The US has taken steps to issue guidelines to the medical profession to restrain prescriptions. Enforcement has been increased to prevent diversion and to alert to misuse of prescriptions. Statistics show that in the last two years prescribed opioids have decreased somewhat.

The prescription drug opioid crisis set the stage for the fentanyl crisis by getting the public used to legal painkillers and overusing them. The illegal diversion of legal painkillers to drug users created a whole new group of addicts apart from the heroin addicts. In turn, many in this group of addicts shifted toward heroin as it is cheaper on the street. The increased demand for heroin then became the occasion for the introduction of fentanyl into this market.

For addicts of pharmaceutical opioid drugs, illicit fentanyl began to be put into pill form resembling popular prescription painkillers. In all cases of illicit drug use involving fentanyl, the users take a big chance because the lethality varies. What might seem like a usual dose to a user might in fact result in death.

The US and China have been cooperating effectively on counternarcotics issues to include fentanyl. The Obama administration advanced professional interaction by law enforcement. The Trump administration has continued this effort.

The US Drug Enforcement Agency is represented with an office in China and the US Department of State handles the diplomatic side. The DEA mission in China supports local counternarcotics efforts. Such support involves investigations and exchange of relevant information. DEA appreciates the level of cooperation and is developing its relations with China. A recent joint success involved the crackdown on a major criminal fentanyl operation based in Hong Kong.

China has step by step introduced controls and updated the listing of drugs. Such drugs are illegal to export from China and thus illicit exporters are subject to criminal prosecution. In cooperation with the US, China is updating lists and classification of controlled substances, including fentanyl and its variations. Because fentanyl can be produced in many variations it has been hard to pin down and control. The objective is to have full control over the entire class of fentanyl and fentanyl-related analogues.

The Xi-Trump discussion will further the control of all fentanyl variations, both in China and the US. Both countries will benefit from increased law enforcement cooperation. China accounts for a large amount of fentanyl that enters the US directly through the mail or other avenues. Also, it enters the US from Canada after arriving there from China.

The fentanyl issue in the US currently involves China, Mexico, and Canada. Effective cooperation with Mexico in counternarcotics has been ineffective for many reasons. Organized crime is powerful in Mexico and corruption is rampant. Mexico supplies almost all the heroin to the United States and it comes mostly across the southwest border. As fentanyl became important to the Mexican drug cartels they began to smuggle large amounts into the US along with their heroin shipments and shipments of other illegal drugs such as cocaine and methamphetamines.

Fentanyl is a synthetic drug that leaves no individual chemical signature to detect its origins. So it is hard to estimate whether fentanyl coming to the US directly from China or via Canada exceeds that coming into the US from Mexico. India is considered an additional emerging source. India has vast pharmaceutical and chemical industries that could easily produce the fentanyl class of drugs.

Clearly, dangerous drugs are an international problem. The cooperation between China and the US on fentanyl is significant but it must be emphasized that the context is global. Thus, the United Nations and relevant European organizations must play an important role.

Irrespective of ups and downs, trade relations between China and the US are a critical factor to the peace and development of the international community. Both countries must work toward stable and constructive relations. Counternarcotics and law enforcement cooperation can play a significant role in creating mutually beneficial outcomes.

Drugs
printTweet
You might also like
Back to Top
CHINA US Focus 2022 China-United States Exchange Foundation. All rights reserved.