Is the US-EU Alliance Over？ 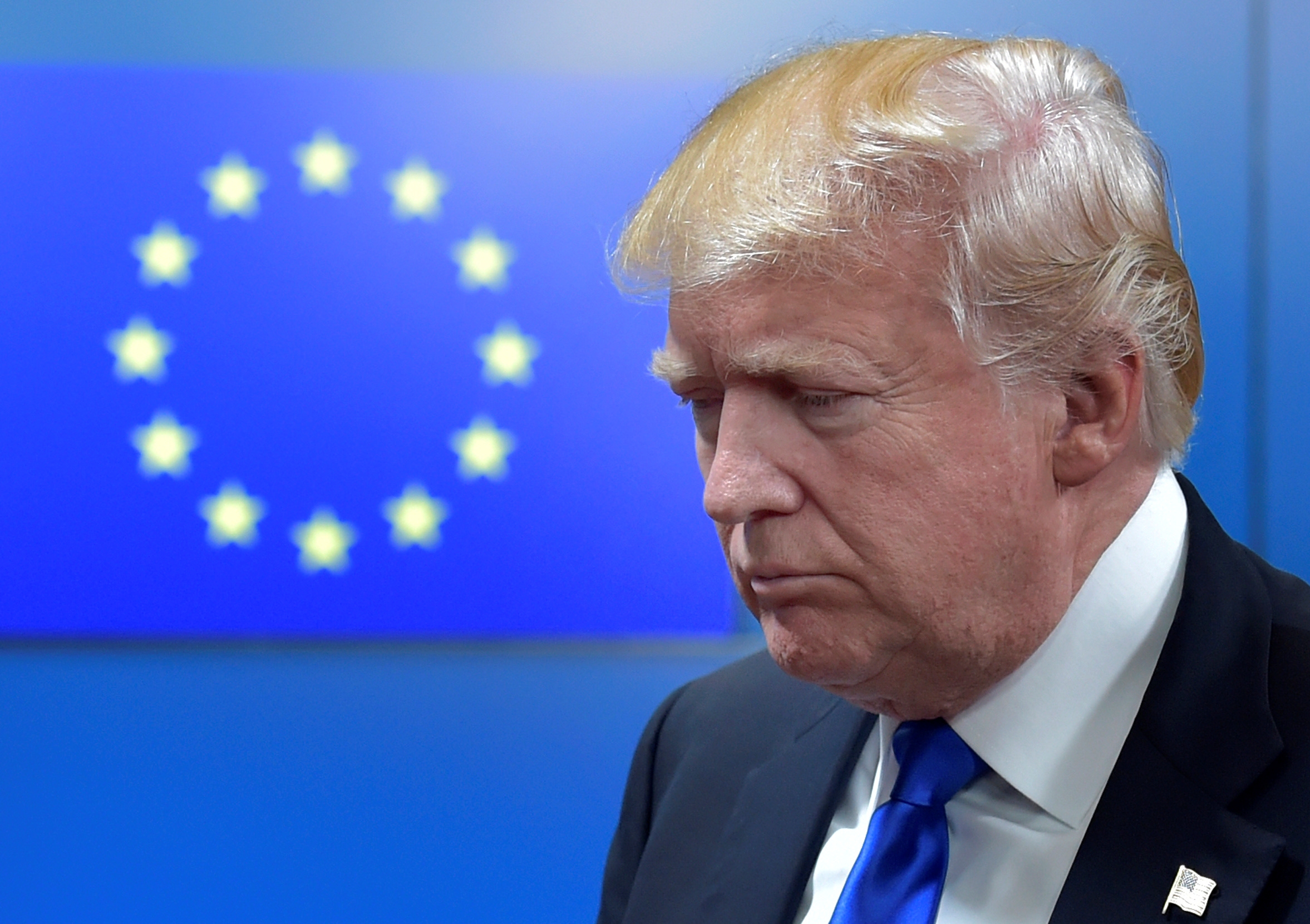 Donald Trump’s presidency has spelled trouble for the United States-Europe alliance. It seems that the US and Europe differ or even clash on almost all major issues, both regional and international. US-Europe relations are experiencing the most difficult time since World War II.

Shortly after his swearing in, President Trump spoke against the European Union on many issues, including EU integration, military spending, trade and refugees, making EU countries feel uneasy and angry. Brussels and Berlin branded Trump as one of the EU’s global “threats”, and claimed that “we Europeans have our fate in our own hands”. All these indicated a big change in US-EU relations, moving towards a more pragmatic relationship based on dealmaking.

The EU and the US have had numerous quarrels and frictions. For instance, when then President George W. Bush withdrew the US from the Kyoto Protocol, the EU condemned the move. When the US invaded Iraq in 2003, France and Germany openly voiced their opposition and refused to join the war.

This time, however, the EU is on a completely different page as the Trump administration. This is unprecedented. In addition to issues directly involving Europe, the EU also disagreed with or boycotted US moves on other major regional and international issues, such as NATO, the Paris Climate Agreement, UNESCO, Jerusalem as Israel’s capital, the Iran nuclear pact, and sanctions on Cuba.

In the first year of the Trump administration, the US and EU differed greatly on the diplomatic front, due to Trump’s “America First” policy. Under the Trump doctrine, the US considers the maximization of its interests as one of its global strategic goals, and would not care about the interests of others, including its allies. First, Trump pressured its European allies to increase defense spending and pay more for protection provided by the NATO, but the European countries insisted on increasing their military budgets in accordance with the original arrangements. Second, the US criticized the Transatlantic Trade and Investment Partnership deal as a multilateral agreement in “disguise of bilateral trade pact”, effectively bringing a halt to the TTIP negotiations. Third, Trump recently blasted the EU’s trade policy with America as "very unfair", and implied that the US would take countermeasures. In response to Trump’s threats, the EU warned that if Washington adopted trade restrictions against it, the European block would react “swiftly and appropriately”. And fourth, Trump last month issued an ultimatum to Germany, France, and Britain, requiring them to reach a consensus on amending the Iranian nuclear deal within 120 days, otherwise the US would withdraw from the pact. Germany, France, and Britain, however, stood firm on the deal, claiming that the deal is not renegotiable, and ignored the threats made by Trump.

In short, Trump is pragmatic and cares about real benefits rather than reputation. In Trump’s view, the European allies have already taken too many advantages from the US, in the military, security, and economic fields, and the US should no longer permit this. To some extent, the “America First” policy is a sort of rebalance of interests between Europe and the US, or a reframing of their relationship. Therefore, contradictions and conflicts are inevitable.

On the other hand, Trump considered his success in the presidential election as a victory of the populist movement and anti-institutional, anti-immigration, and anti-globalization sentiments. Trump hoped that the movement could spread across the world, and this explains why he tweeted his support for the forces that were against European integration, the Brexit referendum, and the elections of some European countries. Encouraged by the Trump phenomenon, the populist forces in some European nations gained momentum, undermining the sovereign foundation of the EU. This led to worsening EU-US relations.

European media reported that the EU has given up hope on the Trump administration after struggling for a year and has set its eyes on the post-Trump era. The priority for the EU is to prevent its relations with the US from further worsening, and to mitigate the damage.

In the past few years, the EU has realized it has to stand united to be strong. France and Germany issued a joint statement that they will further deepen cooperation and reinvigorate the European integration process. At the end of last year, the EU ratified the “Permanent Structured Cooperation” in the defense among its members, including joint development of military strength, investment cooperation projects and reinforcement of military forces of the member countries. As German Foreign Minister Sigmar Gabriel said, this is “a big step towards the self-reliance and strengthening of EU security and defense policy". The EU and Japan concluded free trade agreement negotiations at the end of last year, which will lead to the birth of the world’s largest open economic region, and indicates that they have discarded trade protectionism.

During the Trump era, however, the US’ traditional dominant role is unlikely to change. Furthermore, with Trump’s unpredictability, it remains to be seen how the EU can maintain stable relations with the US.

US-EU RelationsNATO
printTweet
You might also like
Back to Top
CHINA US Focus 2018 China-United States Exchange Foundation. All rights reserved. Disclaimer