US-Europe Rift Not to Be Healed Soon 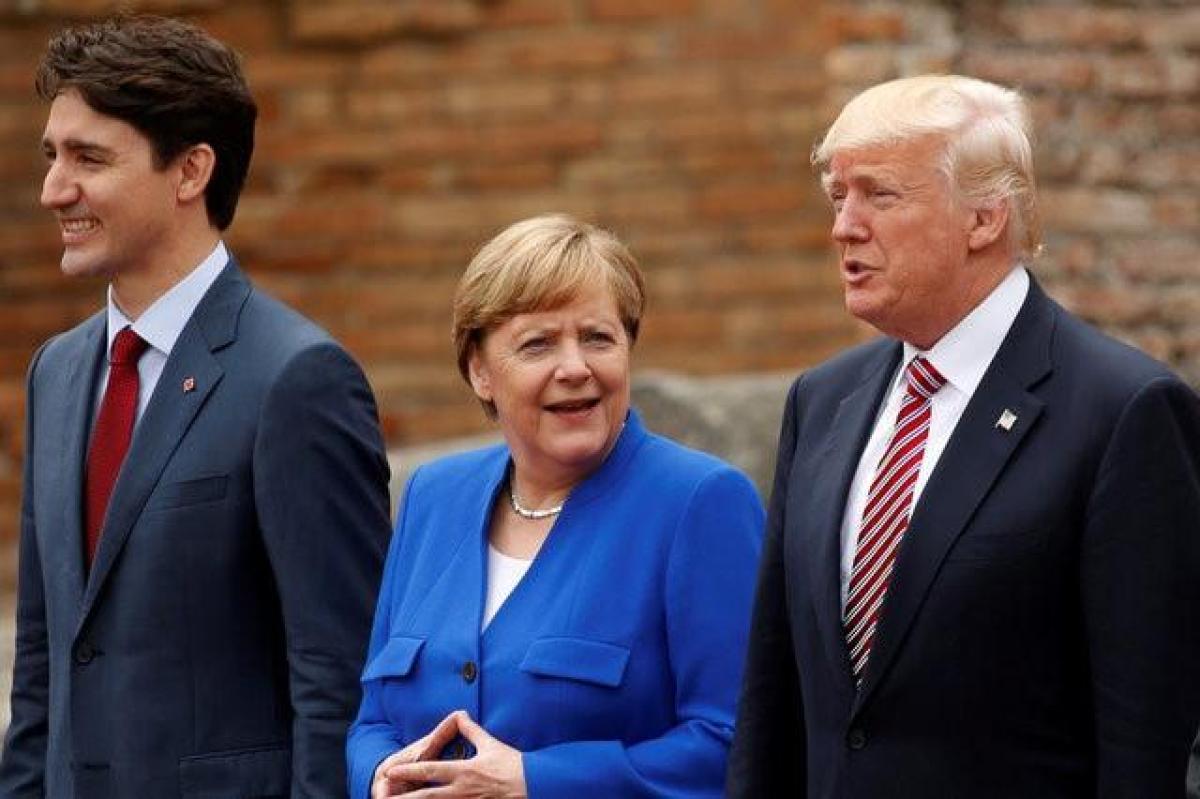 Since Donald Trump assumed power in the White House, discord has kept erupting between the United States and the European Union. At the NATO summit and G7 summit held not long ago, Washington and its cross-Atlantic allies bickered over NATO payments, trade and climate change among other issues in mutual distrust. Commenting on the overshadowed US-EU relations, German Chancellor Angela Merkel called for unity among European nations. She said at a Christian Democratic Union rally that “the times in which we can fully count on others are somewhat over…. We Europeans must really take our destiny into our own hands.”

During the more than 20 years since the EU’s establishment, EU-US rubbing was a constant occurrence. In fact, the process of European integration was initiated by the US in the wake of World War II’s ending. However, Europeans have become increasingly eager for independent development as the EU kept growing strong, which gave rise to constant conflicts with the US. For instance, when US President George W. Bush announced in 2001 the US was quitting the Kyoto Protocol on the pretext of “checking the economic growth,” many EU members lashed out at Washington angrily. When the US launched the Iraq war in 2003, France and Germany expressed opposition and refused to join in.

The current rift between the US and EU, however, differs from the previous squabbles in terms of extent. First, it involves a wider range of problems. Trump supports the populist and anti-globalization forces in Europe. A populist himself, Trump regards those in Europe who want to break away from the EU as his comrades. He tweeted in support of those people who voted for disintegrating the European union in the Brexit referendum and French election, inviting for himself resentment and criticism from the EU. The present US-EU tension also involves many other issues, such as trade, economic policy, defense budget, refugees and climate change, making it different from the previous conflicts, which were usually limited to a single field. Hence it is more difficult to solve.

Second, the Trump administration exercises the “America first” policy for maximizing the country’s national interests, making it the country’s top strategic goal instead of promoting the values of freedom, human rights, democracy and law-based governance across the world. Recently, National Security Adviser Gen. H.R. McMaster and National Economic Council Director Gary Cohn published an opinion piece in the Wall Street Journal, noting that it is Trump’s understanding that “the world is not a ‘global community’ but an arena where nations, nongovernmental actors and businesses engage and compete for advantage.” They went on: “Rather than deny this elemental nature of international affairs, we endorse it.” The two top aides’ remarks were an authoritative interpretation of the changes Trump has made to Washington’s policies. In essence, Trump’s foreign policy is to abandon moral obligations and serve American interests only, which is against the Western traditional values that most European countries are still following. These common values as the foundation of the cross-Atlantic alliance are at risk of collapsing.

Third, Trump is further contracting the US’ global strategy. During his tenure in the White House, Barack Obama also exercised strategic shrinkage with cautious use of armed forces. Trump has gone further to the extent of weighing whether the US needs to shoulder so many responsibilities for other nations and if it is necessary to export the American way of life.

The final aim of the new foreign policies and measures Trump adopted after assuming the presidency is to let his country “shed load” by reducing all outbound expenses that do not support American interests. For instance, he repeatedly asked the European allies to increase NATO payments; he dodged the defense treaty’s Article 5 at the alliance’s latest summit, hinting that the US can no longer provide unlimited defense guarantee for its allies; he hit out at Germany about its automobile sales in the US, saying that the “EU is a tool of Germany” and “Germans are bad, very bad;” and he decided to quit the Paris climate agreement without regard for dissuasion from the EU. Obviously, Trump would rather give up “American leadership in the world” than lavish money on developing countries to enhance their sustainability against climate change. To put it simply, Trump thinks that Europe and other allies have profited too much at the US’ expense and that the US should stop being such a sucker.

That said, one can easily conclude that there would be no immediate patching-up for the present rift between the US and EU. The EU, on its part, has never given up the hope to become a major pole in the global political landscape and will continue lessening its reliance on the US. It is foreseeable that the US-EU relationship will be laden with discord throughout Trump’s tenure.

Certainly, a tensing US-EU relationship does not necessarily spell a split of the cross-Atlantic alliance. Europe is still one of the focuses of Trump’s foreign policy. So far both sides have remained cooperative in trade, economic affairs and military exchanges with their discord only coming in verbal clashes in the field of politics. Confrontation may occasionally become the major factor in the bilateral relations, but it will still be the allies’ top priority to keep their unity intact.

US-EU RelationsG7 SummitNATODonald Trump
printTweet
You might also like
Back to Top
CHINA US Focus 2018 China-United States Exchange Foundation. All rights reserved. Disclaimer