Is the US Really A Global Leader?

Very few Americans would accept that the US is not a global leader. And the US is also the only nation state that has sufficient resources to play the role of leader in global affairs. Unfortunately, we can find very little evidence that indicates that the US is a worthy global leader today. 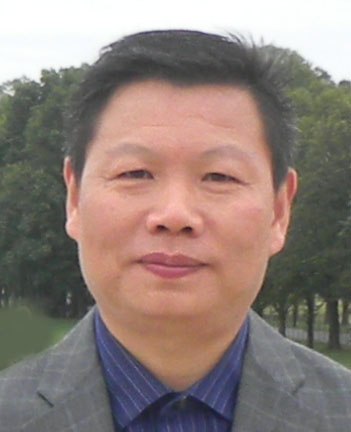 Great powers always have two identities: as a nation state and as a global leader. Accordingly, they command two kinds of resources: those as a nation state, as well as their global public resources. The second category could include the power that they obtain from their special status accepted by other nation states. For instance, nations can gain status by being permanent members of the UN Security Council or by holding a reserve currency.

The role of a nation state in the international community is usually defined by the ways that an actor uses its resources. An average state employs its own resources for its own national interests, while also benefiting from the public good provided by global leaders.

The US used to contribute to global public goods. In 1991, the US provided approximately 66 thousand troops, the biggest number, to the coalition to drive back Saddam Hussein’s aggressive forces from Kuwait. With that resolute action, the US, together with other countries, was able to restore order in the region and the rules of no encroachment of territories through military means. That action was also authorized by the UN Security Council.

The US also contributed to Middle East peace by brokering negotiations between Palestinians and Israelis in the 1990s. The US witnessed the signing of the Oslo Agreement between Yassir Arafat and Yitzhach Rabin, and later pushed the two to negotiate on a comprehensive resolution of final status issues in the year 2000. Though it failed to do that, US efforts were appreciated.

But except for a limited number of cases, US actions in the broad Middle East in the last few decades have been more questionable. US efforts in the counter-terrorism war in Afghanistan are in dispute. In the beginning, the world generally regarded the war to topple the Taliban as legitimate. Terrorism is a threat to the US in particular, but also to the world at large. And the Taliban provided harbor for Al Qaeda. The war in Afghanistan was approved by the UN Security Council.

But people all over the world have questioned subsequent actions by US troops in Afghanistan. US troops have mistreated some of the prisoners captured, disrespected the religious beliefs of ordinary Muslims, and used violent measures, which have killed innocent civilians.

US decision to withdraw from Afghanistan will prove to be even more irresponsible. Barack Obama’s administration decided to pull out US forces before the end of 2014. But the administration and the world are all very clear that Afghanistan’s leadership is not prepared to take care of its security issues, as clashes and violence have become more and more frequent recently. Is it responsible to take care of oneself while leaving the turmoil behind for the vulnerable Afghan government?

The US is even a bad leader on the issue of Iran. Iran might be a challenge to the US role in the Middle East because of its dissatisfaction for US policy, but it is not necessarily a threat to the region or the world. On the contrary, Iran has good relations with some of its neighbors like Iraq, Turkey, Oman, NAM countries, South Korea, Russia and China. But the US tries to define Iran as a regional and global threat, and has tried to mobilize the global consensus against Iran. To press Iran down, the US has not only use its own resources, such as its troops in the Gulf, but also the resources granted by other countries, including its status as a permanent member of the UN Security Council.

The US is also a bad leader in the case of the Palestine and Israel conflicts. According to statistics, the US has used its veto in the UN Security Council more than 170 times, and quite a number of them are to protect Israel. By that, the US is using its global public resources to protect its own allies, which is in the interest of the US as a nation state.

The US also behaves more like a nation state rather than a global leader in the Asia Pacific area. If it were a leader, it would use its own national resources to practice international justice. Unfortunately, the US has not done so. The US was not willing to use its own resources to maintain the post-World War II regional order, including preventing Japan from rearming . But it would rather use its own resources to balance and encourage Japan, as well to rearm itself, to serve as bulwark against China, which the US regards as a potential threat to its national interests and global leadership.

It is also questionable whether the US is truly a global leader in the global commons, for instance, in energy security. There is a oft-repeated argument in Washington that the US will reduce its military presence in the Middle East, since the US will no longer be a top oil importer. This argument indicates that the US is a nation state rather than a global leader on energy security issues. If the US really stands for maintaining a stable supply of oil for the global market, then why should the US reduce its military resources in the region? It is another question whether the US really wants to maintain peace and stability in the region.

All in all, though the US would still categorize itself as a global leader, its role is actually complicated. It might have contributed to the global public goods but, as discussed above, the US today is more of a nation state rather than a global leader.

The US remains a nation with the most strategic resources, and it is determined to play a leadership role in global affairs, as US decision makers frequently proclaim. But that role will largely depend on whether the US will invest its resources in global justice and common interests.

US-Middle East Relations
printTweet
You might also like
Back to Top
CHINA US Focus 2018 China-United States Exchange Foundation. All rights reserved. Disclaimer