The Rise of Regional Powers and the Future Middle East Order 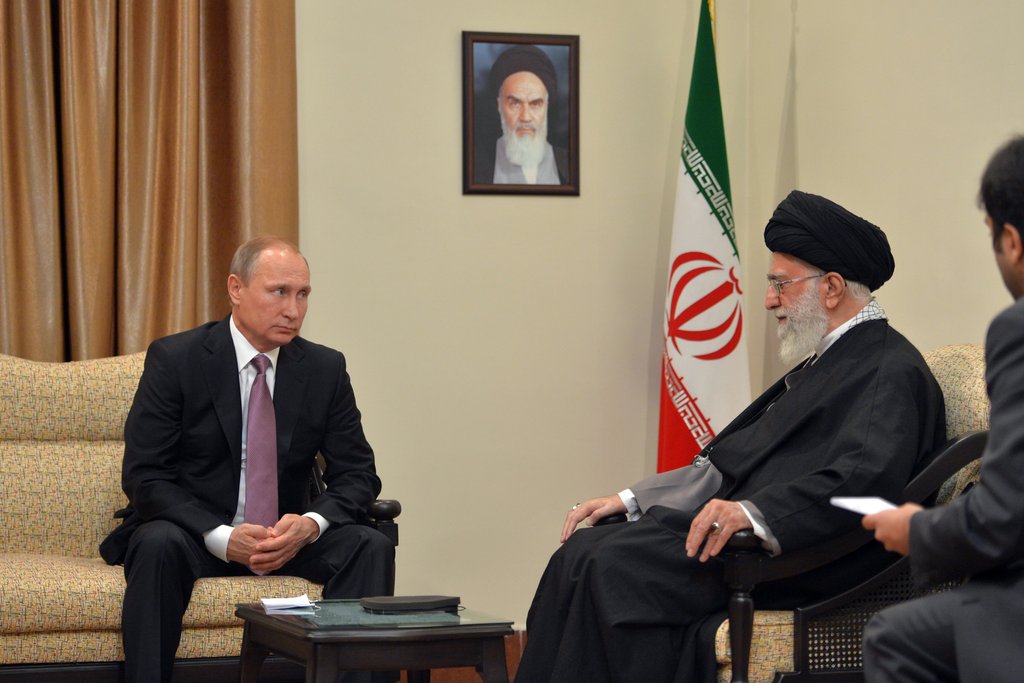 Russia’s increasing involvement in Syria in the last couple of years sees it competing with the U.S. for geopolitical influence in the Middle East. Some observers even argue that the Cold War is returning to the region. However, the Middle East should see the rise of regional powers and their competition for influence with America’s withdrawal from the region.

Observers began to predict who would fill the vacuum left by the U.S. since Obama’s second term in 2013. Washington worried about China’s increasing role in Middle East geopolitics. But China has no desire for a sphere of influence or proxies. It’s the regional powers who want that, and who will shape the new regional order.

The geopolitics in the region have primarily been characterized by the competition between Iran and Saudi Arabia together with its major Gulf Cooperation Council partners. The two have been competing for influence in areas including Iraq, Bahrain, Yemen, Syria, Lebanon, and even Qatar. They have been using religious identity as tools to expand their influence, while global powers like the U.S. and Russia employ political, economic, and military resources. Along almost all the fault lines, Iran allied with Shiite groups while Saudi embraced Sunni forces. The competition between the two has become the defining feature of Middle East conflict and security.

In addition to proxy competition, the two have also been increasing their military strength. Iran has been developing its missile and drone capability on its own while Saudi Arabia has been buying advanced weapons from the U.S. and other major western powers.

Other regional players are also getting increasingly involved. Turkey has taken an active role in Palestinian, Syrian, and Qatari issues. It will become increasingly important in shaping the future Middle East order.

This does not mean regional powers have actually gotten stronger domestically. Both Iran and Saudi Arabia are in a very difficult economic situation. Iran has been under tough U.S. economic sanctions because of the nuclear issue, and its annual inflation rate is 20%. Saudi Arabia’s economy has been growing very slowly because of the sluggish oil market and the increasing financial deficit.

The withdrawal of the U.S. from the Middle East since the Obama administration left a tremendous vacuum for other players to fill. It was because of U.S. withdrawal from Iraq that Iran was able to influence the Iraqi government. On the other hand, regional actors have felt the need to play bigger roles to safeguard their interests and protect their security. For instance, Saudi Arabia’s active involvement in Bahrain, Yemen, Syria, Lebanon, and even Iraq can be attributed to its concern about Iran’s expansion in the U.S.’ absence. Saudi Arabia used to depend on the U.S. for protection, but those days are gone.

It is true that major outside powers, like the U.S. and Russia still play extremely important roles in the Middle East. If they are willing to invest more strategic resources, they can still dominate the region. But this scenario is unlikely. They are either withdrawing from or on the defense in the region.

The West believes that Russia has been very aggressive on Syria, but Russia was actually just defending its last ally in the Middle East. The survival of Bashar Assad’s government is extremely important for Russia. Without Syria, Russia will lose its strategic influence in the Middle East and the Mediterranean region. That’s the reason Russia sent its troops to Syria to protect Bashar Assad’s government in 2015. By winning the war, Russia had gained control of two Syrian Mediterranean ports. Russia paid dearly for these gains, not just economically but also in lives as a result of military engagements and terrorist attacks. It’s unlikely Russia will increase its strategic presence in the region, as Putin declared Russia’s withdrawal from Syria months ago.

Therefore, ‘competition’ may not be the best way to describe the U.S.-Russia rivalry in the Middle East, given their defensive postures. Yet it is true that the two were dragged into rivalry. Many people believed that the latest U.S. bombing was out of humanitarian concerns as Syrian government forces had attacked civilians with chemical weapons. But it may be that someone else wanted to keep the U.S. deeply involved in the game. It might not be a coincidence that the chemical attacks happened shortly after Trump hinted he would withdraw the U.S. from Syria.

All in all, today’s Middle East is rife with competition among regional powers rather than outside powers. While regional powers have become more active, outside powers are curtailing their actions. The future Middle East order will be characterized with interactions among regional actors instead of outside ones. The new scenario will be a tough challenge for the region and the world.