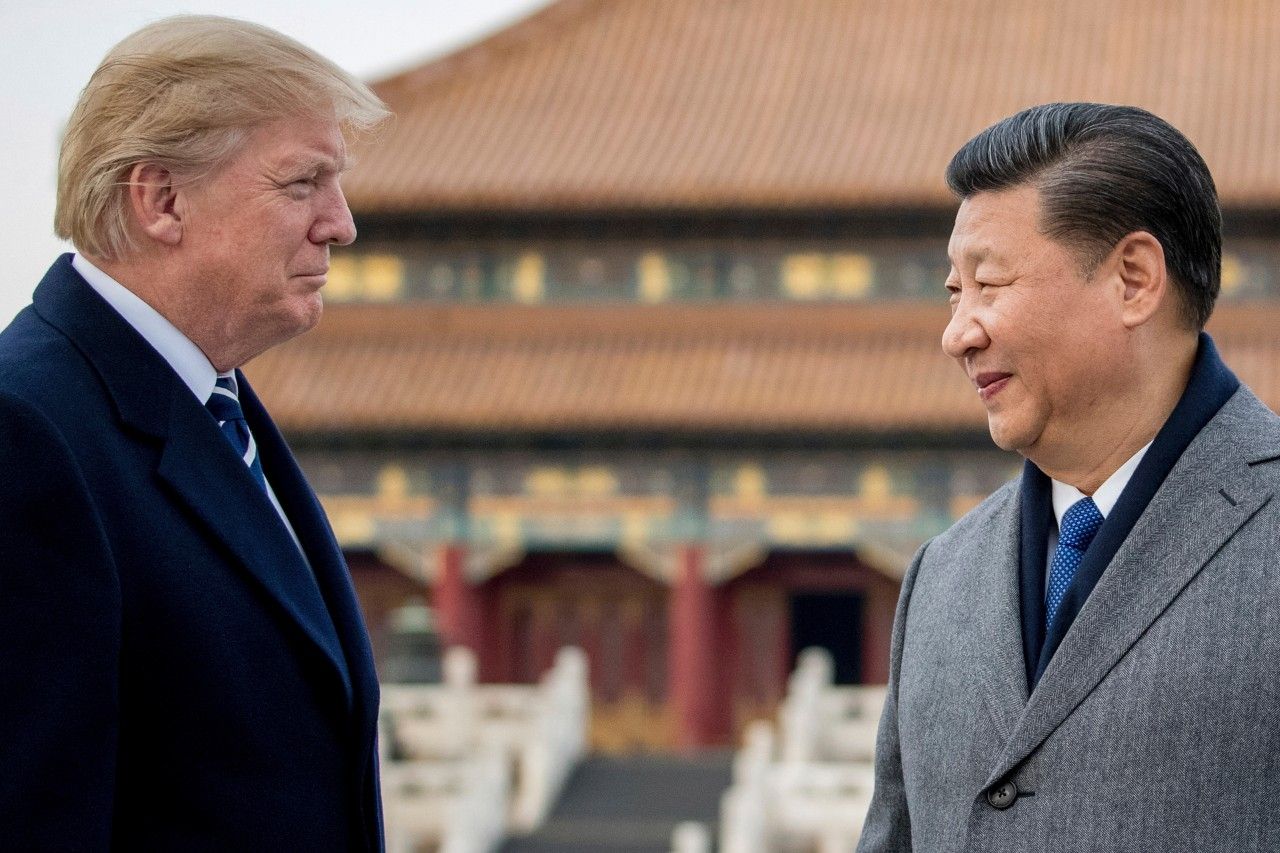 The year 2017 has been a momentous year for China and for the world. Given the evolving international landscape and growing global instability and uncertainties, humanity has once again come to a crossroads of history. We face a choice between openness and isolation, between cooperation and confrontation, and between win-win cooperation and zero-sum rivalry. What major countries opt for will impact the future of our world.

China has given its answers to the serious questions confronting the world. The successful 19th CPC National Congress held in October opened up new horizons for the cause of socialism with Chinese characteristics in the new era. It set out the direction and objectives of China's foreign policy by articulating two overarching goals, namely, the fostering of a new form of international relations and the building of a community with a shared future for mankind.

By observing China’s foreign policy in the run up to the 19th Party Congress, China’s efforts toward these two goals, and its diplomatic vision for the future, become more apparent.

The Belt and Road Initiative has provided a roadmap for breaking development bottlenecks, improving economic governance, and achieving sustainable development by pooling development resources. It is guided by the principle of pursuing shared benefits through consultation and collaboration between countries and organizations. The initiative will lend sustained impetus to the building of a community with a shared future for mankind.

Secondly, China has acted as a staunch advocate for economic globalization. In his keynote speech at the World Economic Forum in Davos earlier in the year, President Xi Jinping called on countries to work together to counter the challenge of protectionism, which he characterized as locking oneself in a dark room. He also put forward China's proposals to boost global growth and make globalization more balanced and equitable.

President Xi's messages have been conveyed from Davos to the United Nations Office in Geneva, from the G20 Summit in Hamburg to the APEC meeting in Da Nang, signaling China’s emergence as the most dynamic force for improving global governance.

Thirdly, China has worked proactively to promote stable relations with major countries. Effective interactions between President Xi and President Trump have provided a strategic anchor to what is the most complicated and consequential relationship in the world, enabling a smooth transition and positive start to China-U.S. relations under a new U.S. administration. President Trump made a state visit to China shortly after the 19th CPC National Congress, during which  both governments agreed to expand cooperation in a variety of areas and manage differences on the basis of mutual respect.

China has no intention to remake or replace the United States’ international role; nor can the U.S. expect to dictate to China or impede its development. The growing commonality of interests has far outweighed our disagreements. Cooperation benefits both countries, while confrontation will hurt both. This is a plain truth.

Recognizing this, China and the U.S. need to find ways to cooperate more effectively. China is willing to live peacefully with the U.S. on the basis of mutual respect, while the U.S. needs to understand and accept that China is following its own path of socialism with Chinese characteristics. Both should realize that the old-fashioned mentality of zero-sum rivalry no longer works. Seeking common ground and pursuing mutually beneficial cooperation is the only right choice.

President Xi and President Putin of Russia met five times this year, enabling close coordination on major issues such as global strategic stability and joint development strategies that are crucial to the revitalization of Eurasia. The China-Russia comprehensive strategic partnership of coordination has become a cornerstone for world peace and stability, fairness and justice, and win-win cooperation.

The uncertainties in Europe notwithstanding, China will continue to firmly support European integration and development.

Fourth, China has worked to promote stability and sound regional cooperation in our own neighborhood. President Xi Jinping’s visit to Southeast Asia following the 19th Party Congress sent a clear message of China's commitment to building a community with a shared future in its neighborhood.

China and the Republic of Korea (ROK) have made progress in trying to overcome the difficulties in their relationship that were caused by the deployment of the THAAD system. The Moon Jae-in administration has made important public commitments to consider China’s concerns about strategic security. China and the ROK will now be able to progress towards the development of positive bilateral relations and peace and stability on the Korean Peninsula.

China takes seriously the recent steps Japan has taken to improve ties between our countries, and welcomes Japan's participation in the Belt and Road Initiative. We hope that Japan will not hesitate or backpedal in moving the relationship forward.

China and India have far more shared strategic interests than differences. We handled the Indian border troops' trespass into China's Dong Lang area in line with our national interest, on just grounds and with restraint. We engaged diplomatically with India to bring about a withdrawal of equipment and personnel. As we continue to improve strategic communication channels and dispel misgivings, we hope for further productive engagement with India.

China has always been a leading supporter of regional cooperation and a loud advocate of efforts to build a Free Trade Area of the Asia Pacific (FTAAP) and the East Asia Economic Community, and for the early conclusion of negotiations on the Regional Comprehensive Economic Partnership (RCEP).

In the South China Sea, we have worked hard to ease tensions by restoring and reinforcing the consensus between China and ASEAN countries to peacefully resolve disputes through dialogue, among the countries concerned. Agreement has been reached on the framework of a code of conduct (COC) in the South China Sea ahead of schedule, and we have officially declared the commencement of consultations on the COC text.

Regarding the nuclear issue on the Korean Peninsula, we remained committed to upholding the international non-proliferation regime, safeguarding peace and stability, achieving denuclearization, and resolving the issue through dialogue and negotiation. We have fully and strictly implemented the relevant UN Security Council resolutions. We have also put forward the "suspension for suspension" proposal, which calls for the suspension of nuclear and missile activities by the Democratic People’s Republic of Korea and the suspension of large-scale military exercises by the U.S. and the ROK.

Through shuttle diplomacy, we have encouraged Afghanistan and Pakistan to agree on a bilateral crisis management mechanism, and mediated between Myanmar and Bangladesh by putting forward a three-step proposal to resolve the issue in the Rakhine State of Myanmar, which was well-received by both countries.

Looking to the future, we aim to achieve new accomplishments and to take on new responsibilities in the conduct of China's foreign policy in the new era, for the development of socialism with Chinese characteristics.

We advocate the following principles for state-to-state relations in fostering a new form of international relations: mutual respect, fairness and justice, and win-win cooperation. Countries of different sizes and strengths, with diverse systems, religions and civilizations, are all equals. The law of the jungle, which puts the weak at the mercy of the strong, must be rejected. The outdated mindset of zero-sum relations should be replaced by a new approach, where we work for common development and shared benefits.

To build a community with a shared future for mankind, we need to come up with solutions to various global challenges. We see the future of all countries and peoples as closely intertwined, like passengers on the same boat. To meet everyone’s needs for a better life, we would like to see the world operate like a harmonious family.

We will break new ground in major-country diplomacy with Chinese characteristics. In a world that continues to change at a rapid pace, in unpredictable ways, China will remain a steadfast contributor to world peace, a facilitator of development, and a supporter of the international order. Specifically, we will make efforts in the following areas.

Firstly, we will endeavor to expand China's network of global partnerships. As General Secretary Xi Jinping has emphasized, those who seek common ground while shelving differences can be great partners. China has established a range of partnerships with over 100 countries, based on the same commitment to equality and mutually beneficial cooperation. Such a practice, which is widely recognized and welcomed, offers a new option for countries that are exploring their approach to state-to-state relations.

We will enhance coordination and cooperation with Russia, the United States, Europe and other countries to build a framework of overall stability and balance among major countries.

Secondly, we will start in our own neighborhood, and in partnership with other developing countries, to build a community with a shared future for mankind. We will utilize major events next year, such as the 15th anniversary of China-ASEAN strategic partnership, and the two conferences China will host— the Boao Forum for Asia and the Shanghai Cooperation Organization Qingdao summit— to lend new impetus to regional cooperation.

Thirdly, we will advance Belt and Road cooperation, working for significant results in facilitating policy, infrastructure, trade, financial, and people-to-people connectivity. We will boost the development of participating countries wherever possible.

Fourthly, we will actively explore methods to resolve hotspot issues, based on the following Chinese characteristic principles of: non-interference or imposition of one's own will on others; an objective and impartial approach; and striving for political solutions while rejecting the use of force. These principles have stood the test of time and continue to receive endorsement from more and more countries.

Even as the situation on the Korean Peninsula remains mired in a vicious cycle of provocation and confrontation, we believe that the possibility of peace and negotiation remains. War is by no means acceptable. The involved parties need to seriously consider China's "suspension for suspension" proposal and take the first step toward de-escalation, so we can move beyond confrontation and create the right conditions for the resumption of dialogue.

China has put in more effort and has borne greater cost than any other party in the Korean nuclear issue. We will continue to do our part. However, we will not support or accept the demands of any party that are inconsistent with, or go beyond, the UN resolutions. We will not support unilateral action as it would undermine the unity of the Security Council and the legitimate interests of other countries.

Regarding the Middle East, China has always firmly supported the efforts of the Palestinian people to restore their lawful rights. We support the establishment of an independent Palestinian state that enjoys full sovereignty, with East Jerusalem as its capital, and based on the 1967 border. The status of Jerusalem must be determined through dialogue and negotiation on the basis of UN resolutions. The two-state solution remains a viable, fundamental solution to the Palestinian issue. We appeal to all parties to avoid creating new turbulence in a region already fraught with challenges.

Before the end of the year, I will be joined by my Afghan and Pakistani counterparts in Beijing for the first ever three-way foreign ministers' meeting, to discuss peace, reconciliation and reconstruction in Afghanistan. China will also continue mediation to work for a phased settlement of the situation in Rakhine state, Myanmar.

It has never been more important for the world to understand China’s perspective, foreign policy vision and diplomatic approach. It is a critical moment for China to contribute more to peace and development in a fast-changing world. Going forward, China will remain dedicated to working with all countries to advance its foreign policy objectives, and the world will be better off for it.