Qatar’s Diplomatic Crisis: Why US Must Not Remove Itself 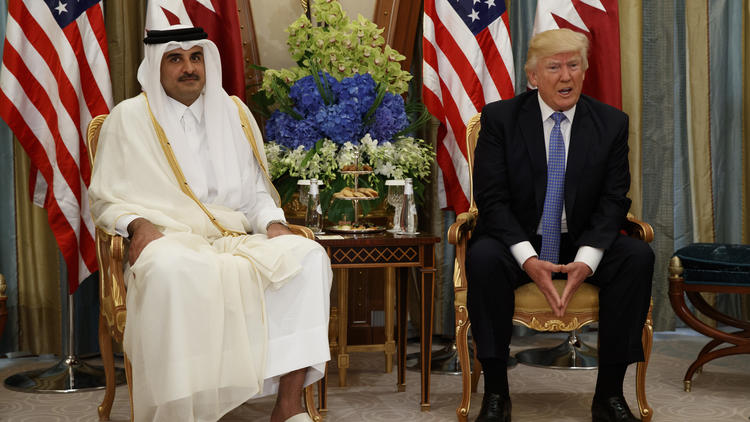 The new crisis in the Middle East triggered by Saudi Arabia, UAE, Egypt and Bahrain cutting off diplomatic ties with Qatar in early June has shown no sign of an end. In the latest news, the four countries sent a list of 13 demands to Qatar to be met in order to lift their blockade, including reducing diplomatic relations with Iran and shutting down Al Jazeera. The Qatar Foreign Ministry, on the other hand, expressed deep regret and shock at the demands, insisting they violate Qatari sovereignty and dignity, and vowed not to negotiate with those countries unless the blockade was lifted.

Although there has been no sign of abating in this diplomatic crisis, statements of the US seems to indicate an aloof attitude. On June 23, the White House said that it considers the deepening crisis in the Gulf to be primarily a ‘family issue’, urging regional leaders to chart a way out while the US helps enable talks. However, the crisis was closely linked to President Trump’s recent visit of Saudi Arabia and perhaps even provoked by the US. And now the US suddenly wants to stay out of it. This is very unwise and dangerous. It will not help resolve the crisis and may well end up lifting a rock only to smash one’s own toes and ultimately endanger US interests in the Middle East and the anti-terror undertaking.

First, the US was complicit in the outbreak of the crisis. Saudi Arabia and other countries cut off their diplomatic relations with Qatar apparently because of the pro-Iran remarks of the emir of Qatar and the country’s support for the Muslim Brotherhood and Hamas, but US support was behind their moves. When visiting Riyadh on May 20, President Trump signed an arms deal of over $110 billion (equal to the total value of arms-sale contracts completed in the eight years of the Obama administration). With US participating in the three Saudi-arranged summits (US-Saudi, US-GCC and US-Arab-Islamic), Saudi Arabia’s status as the axis of US regional allies was confirmed, boosting the country’s confidence and regional ambition. During his visit, Trump did not fail to criticize Iran and Qatar. Upon the start of the blockade, Trump immediately took the Saudi side to accuse Qatar of funding terrorism for a long time and described the moves against Qatar as ‘cruel but necessary’. Even Trump himself admitted to knowing in advance and agreeing to the moves — and even tweeted to claim credit: ‘So good to see the Saudi Arabia visit with the King and 50 countries already paying off. They said they would take a hard line on funding extremism, and all reference was pointing to Qatar. Perhaps this will be the beginning of the end to the horror of terrorism!’

Furthermore, the crisis is not a ‘storm in a teacup’. If the US lets things go unchecked, it may well pay a high price with its interests in the Middle East and anti-terror effort endangered. Influences of the blockade have not been confined to Arab countries. Qatar’s foreign minister went to Russia and Germany for help. Iran and Turkey quickly reacted with express support for Qatar in the transport, economic and military fields. Iran has not only opened up its air space for Qatari airlines but also shipped food to Qatar by air and sea to help alleviate the difficulties caused by the blockade. The Turkish parliament adopted a high-profile act approving the dispatch of a 3,000-strong troop contingent to Qatar for joint military exercises. At this moment of reshuffling in the Middle East, what the US and Saudi have done is to actually push Qatar into the arms of Iran, Turkey or even Russia, which will have a huge negative impact on GCC solidarity and US anti-terror efforts in the Middle East.

Finally, rather than stay out of the crisis, the US has to take an active part in the mediation process. Let the person who tied the bell untie it. As the manipulator behind the scene and the most important force from outside of the region, the US must not satisfy itself with signing big arms-sale contracts with both Saudi and Qatar or the ecstasy of successful deals. Rather, it should proceed from peace, stability and solidarity of the Middle East and work on both Saudi Arabia and Qatar by first stressing the humanitarian perspective and persuading the Saudis to lift food blockade first in exchange for Qatari compromises in some respects of the 13 demands, which seem too harsh for Qatar to swallow. The US should strive to narrow down the huge gap between the two sides and help them find an appropriate compromise that saves face for both rather than shifting all the responsibility onto others.

When the crisis started on June 5, the Chinese Foreign Ministry stated its hope that the countries concerned would properly settle differences through dialogue and consultation, safeguard solidarity and jointly work for regional peace and stability. Saudi Arabia, Iran and Qatar are all friendly countries to China. In January 2016, when Saudi Arabia and Iran increased their diplomatic standoff and cut off relations, President Xi Jinping still visited both countries as planned and reached agreement with both on their participation in the Belt and Road Initiative. The Chinese side sincerely hopes that a peaceful resolution will soon be found for the current crisis and that all countries concerned will return to the track of solidarity and development.