Modi’s India and Its Relations With China

Narendra Modi’s Bharatiya Janata Party (BJP) returned to the center of national politics on May 26 riding on a sweeping win in elections. Modi himself was sworn in as the new Prime Minister of India. 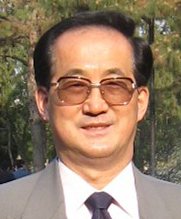 It took Modi only one year to rise from the chief minister of a local state to the premiership of a country of 1.25 billion. Yet both inside and outside India, there have been profound concerns about Modi’s leadership and the orientation of the Sino-Indian relationship. Though Modi has said little about foreign policies, we can still judge his basic tendencies in foreign policies and general orientation in relations with China on the basis of his basic ideas and major concerns.

Let’s first take a look at Modi’s governance philosophy. Modi rose from Gujarat state, where he was chief minister for 10 years. It was under his leadership that Gujarat worked hard to improve infrastructures and offered various incentives to attract investment. Modi had made many trips to Japan, China and Singapore, drawing experiences from the countries’ rapid development, resulting in unprecedentedly fast growth of the local economy. Between 2002 and 2013, the state witnessed an average annual growth upwards of 10 percent, winning the name of “India’s Guangdong”. With 5 percent of India’s population, the state contributed 16 percent of the country’s overall industrial output and 22 percent of foreign trade. In the past few years, as a result of the international financial crisis and slowdown of reforms at home, India’s economic growth dropped dramatically from the 9.1 percent in 2009 to 4.4 percent. Yet Modi’s Gujarat has achieved enviable growth. It was such outstanding performance that has facilitated his sweeping win in the elections. In his future years as prime minister, “Modinomics” will surely continue to be his magic formula for securing popular endorsement. Promoting growth, increasing jobs, improving livelihoods will naturally receive overwhelming emphasis on Modi’s agenda for realizing the dreams of 1.2 billion people.

China has worked miracles in the past 30 years. Some of the experiences China has accumulated in its reform and opening up include the capabilities for overseas investment it has acquired through growth, as well as its practical engineering capacities that suit India’s needs. Very reasonably priced goods and services should also be particularly appealing to Modi, who has visited China four times. If the two countries can cooperate closely and further enhance economic and trade ties, it will certainly advance the welfare of people in both countries. To the ambitious and reform-minded Modi, strengthening ties with China will inevitably be a logical strategic option for his dream of a rising India.

From the perspective of India’s national strategies, no party would make disruptive changes in preset national strategies after assuming national leadership. Therefore, despite different political parties’ diverging governance philosophies and policy preferences, the country’s basic strategic values will survive. Shortly after the BJP’s win, a leading member of the party openly stated that Modi would place great emphasis on relations with China, and expressed the hope for effective collaboration between the two governments. China has always given priority to Sino-Indian ties in its foreign policies based on its recognition of India’s roles as a neighbor, major power, developing country, and an important character on the stage of a multi-polar world. This is why China has stressed the importance of preserving, developing and enhancing bilateral ties, and further strengthening collaboration on the multilateral stage. Following Modi’s election, there is reason to believe that Sino-Indian relations will enter a promising new stage with efforts by both sides.

We can also look for clues from the BJP’s governing history. A BJP-led coalition ruled India from 1999 to 2004. At that time, Indian Prime Minister Atal Bihari Vajpayee did many meaningful things in advancing Sino-Indian ties, maneuvering impressive strides from a less-than-impressive starting point. During Vajpayee’s successful visit to China, the two sides published the “Declaration on bilateral relations and comprehensive cooperation between China and India,” laying fine groundwork for cooperation in political, economic, military, cultural and personnel exchanges.

Of course, we must also see that there still are some significant challenges in developing Sino-Indian relations, among which border disputes, as legacies of history, could be the most thorny. For their association with territorial sovereignty, border issues are truly difficult to resolve. Yet as long as the two countries share a strong political will, both countries have strong governments, and both peoples have proper knowledge about the historical truth regarding the border issues, it is possible to find a fair and reasonable solution that both parties can accept. If the two parties can’t reach consensus at the present, they should at least preserve peace at the lines of actual control in the border area, and prevent the problem from seriously affecting their collaboration and exchanges in other aspects. Meanwhile, the two parties should work hard to explore measures for enhancing political, security and military mutual trust through different channels and mechanisms, and consolidate the groundwork for their strategic partnership oriented at peace and prosperity.

Ma Jiali is Director of the Center for Strategic Studies at China Reform Forum.

China-India Relations Periphery Diplomacy
printTweet
You might also like
Back to Top
CHINA US Focus 2018 China-United States Exchange Foundation. All rights reserved. Disclaimer