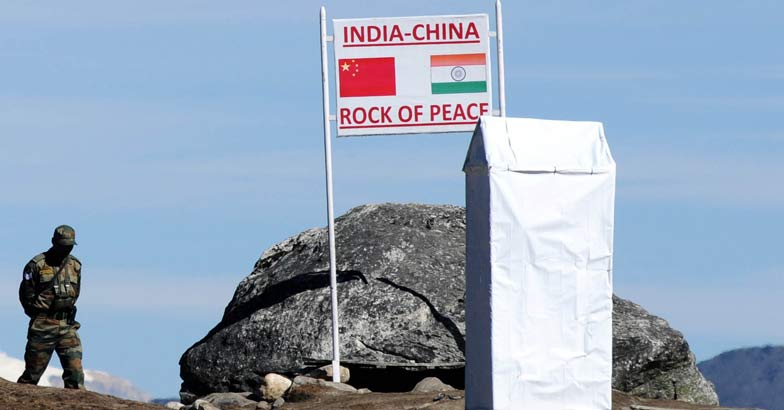 Indian and Chinese troops have been locked in a standoff in Doka La – where the borders of Bhutan, China and India meet – for almost a month now, the longest such impasse between the two armies since 1962. In a not-so-subtle reference to that last conflict, in which India suffered a disastrous defeat, the Ministry of National Defense spokesperson Colonel Wu Qian has warned India to “learn from historical lessons.” But the lessons of history have a peculiar tendency to adapt to the perspective of those citing them.

The current Chinese leadership sees in the 1962 conflict the price an uppity neighbor had to pay for not acceding to its territorial demands. But, for India, that conflict was a humiliation that has rankled the country for more than a half-century. The reminder of it is therefore likely to have the opposite effect than Wu anticipated.

In international relations, to be humiliated means more than to be embarrassed. It amounts to the public degradation of another actor, a denial of its bid for status, and the establishment of a clear hierarchy. Wars provide the opportunity for humiliation in very stark ways, because defeat on the battlefield tends to bring not just ridicule and derision, but also clear losses, particularly of territory.

If any country should understand the impact that such humiliations can have, it is China. In fact, as Wu was relaying his message to India, Chinese President Xi Jinping was asserting, at the commemoration of the 20th anniversary of Hong Kong’s handover to China, that the move had ended the “humiliation and sorrow” inflicted by Britain when it took over the city in 1842.

This reflects the Chinese Communist Party’s broader use of China’s “century of humiliation,” which allegedly ended only when the CCP established the People’s Republic in 1949, to fuel a resurgent nationalism. During that period, China’s self-image as East Asia’s preeminent power was shattered by a series of defeats, which were particularly painful when inflicted by the upstart Japan.

Despite this acute awareness of the enduring impact of its own humiliations, China often fails to recognize how its own past actions might have spurred similar feelings in others. Its 1962 defeat of India was the culmination of a decade-long competition for leadership of the newly independent countries that had emerged from decolonization. It therefore amounted to a devastating blow to India’s aspirations to be the undisputed leader of the Non-Aligned Movement.

India is far from the only country that has been humiliated at the hands of China. In Vietnam, the phrase “1,000 Years of Chinese Domination” has as much resonance as “100 Years of Foreign Humiliation” has in China.

But China is not the only country to have been humiliated and humiliated others in turn. While India was humiliated by China in 1962, it also inflicted what its neighbor Pakistan remembers as a humiliating defeat nine years later. Since independence in 1947, Pakistan had vied to establish itself as India’s equal in South Asia, joining alliances led by the United States or cozying up to China to demonstrate its strategic relevance. The 1971 Indo-Pakistani War, which led to the independence of East Pakistan (now Bangladesh), crushed those hopes.

Yet Pakistan, too, remains oblivious to the humiliating impact of its own actions: its nearly four-decade-long history of interference in Afghanistan to secure “strategic depth” will leave Afghanistan traumatized for years to come, in a way that Russia-inflicted losses did not. The same is true of all the aforementioned humiliations: they are particularly painful because an Asian neighbor, not a distant power, inflicted them.

Such humiliations, as we have seen with China, have a long-lasting impact. Indeed, they can create an all-consuming desire for vengeance that overwhelms more sober foreign-policy motivations. That is why, for example, Pakistan’s army is prepared to undermine all other institutions in the country it is sworn to defend, in the name of wounding India.

With nationalism on the rise across Asia, leaders have strong incentives to craft a version of history that advances their cause, and few historical memories are as effective for this purpose as those of traumatic humiliation. China has mastered this art, but it can be seen elsewhere, too, including in India. The key is to create a hierarchy of humiliations, according to which those inflicted on one’s own country are regarded as vitally important, and those inflicted on others are diminished, remembered only to reaffirm the status hierarchy.

Yet, as the ongoing dispute in Doka La makes clear, such an approach can create serious risks. After World War I, when Europe failed to address adequately its legacy of humiliation, the results were catastrophic. After World War II, however, Europe rose to the challenge, setting the stage for unprecedented regional cooperation. One hopes that Asia takes a similar tack – before simmering anger over historical humiliations boils over.