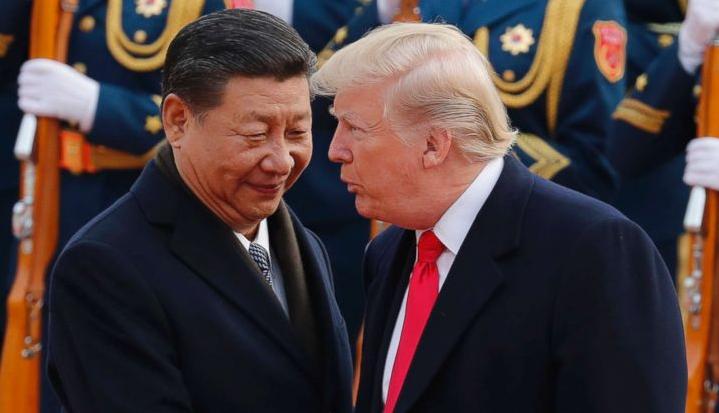 The Trump administration believes that the United States has been treated unfairly for a long time in its relations with the international community. Its military allies rely on US protection while paying little for the cost. Major trading partners have accumulated large surpluses from exchanges of commodities while the US has lost a big sum of money with huge deficits. China and other emerging countries have been exploiting the rules of the World Trade Organization (WTO) to reap huge profits from their trade with the US and two-way investment without fully respecting US intellectual property rights. As a result, China and other newly emerging countries have been growing so fast and so strong that they have become a threat to US values, interests, and security. In order to make America great again, the Trump administration is determined to fundamentally change this disadvantageous situation in line with the principle of “America First”. In the past 13 months, the US has done a lot to reach that goal, including renegotiating a few major multi-lateral trade treaties, withdrawal from the Asia-Pacific Partnership (TPP) and the Paris Climate Accord, calling for its military allies to increase their defense budgets and to purchase more US-made weapons, and so on. In the three documents of the US National Security Strategy Report, the National Defense Strategy Report, and the Nuclear Posture Review Report, the US assessment of the global environment that presents unconventional threats from non-state actors and challenges to its economic and national security has been made known to the world. In this context, its new strategy towards China has begun to reveal its thinking.

One of the unusual actions planned under the strategy is the investigation of China’s trade policies and practices and threats of subsequent punishments with increased tariffs. Another is the recent efforts to upgrade official exchanges and military contacts with China’s territory Taiwan. The most contentious statement is that China has been depicted as a US strategic rival or competitor, and has been named a revisionist power. Along with its planned military actions in the South China Sea, recent harsh rhetoric by senior administration officials and military commanders about China’s rising military power and influence in the world as well as a review of some of the bilateral cultural and educational programs such as the Confucius Institutes in US universities, what the Trump administration has been doing in recent months could mean a comprehensive review of past policies towards China.

Unfortunately, US policy statements and some of the actions taken under this review have many flaws and shortcomings and may result in undesirable consequences. First, the US is going against the global trend of peace and development. China is a close partner of the US and has no intention to seek hegemony or to challenge US world leadership. What China is doing is for world peace and economic development. It is wrong to depict China as a strategic adversary of the US.

Second, the common interests of China and the US have been growing for years. Economic globalization and the shift to a multi-polar world have put Sino-US relations in an entirely new context, and their economic and security interests are intertwined. It is extremely difficult for either China or the US to gain by taking unilateral actions against each other. Any such actions that aimed harm both countries and the world.

Third, increased military input, including expansion of its nuclear arsenals, would only add to the budget burdens of the US federal government, but would never conquer China. Any war or military conflict between the two countries would have no winner, but would only mean calamity for both countries.

Fourth, the differences on the Taiwan issue should be gradually narrowed and resolved. It is not in the US’ interests to make new troubles by trying to upgrade official exchanges and military contacts with China’s territory, Taiwan. Any violation by the US side, in collusion with the Taiwan independence forces, of the established One China principle could cause upheavals in the bilateral relations or lead to the resolution of the issue once and for all.

Fifth, differences in ideology and social system should not be exploited to sabotage Sino-US relations. China and the US have set up a good example of peaceful co-existence between the largest socialist state and the most powerful capitalist state in the world. Both sides need to work together to narrow those differences and respect each other for the development road they have chosen. The world is full of different colors. China and the US both have their historical and cultural traditions and strong points. Common progress should be realized by respecting and learning from each other and by drawing on the other’s strong points to offset their own deficiencies. The US should not to try change China. US political leaders and academics should know that China would never try to change the US.

Sino-US relations are very important for the two countries and the rest of the world. It requires both sides to cherish the enormous fruits brought about by their healthy and smooth cooperation in the past several decades. Any unilateral move that is designed for selfish gains should be avoided, for it would only damage both sides. Prudence need to be exercised, and more dialogue and cooperation is the best strategy.

China-US RelationsDonald TrumpXi Jinping
printTweet
You might also like
Back to Top
CHINA US Focus 2018 China-United States Exchange Foundation. All rights reserved. Disclaimer