To Brexit or not, that’s the question that every Briton is debating here—from the pubs of Piccadilly to the City’s masters of the universe, from the Eton boys’ Downing Street to everyman’s Hyde Park. On June 23, 2016, the British will have their referendum on the European Union (EU) and decide whether the country should remain in or leave the EU. 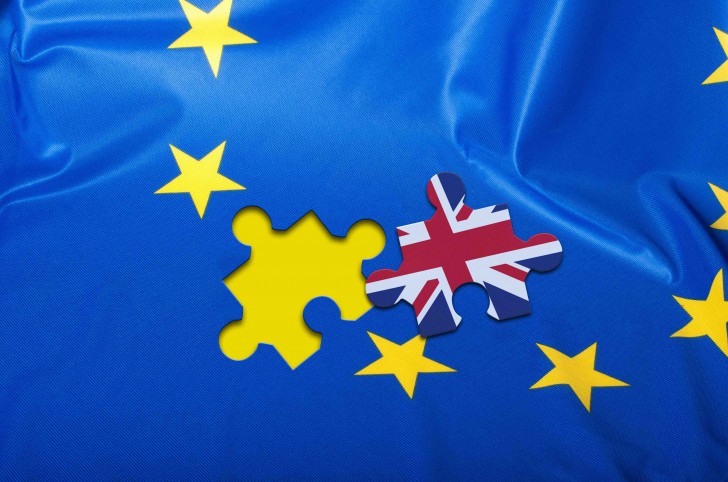 Some three and half years ago, Prime Minister David Cameron promised that, if the Conservative party should win a parliamentary majority in the 2015 general election, his government would negotiate more favorable terms for British membership of the EU, before holding a referendum. In the process, Cameron opened the Pandora’s Box – the Brexit risk.

According to current polls, the battle with the “Remain” and “Leave” camps is too tight to call—a statistical tie. As a result, any potential disruption right before the election could shift the balance.
According to the British Treasury’s recent report, the Brexit could cause substantial loss of household wealth over time, falling exports, rising prices and possible recession. But what would the Brexit mean to the U.S. and China? And why do both Washington and Beijing support London’s continued EU membership, despite their differences?

The U.K. and the U.S. possess a shared history and kinship ties, an overlap in religion, a common language and legal system, and the world’s largest foreign direct investment (FDI) partnership. The bilateral “special relationship” includes military cooperation from the postwar NATO to the War on Terror.

Yet, times are changing. Recently, President Obama sought to encourage the “Remain” vote by threatening the U.K. with a backlash if it quits the EU. The intervention backfired. The anti-EU former mayor of London, Boris Johnson, said that the U.K. would not take lectures from a “part-Kenyan” President, while the Brexiters exploited the incident in their “Don’t Be Bullied By Barack” campaign.

To understand the potential Brexit impact, the simplest way is to focus on the most probable spillover channels: trade, investment and financial linkages. In turn, these forces can be analyzed as share of both U.S. and Chinese GDP. These countries that are highly exposed to the U.K. via these spillover channels are likely to experience a greater shock. In this view, the U.S. is relatively highly exposed, whereas China is not.

The U.S. shares deep ties of trade, investment, and financial linkages with the U.K. Consequently, the U.S. economy, despite its great size and huge diversification, remains significantly exposed to the Brexit—particularly via financial linkages—more than, say, Australia and Canada. Trade has a more marginal role in these spillovers. While the U.S. is the U.K.’s largest export partner, America’s largest trade partners are Canada, China, and Mexico—not the U.K.

Furthermore, spillover linkages include strategic channels, such as international arms transfers. According to Stockholm-based SIPRI, the U.K. is the world’s fifth largest military spender ($56 billion in 2015), right after the U.S., China, Saudi Arabia and Russia. In arms transfers, its largest clients include Saudi Arabia (almost half of UK’s arms exports), India and Indonesia. The U.K. has a central role in the “West’s” military cooperation with the leading Sunni states in the Middle East and a more ambivalent one in Washington’s effort to contain China’s rise in Asia.

Usually, China avoids commenting on other nations’ internal affairs, as part of its non-interference foreign policy doctrine. However, like Washington, Beijing would prefer to have the U.K. in the EU, though for different reasons. Last October, President Xi Jinping told Prime Minister Cameron to stay in the EU, calling for a strong, united Europe. Foreign Minister Wang Yi made a similar statement only a few weeks ago.

In the past few years, relations between the U.K. and China have steadily warmed, from Chinese investment in British power and high-speed rail to London’s role in Chinese financial markets and regulation. In spring 2015, the China-led Asian Infrastructure Investment Bank (AIIB) was dramatically boosted by the U.K.’s participation. In the U.S., the U.K. announcement triggered a riled response from the Obama Administration.

The bilateral ties moved to a new stage during President Xi’s state visit to the UK in October 2015. For years, New York City’s Wall Street and London’s City have competed for the role of the financial capital of the world. But unlike Wall Street, London has embraced the renminbi. President Xi’s visit heralded deals worth over $60 billion, including the issuance of sovereign debt in RMB in London and the rise of the U.K. as the first overseas RMB center to open a RMB sovereign debt market. In addition to efforts at the Shanghai-London Connect, London supported the IMF’s decision to include the renminbi among its basket of international reserve currencies.

Unlike the U.S., China is significantly less exposed to the Brexit. As Beijing has only begun critical financial reforms, it is not vulnerable to British portfolio flows or bank claims in the way that the U.S. is. In turn, China’s trade and investment with the U.K., while meaningful, remains relatively low in comparison to emerging economies in the Middle East and Africa, as well as Asia. Moreover, trade has a more marginal role in China’s U.K. exposure. China’s largest trade partners are the U.S., Japan and South Korea.

Nevertheless, a low degree of direct exposure does not mitigate indirect spillovers. In relative terms, Hong Kong, China’s “Special Administrative Region,” may be the most exposed country in the world to the Brexit, vis-à-vis trade and particularly financial linkages.

All in all, Beijing’s ties with London are relatively recent, economically promising, but politically more ambivalent than official bilateral statements might suggest.

If the U.K. would vote to cut ties with the EU, the U.S. would be significantly more vulnerable to financial-market volatility than a trade breakdown. An adverse scenario could mean credit tightening, impaired trade finance, and reduced lending by European banks.

Nevertheless, the Brexit implications might prove harmful to China as well, due to indirect spillovers. For instance, a trade-finance shock could prove damaging to export-led economies in emerging Asia. A Brexit shock could also boost traditional safe havens—potentially risking the U.S. dollar—along with penalizing riskier equities such as the British pound and the euro.

In advance of the U.K. referendum, too many observers believe that the Brexit vote will mean either continued participation or a final divorce, followed by a jubilant “relief rally” or a “market turmoil” scenario. For all practical purposes, chances are that the outcome will be neither. A clear and unambiguous post-referendum trajectory would require a decisive victory by one or the other camp. In the absence of a 60%-40% result, any other outcome would leave room for alternative outcomes, coupled with greater economic uncertainty and market volatility.

If anything, a narrow victory for the “Leave” campaign might not translate to a de facto triumph. Rather, it could result in substantial market turmoil, which would force Brussels and London to return to the negotiating table and result in a new deal, another referendum over time, or an eventual Brexit. Indeed, current polls’ narrow margins indicate that the likeliest post-referendum path will mean more economic uncertainty and more market volatility at a time when the global economy can’t afford to have either.