The ‘Golden BRICS’: Ten Years on and Looking Ahead 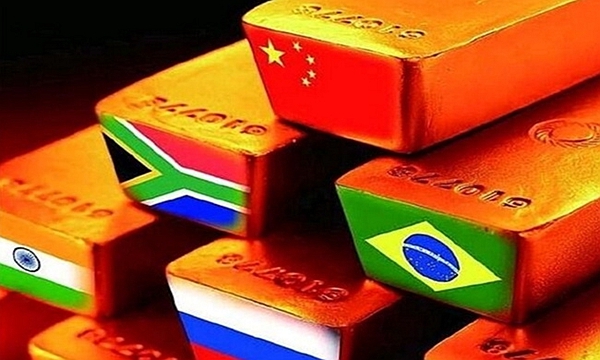 During the first week of September, President Xi Jinping chaired the 9th BRICS Summit in the southeastern coastal city of Xiamen in China’s Fujian Province. In the weeks leading up to the summit, there were a host of questions and concerns. Had China’s prior hosting of the more prominent G20 Leaders Summit in Hangzhou in September 2016 and the Belt and Road Forum in Beijing in May 2017 taken the shine off the BRICS meeting? Would China and India’s military standoff in the Doklam area of the Sikkim Himalayas cast a cloud over the summit? New Delhi had also been a high profile and cantankerous no-show at President Xi’s prized Belt and Road Forum in May. Which version of Narendra Modi would show up in Fujian, the very same province that had launched a hundred ships along the famous ‘Maritime Silk Road’ – whose latter-day incarnation Modi had spurned - from its great ancient port city of Quanzhou?

In the event, the BRICS Summit was an unqualified success. China and India resolved their border standoff in late-August, Narendra Modi turned on his charm and affection for China, and the ‘gold bricks countries’ (as they were referred to in the Chinese translation) re-dedicated themselves to a second ‘golden decade’ of partnership on the basis of principles and aspirations that had bound them together in the first place ten years ago.

The BRICS have come a long way since the formal establishment of the BRIC grouping by the foreign ministers of Brazil, Russia, India, and China on the margins of the United Nations General Assembly session in September 2006.

In June 2009, in the wake of the Global Financial Crisis, the BRIC countries held their inaugural leaders level summit in Yekaterinburg and followed that up with the induction of South Africa in 2010. In July 2014, with a view to institutionalizing their international economic cooperation, the five countries established the New Development Bank (NDB) and the Contingent Reserve Arrangement (CRA) facility at the 6th Leaders Meeting in Fortaleza. The BRICS bank, in which each country enjoys an equal shareholding, has since issued its first set of loans to fund renewable energy projects, its first renminbi-denominated green bond, opened a regional office in Johannesburg, and approved a five-year general operating strategy. A decision to jointly establish a BRICS local currency bond fund was also reached at their Xiamen meeting. Proposals for a transnational multilateral payments system as well as a credit rating agency, too, have been mooted.

More recently, with a view to institutionalizing their international political and security cooperation, the five countries under China’s chairperson-ship held their first stand-alone BRICS Foreign Ministers meeting earlier this year. BRICS High Representatives for Security Issues have already met over a half-dozen times and regular consultations continue among their permanent representatives in New York, Geneva, and Vienna to coordinate positions on major issues of common interest.

Along the way, at important multilateral settings, the BRICS countries have also proven that they can be a supple entente of like-minded rising powers who are organized as a mutual support network and are committed to assisting each other’s rise in the international system. At a critical juncture during the Doha Round of trade negotiations in Geneva in July 2008 and at the Copenhagen climate change talks in December 2009, individual BRICS countries forwent rewarding self-serving bargains in order to maintain the cohesion of the group’s negotiating positions. Each has supported the others case for a larger share of voice in the running of the Bretton Woods institutions, as part of the 2010 IMF Governance and Quota Reforms. And as the 24 paragraph-length statement on ‘international peace and security’ within their Xiamen Declaration attests, the BRICS countries share reasonably harmonized approaches on a range of global security challenges from Syria to the peaceful uses of outer space. By contrast, their entire joint statement issued in Yekaterinburg in 2009 was limited to 16 paragraphs.

Going forward, as Brazil, Russia, India, China and South Africa set forth a broad and compelling vision for the next ten years, that vision must be informed by the principles, purposes, associations and ambitions that guided them through their first decade of collaboration and partnership.

First, the grouping must retain its character – and core strength - as an informal association where nothing is compulsory and every cooperative action flows from a common and conscious interest. There must be no recourse to litmus tests on intra-group cooperation. Bilateral frictions, such as China-India boundary politics must be bilaterally managed and kept out of larger group dynamics. Geographic or functional issue areas where interests do not necessarily overlap should also be set aside – with the hope that they could be addressed positively another day.

Second, BRICS must expand its privileged membership, but do so on a selective basis. The five BRICS countries individually share the rare attribute of being one among a selectively precious list of non-Western states which, with variances, can afford the luxury of genuine independent-mindedness within the international system. Expansion must respect this basic attribute. Candidate countries must not be constituents of closed-ended alliance systems or have their security guaranteed by an external power. Indonesia, an internationalist and secular-minded Muslim-majority state with a defined doctrinal tradition of pluralism and independent minded-ness should be an obvious front-runner. Down the line, as Nigeria gets its house in order, its entry too should be evaluated. The appellation NBRIICS shouldn’t be too much of a mouthful either!

Third, BRICS must become the premier developing country platform to pilot South-South cooperation. The Xiamen summit’s Dialogue of Emerging and Developing Countries and the variable geometry of the mooted ‘BRICS Plus’ format, which affords numerous inviting possibilities, were steps in the right direction. The New Development Bank (BRICS Bank), meanwhile, should mark its unique imprint in the global development space by implementing faster loan approvals, operate with a leaner organizational structure resulting in lower loan cost, broaden the range of financing instruments at its disposal, including local currency financing, and adopt country systems whenever possible in order to respond to local needs.

Fourth, the BRICS grouping must become the most important emerging market economy forum to discuss the overhaul of the international monetary system. The modernizing of the International Monetary Fund’s (IMF) concessional financing facilities to adapt to today’s capital flow realities should be the foremost topic of discussion. The BRICS countries should press the IMF to introduce a Very Short-Term Liquidity Line, which can disburse its entire amount of approved funds upfront (linked to an indicator of capacity to repay) to pre-qualified countries and with no ex post policy conditionality attached. The BRICS countries should concurrently convert, and enlarge, their Contingent Reserve Arrangement (CRA) into an Emerging Market Crisis Prevention Fund that is large enough to lean against sharp swings – and self-fulfilling market panics. Over the medium-term, the BRICS countries should also aim to institute a broadening of existing Special Drawing Rights (SDR) arrangements within the monetary system, making its issuance automatic and regular.

Finally, the BRICS should ramp up their political cooperation so as to be able to speak in one voice on the great security challenges of the day. The purpose should neither be to hijack and splinter the international high table into rival political blocs nor soften the ground for the ‘Rest’ (of the world) to wrest global leadership from the West. Rather, the purpose should be to return the international system to the United Nations-centered rules-based moorings envisioned by its founders, which has taken a repeated beating during this post-Cold War ‘unipolar moment’ under the guises of humanitarian intervention and transformative neo-conservatism. A less war-prone and more deliberative approach to the myriad global security challenges during the first half of the 21st century must become the order of the day. For that to be the case, the BRICS countries too must set an example by constraining their actions within the ambit of international law.

A second ‘golden decade’ of collaboration and partnership beckons. The BRICS countries must rise to the challenge and restore a sense of fairness and equilibrium to the international economic and political order.

BRICSChina’s EconomyGlobal Economy
printTweet
You might also like
Back to Top
CHINA US Focus 2018 China-United States Exchange Foundation. All rights reserved. Disclaimer