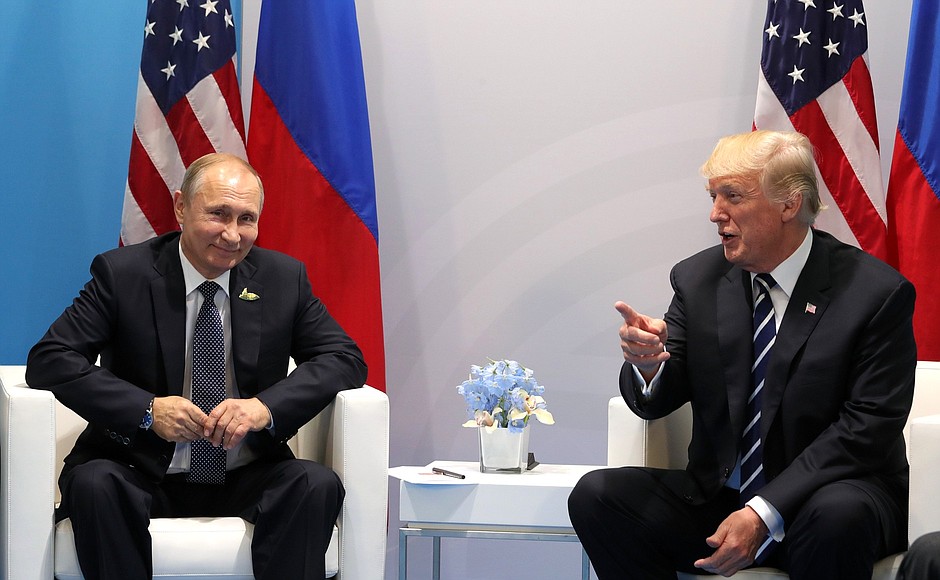 Last December, the Trump Administration released its National Security Strategy, identifying Russia and China as America’s geopolitical rivals and top security challenges. In subsequent months, policy debates between the U.S., Russia, and China have taken on deeper significance. It is in this context of great power competition that we should assess the longer-term implications of the July 16 Helsinki Summit between U.S. President Donald Trump and Russian President Vladimir Putin.

First, it is important to address what actually transpired in Helsinki. The summit was Trump and Putin’s first official meeting, although the two talked informally in July 2017 on the sidelines of the G-20 Summit in Germany as well as in Vietnam at the Asia-Pacific Economic Cooperation (APEC) Summit in November of the same year. From the start, expectations for Trump’s performance vis-à-vis his Russian counterpart in Helsinki were low. The meeting took place only days after the NATO Summit in Brussels where President Trump continued his single-minded approach to the security alliance by berating allies for not spending enough on defense. Then, just hours before meeting Putin, President Trump set the bar even lower by choosing to blame the poor state of U.S.-Russia relations on “years of U.S. foolishness and stupidity,” rather than name a single Russian transgression.

More than three weeks out, it remains unclear whether the two presidents made substantive progress on any specific policies. Their one-on-one meeting, which ran over two hours, was attended only by translators. Even the Director of U.S. National Intelligence, Daniel Coats, when asked this week about the summit, stated: “I'm not in a position to either understand fully or talk about what happened in Helsinki.” The meeting between Presidents Trump and Putin feels similar to the June 12 official summit held between President Trump and North Korea’s leader Kim Jung Un: high on optics and low on tangible outcomes.

Instead, it was the intangibles – the symbolism, the imagery and rhetoric – of the summit that proved most stunning. The press conference that followed their private meeting was an extraordinary display of deference and personal affection by President Trump for President Putin. Trump, for his part, spent more time lambasting Democrats and Hillary Clinton than pushing back on Putin for Russia’s aggression in Ukraine and Syria or for its interference in democratic elections across Europe and in the U.S. He sided with Putin over his own intelligence agencies on the question of whether Russia intervened in the 2016 presidential election. Trump was also silent on the status of Crimea in the wake of Russia’s illegal annexation of the Ukrainian territory in 2014, allowing Putin to frame the debate for his own domestic purposes.

In the U.S. and abroad, Trump’s performance was immediately met with shock and awe. Former CIA Director under President Obama, John Brennan, called Trump’s performance “nothing short of treasonous.” Wolfgang Ischinger, Germany’s former Ambassador to the U.S., echoed Brennan’s remarks and added that “Europeans are really scared.” Republican Senator John McCain said it was “one of the most disgraceful performances by an American president in memory."

As the dust settles on the Helsinki Summit, it is increasingly apparent that Trump’s lack of preparation and a clear agenda gave Putin the winning hand. By even agreeing to meet with Putin, Trump allowed the Russian leader back onto the stage of great power politics, placing Russia as an equal alongside the U.S. It was exactly the symbolism Putin was looking for.

Yet beyond the summit’s shocking symbolism and rhetoric, it is unlikely that Trump and Putin’s personal rapport will improve U.S.-Russia relations moving forward. On the contrary, Trump’s antics once again galvanized a strong response from Russia critics in Congress and across the U.S. government. One illustration came on July 25 when Secretary of State Mike Pompeo issued an official Crimea Declaration, reaffirming America’s official position of rejecting “Russia’s attempted annexation of Crimea,” and pledging to “maintain this policy until Ukraine’s territorial integrity is restored.” In Congress, House Speaker Paul Ryan confirmed that Russia “remains hostile to our most basic values and ideals.” Senate Republican Leader Mitch McConnell reiterated that “the Russians are not our friends...” Their remarks highlight how Trump is his own worst enemy in his desire to normalize U.S.-Russia relations.

In the context of great power politics, it is also worth asking how the Helsinki Summit will affect China’s relations with the U.S. and Russia, if at all. In Beijing, responses to the Trump-Putin meeting have been muted. Amid a quickly escalating trade war between the U.S. and China, President Xi Jinping has been cautious not to overreact to Trump’s bombastic and unpredictable rhetoric. Instead, Chinese leadership appears to be playing the long-game, recognizing that U.S. administrations come and go, and that Trump’s protectionist worldview may turn out to be an ephemeral and short-lived phenomenon. In the meantime, Beijing is more than happy to let Trump play the fool next to Putin and his domestic critics.

Theoretically one could postulate that Trump’s affinity for President Putin is part of a broader U.S. strategy to pull Russia way from China, thereby reducing the threat from one strategic adversary in order to focus on another. This strategy would be akin to President Nixon’s 1972 Opening to China that sought to work with China in balancing America’s greater Cold War threat, the Soviet Union, except with China and Russia in the reverse positions. Yet this scenario is highly unlikely, if not impossible, given today’s geopolitical realities.

First, far from a Nixon-Kissinger strategic power play, Trump is playing into Beijing’s hands by serving as an unhinged and uncontrollable president who is giving American allies across Europe and Asia yet another reason to worry. Trump’s decision to pull the U.S. out of the Trans Pacific Partnership in January 2017 was a significant win for Beijing, which always viewed the trade deal between the U.S. and 11 Pacific Rim countries as a means to limit China’s rise. Since America’s withdrawal from the TPP, Trump’s bellicose rhetoric, disdain for multilateral security and economic partnerships and near-daily reversals on policy have left even America’s closest allies looking to China as a more predictable and stable partner. Trump’s protectionist “America First” economic policies have also allowed President Xi to depict China (ironically) as the defender of free trade and globalization. From this perspective, China’s position is benefiting immensely from Trump’s presidency.

Second, President Xi has every reason to be confident in his relationship with President Putin, as Chinese-Russian relations are friendlier than at any other time in recent history. During President Putin’s most recent trip to Beijing in June, Putin remarked that cooperation with China had reached an “unprecedented level.” Xi then declared Putin his “best, most intimate friend” and presented him with a newly instituted Friendship Medal. The two leaders also signed a statement agreeing to “deepen strategic interaction in this complicated and volatile international situation.”

China and Russia are also deepening their military and economic cooperation through joint-military exercises and promises of new investment and energy deals. If there is a form of triangular diplomacy at play between the U.S., Russia and China, Trump is not the one calling the shots.

Overall, the Helsinki Summit is part and parcel of Trump’s consistent approach to international politics. His worldview is one that favors authoritarian strongmen, uses America’s raw military and economic power as leverage over its allies, and shows disdain for the liberal international order that the U.S. has led for over 70 years. Every tweet, every press conference, and every policy Trump pursues that further alienates America from its erstwhile allies and principles also stands to help Russia and China in their revisionist aims. In an era of great power competition, consider the Helsinki Summit yet another asset on the balance sheet for Moscow and Beijing.

U.S.-Russia RelationsHelsinki Summit
printTweet
You might also like
Back to Top
CHINA US Focus 2021 China-United States Exchange Foundation. All rights reserved.