The Iranian Nuclear Deal Should be Upheld, Not Scrapped 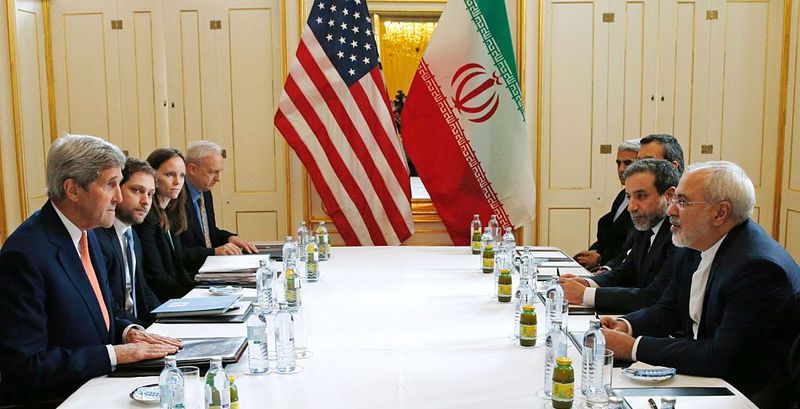 On 12 January 2018, President Donald Trump announced that the US would still honor the terms of the Joint Comprehensive Plan of Action with Iran and waived sanctions one more time. But he also issued an ‘ultimatum’: the agreement must be revised or US will withdraw from it. The future of that deal remains uncertain. Will it be scrapped by the US after three months or be retained with revisions? Or will the other signatories of the deal follow its original terms?

On the one hand, Trump’s attitude is quite firm in demanding revision of what he described as the ‘worst’ accord in American history. The revisions he wants reportedly include permanent restrictions on Iran’s nuclear enrichment activities, restrictions on its ballistic missile program, and inclusion of its military operations in the Middle East in the nuclear negotiations. On the other hand, Iran also has a firm attitude. The Iranian Foreign Ministry has already issued a statement, stressing that Iran does not and will not accept any revision to the agreement and that Iran will not implement any measures outside of the agreement. It also stressed that the US must fully uphold its commitment like other parties to the agreement and bear all the consequences if it fails to do so under any absurd excuse.

There are two reasons behind Iran’s firm attitude. First, Iran has met its obligations under the nuclear agreement, which has been supported by IAEA reports. Even the Trump administration, reporting to Congress, has found it hard to find flaws in Iran’s implementation. Second, the Iranian nuclear deal involves a multilateral agreement concluded through tough negotiations between Iran and the US, Russia, China, Germany, France, and UK and endorsed by the UN Security Council. At present, only the US has proposed modifying it and threatened to withdraw, while all other parties support Iran’s desire to continue implementing the agreement.

There are also two reasons behind Trump’s firm attitude. The first is his campaign promise. Since the beginning of his campaign, Trump has complained about the Iranian nuclear deal, describing it as disastrous to the US and threatening to withdraw. The agreement is President Barack Obama’s diplomatic legacy. Since taking office, President Trump has introduced various policies to negate Obama’s legacies, including the Obamacare reforms, and withdrawal from the TPP and Paris Climate Agreement. Second, the Trump administration makes no secret that America regards Iran as its main adversary in the Middle East. President Trump has consistently increased and strengthened strategic ties with Israel and Saudi Arabia, its two important allies in the region. These two countries are Iran’s strategic competitors and have expressed unhappiness over the deal with Iran and hope to revise or scrap it.

As a matter of fact, what the agreement needs most now is protection and continued implementation. Withdrawal which will hurt not only Iran but the US and its Middle East partners, i.e., Saudi Arabia and Israel, and deal a heavy blow to the international nuclear non-proliferation regime. In Iran, scrapping the agreement will stimulate another wave of anti-Americanism among the conservatives which may well lead to prompt reactivation of uranium enrichment and other nuclear R&D activities, interruption of its nascent effort to open to the outside world and increased confrontation with the West. For Israel and Saudi Arabia, Iran restarting nuclear energy research will increase their strategic misgivings and sense of insecurity and stimulate them to do the same, thus triggering a new arms race and increasing instability in the Middle East. For the US, unilaterally scrapping a multilateral agreement will seriously undermine America’s international reputation and soft power, thus harming US participation in the negotiated solutions of other similar international issues. For international peace and security, the historic nuclear agreement was the result of a long, arduous negotiation between the relevant parties. It was a win-win deal serving all parties’ interests. It was a victory of multilateralism, pacifism, and rationalism and a successful precedent for resolving tough nuclear issues through international cooperation and negotiation. Irresponsible unilateral scrapping of the agreement will turn years of international cooperation into dust and ashes.

At present, all five other powers involved in the agreement have stated their willingness to continue honoring the Iranian nuclear agreement. The question of Iran developing a ballistic missile program, which was raised by the US, has nothing to do with the nuclear issue and should not be brought in to complicate the situation. It should instead be addressed through negotiations in external mechanisms.

Iran Nuclear DealNuclear SecurityDenuclearization
printTweet
You might also like
Back to Top
CHINA US Focus 2018 China-United States Exchange Foundation. All rights reserved. Disclaimer