A Historic Mistake: The US Exit from the Iran Nuclear Deal 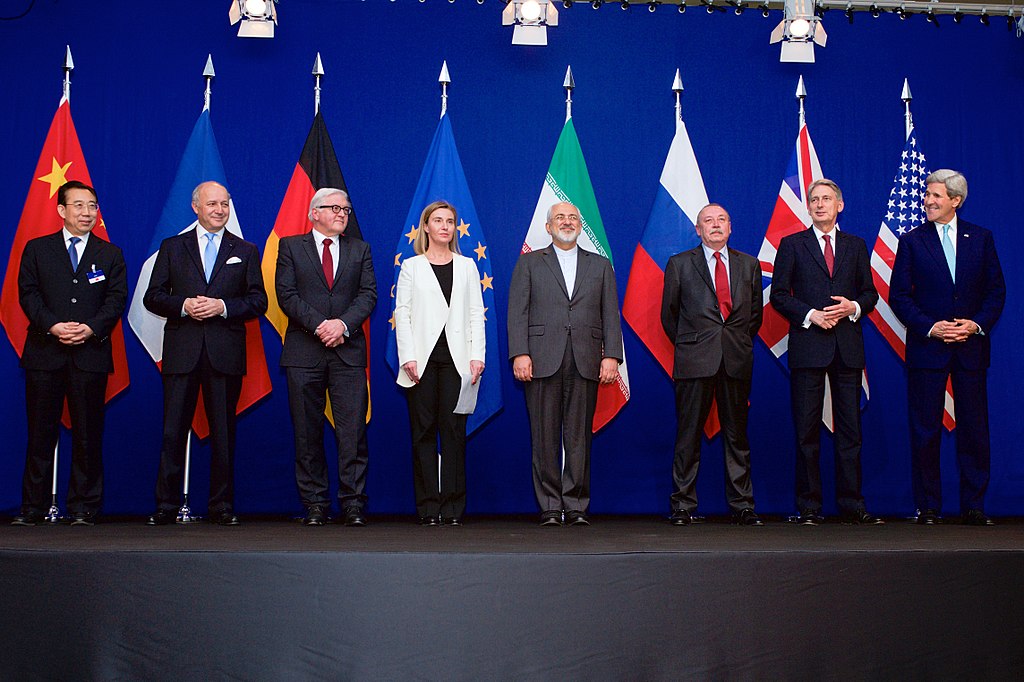 On May 8, US President Donald Trump announced his decision to withdraw the US from the Iran nuclear deal and to institute “the highest level of economic sanctions” against Iran again. Trump’s decision immediately drew an international outcry and will negatively impact the Middle East situation, US-Europe relations, and nuclear non-proliferation efforts. Former president Barack Obama called Trump’s decision “a serious mistake”, and House Democratic leader Nancy Pelosi called May 8 “a sad day for America's global leadership”.

This historic mistake will likely provoke flashpoints in the Middle East and accelerate an arms race among big regional powers. Because of complicated historical and religious factors and meddling by some major powers, the Middle East has always been caught in a subtle balance of power, and wars and conflicts would break out if this delicate balance is shattered. In modern history, there were already wars between Israel and Palestine, between Iraq and Iran, and between Iraq and Kuwait. In the past decade, the Palestine-Israel conflict, civil wars in Syria and Yemen, and the penetration and influence of the Islamic State terror group have made the region unstable. The fight for dominance among big regional powers and the meddling by non-regional powers exacerbated this. In recent years, due to conflicts in Syria and Yemen, two blocs have formed - one consisting of Syria, Iran, Lebanon’s Hezbollah, and Russia and the other including opposition groups in Syria, Saudi Arabia, the United Arab Emirates, Israel, and the US. For the common goal of containing Iran’s influence in the region, relations between Saudi Arabia and Israel have warmed, and the US also regards the two nations as major allies to counter the rise of Iran and has offered them all the help they need.

The Joint Comprehensive Plan of Action (JCPOA), signed in 2015, had effectively curbed and frozen Iran’s uranium enrichment activities, and has eased the confrontational relations between Iran and the Western-dominated international order. Since the signing of the deal, organizations like the International Atomic Energy Agency reported that Iran was complying with the deal. The unilateral and unjustifiable exit by the US is not only unhelpful to Iran’s integration into the international community, but could even trigger a strong Iranian outcry and a resumption of its nuclear activities, including uranium enrichment. Other regional powers such as Saudi Arabia and Israel would certainly not turn a blind eye to Iran’s resumption of nuclear activities and would inevitably seek to pursue nuclear technologies of their own, thus creating an arms race in the Middle East. In such a scenario, the Middle East could become more violent and explosive and global non-proliferation efforts would suffer a huge setback.

Second, this serious mistake could also further weaken the Transatlantic partnership, and undermine multilateral diplomacy. The JCPOA is an important accomplishment of multilateral diplomacy, signed by Germany, France, Great Britain, the US, Russia, and China with Iran after years of difficult negotiations and was endorsed by the UN Security Council. In attempts to save the Iranian nuclear pact, French President Emanuel Macron and German Chancellor Angela Merkel visited the US and tried to persuade Trump not to abandon the deal, but their efforts came to naught. Faced with the pressure of US trade protectionist moves such as tariffs on steel and aluminum, some European Union nations including France and Germany were originally prepared to make concessions by agreeing to some revisions to the Iran nuclear deal. They then hoped that by revising the pact and incorporating some US concerns relating to restricting the development of Iran’s ballistic missile technologies, the deal and multilateral diplomatic achievements could be saved. However, Trump was resolute in quitting the deal, even at the cost of losing the trust of the US’ European allies, just as he moved the US embassy from Tel Aviv to Jerusalem despite roaring opposition. Earlier, Trump’s decision to exit the Paris climate agreement, a pact that had the full support of European nations, dealt a heavy blow to US-Europe relations.

The Middle East is geographically and economically closer to Europe. Europe would be the first to suffer the grave consequences of refugee inflow in the case of turmoil in the Middle East. Therefore, Trump’s reckless move in exiting the deal could sow seeds of discord in US-European relations.

China and Russia, as the signatories of the nuclear deal, shared the same stance with Europe and firmly oppose the US withdrawal from the deal. China believes that under the circumstances, ensuring the integrity and sanctity of the deal will help defend the global non-proliferation system, and promote peace and stability in the Middle East. China calls on all relevant parties to continue to uphold and enforce the comprehensive nuclear deal.

Iran Nuclear DealUS-Iran
printTweet
You might also like
Back to Top
CHINA US Focus 2018 China-United States Exchange Foundation. All rights reserved. Disclaimer