Things Fall Apart in Venezuela, With Repercussions Felt in China

As Venezuela sinks into turmoil and destitution, there are signs it may all end with a thunderous bang and not a whimper. Venezuela, China’s largest client in Latin America, could become the continent’s Syria or North Korea problem, and China may be drawn in more than it ever intended. Reading the cards is a distressing ordeal. 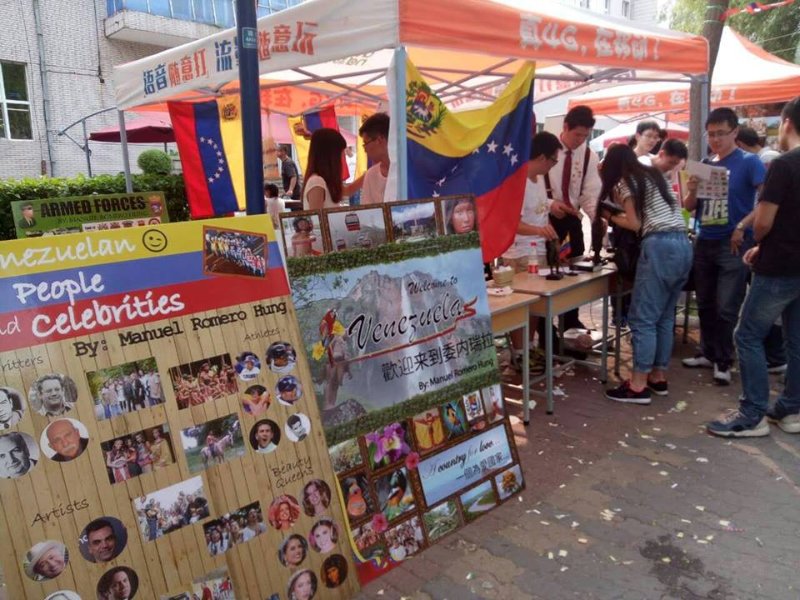 Recent events in Venezuela have picked up speed toward economic calamity, political unrest, and social decomposition. Meanwhile, Nicolás Maduro’s government has called for arming one million militia men and women to defend the vestiges of the “Bolivarian” populist project espoused by the late President Hugo Chávez. According to Maduro, every militia member will be supplied with a weapon, declaring that “the resources have been approved.” Earlier, on January 17, 2017, Mr. Maduro announced plans for locating “secret war armaments” in Venezuelan neighborhoods. And in January 2016, a shipment of 1380 AK-103 refiles was reported in Maracay, near Venezuela’s Caribbean coast. The militias, created by Chávez in 2007, are a civilian auxiliary of the Bolivarian National Armed Forces with its 113,600 active personnel (2012 estimate).

Arming government supporters is an attempt to rescue the faltering Maduro regime. In the last few months, the country’s economic collapse has aggravated with shortages of food and other basic necessities in what was once a rich nation. Cases of malnutrition and deaths due to a lack of medicine are on the rise. The list of maladies affecting the population is added to on a daily basis. Resources, however, are available for arming the militias.

On April 27, amidst growing alarm and criticism from its neighbors, Venezuela withdrew from the Organization of Americas States, sending one more signal that it expects to ignore regional and international norms. Increasingly isolated in the region – the loss of oil revenues has meant fewer subsidies to ideological partners in Cuba, Nicaragua, Ecuador and Bolivia – the Venezuelan leadership has doubled down, becoming more caustic and bellicose.

All of this suggests a showdown of historic proportions. The build-up of a large militia in a country facing no external military aggression underscores a regime prepared to escalate violence against its own people. Nearly two decades of political polarization, in which the opposition was labelled treacherous and fascist, has prepared the ground for possible civil war against an otherwise weakened and disunited opposition. As things fall apart, the regime continues to turn up the rhetoric looking for scapegoats to divert attention from its misguided and reckless policies. “Yankee imperialism,” largely absent from the region in recent decades, is still blamed for the empty store shelves, the long ration lines, the electrical blackouts, and the generalized decay that makes Venezuela a place people want to leave.

Colombia and other neighbors are seriously concerned, and equally unprepared, for a flood of refugees should events in Venezuela collapse into anarchy and civil war.

Watching the fate of foreign investors in Venezuela can also be a white-knuckle experience. On April 19th, 2017, the government illegally seized the General Motors automobile plant harming its 2,600 workers and its 79 dealership and suppliers. While General Motors intends to fight the expropriation legally, there is no independent judiciary to resolve the dispute. GM will most likely follow the example of Ford Motor Co. which took an $800 million pre-tax write down in 2015.

Automobile production is but another of the many industries crippled by the Chávez-Maduro economic policies. As Reuters reports, “Venezuela’s car industry has been in freefall, hit by a lack of raw materials stemming from complex currency controls and stagnant local production, and many plants are barely producing at all.” Why a government with a record of mismanagement, failed policies, and corruption would assume the function of running an auto plant defies logic.

With the world’s largest petroleum reserves, Venezuela enjoyed enormous windfalls when oil was selling at $100 per barrel. These resources were used by the Chávez government to promote his brand of “twentieth-century socialism” at home and abroad. As petroleum prices plummeted, the veil was removed from the Venezuelan model of socialism, revealing a mismanaged and highly unproductive economy, worm-eaten by rampant corruption by the revolutionary elite.

For Venezuela’s’ regime partners, namely Cuba’s government, while working to prop up Chávez and Maduro through a supply of teachers, doctors, security and intelligence agents, the unraveling of the economy has meant a decline in subsidized petroleum which was once resold for hard currency on the open market.

Venezuela’s Cuban partners had long advised a more rapid, radical transformation of the country’s state and political system. One aspect of the strategy of “twentieth century socialism” was coming to power through elections, re-writing the constitution in order to centralizing power in the executive while progressively disempowering the legislature, packing the judiciary with loyalists, and effectively silencing the press and opposition. This provided a facade of legitimacy through democratic elections. In Venezuela, oil revenues were used to buy off the poor and the middle classes, thus guaranteeing electoral majorities. Despite violations of individual rights, the Venezuelan leaders and their erstwhile supporters at home and abroad, could always point to the opposition press and regular elections as a sign that the nation was still “democratic.” That stage of the process of “twentieth century socialism” seems to be coming to an end.

In Venezuela, some avenues of resistance persist despite the government’s best efforts. The opposition won a near two-thirds majority in the last legislative elections and took control of the National Assembly, only to see itself disempowered through a juridical maneuver. While large demonstrations can still access the streets, the police and military have been more violent in their responses. Opposition leaders are regularly disbarred from running for office and many have been jailed on trumped up charges. Arming the militias suggests a new, ever more violent, phase.

It is unlikely that Venezuela will repay its debts any time in the near future. China, in its economic relations with Venezuela has provided generous credits, loans, and investments in an amount estimated at upwards of $60 billion, the largest amount in a single country in Latin American. The loans are secured by Venezuelan petroleum exports, meaning that as the price of oil dropped and production declined, the proportion exported has been rising. Total petroleum exports to China are estimated to be between 300,000 and 900,000 barrels of heavy crude per day. While heavy crude is profitable at $60 per barrel, the current price is around $50 per barrel.

China, like Venezuela’s past investors, will likely write off its loses, but more importantly may have to avoid being dragged down into a humanitarian crisis comparable to Syria or a political miasma as cancerous as North Korea, unless the leaders in Caracas change course. That latter course does not seem to be in the cards.

China-Latin American RelationsVenezuela
printTweet
You might also like
Back to Top
CHINA US Focus 2018 China-United States Exchange Foundation. All rights reserved. Disclaimer