Why is Trump Targeting China? 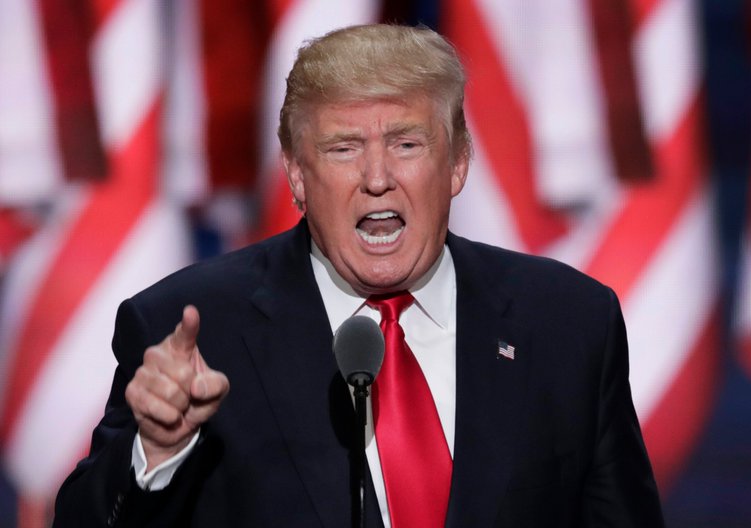 In its first year in office, the current US administration was unusually friendly to China. That attitude has changed abruptly since the beginning of 2018.

It prohibits such Chinese firms as ZTE from operating in the US, proposing to impose $150 billion in tariffs on Chinese goods. In strategic security, it repeatedly touched China’s red lines on the South China Sea and Taiwan, unprecedentedly challenged Chinese sovereignty, territorial integrity and security, leading China-US relations to the brink of confrontation.

The cause of the sudden reversal in US policies is that, against the backdrop of the profound changes in international strategic conditions, the right-wing conservatives of the Republic Party and populist forces in society, who are typically unilateralist, xenophobic, and in favor of a tougher approach on China, have gained traction. They believe the rise of China and decline of the US have reached a “tipping point”. They say the US must contain China to prevent its own decline.

These people are afraid that China will supplant the US as the world’s most powerful country. The Chinese economy grew rapidly over the past four decades of reform and opening up, more than tripling US annual growth, and narrowing the development gap. In 1992, Chinese GDP was less than 7% of the US’. By 2017, it rose to 67%. Although China’s national strength is still way behind the US’, they assume its ascendency is imminent, and are suspicious of China.

They are afraid that, as the Chinese mode of social progress increasingly demonstrates its advantages, the country will put an end to the western model, which has dominated global development for centuries. Adhering to a path tailored to its own national conditions, China has managed leaps and strides in national development, accomplishing in decades what took the West centuries. The success of the Chinese model received broad acclaim in the international community. Many countries, especially developing ones, have shown interest in Chinese practices and ideas. The repeated outbreak of financial and debt crises in the West, on the other hand, indicate western political and economic models are in trouble, and western countries are obviously on the decline. They are worried that the Chinese political and economic models may surpass their designs, and that Chinese civilization will surpass western civilization. It was because of this that Donald Trump proposed to “safeguard western civilization” and “safeguard western values” on his summer 2017 trip to Europe. Such worry is unnecessary. Though the influence of the western model is on decline, it remains the dominate model worldwide. Though the Chinese model is gaining traction, it has not and will not become a dominant global model. Judging from the overall trend, global models of development will be neither “Chinese”, nor “western”, but diverse and plural.

They are also afraid that China will take the US’ place and dominate world order. Chinese power is rising and US power is declining. This is the outcome of different foreign policies. Trump deems China “revisionist” because he believes it will change the current world order. This is a completely groundless assumption. China has always faithfully observed international laws and conventions, and been a loyal follower and staunch custodian of the UN-based international order. It has neither the capability nor intention to dominate international order, or to overthrow the present world order and create a new one.

Trump’s flip-flop on China policy is no surprise, he is a right-wing conservative with a thick populist color. His emphasis on “America First” is essentially “America only” and American hegemony. He is not so different from his predecessors – he just cares less about covering his unilateralist, protectionist, and hegemonist inclinations. It is only natural that he sees rising China as the main strategic rival.

More recently there have been signs of another about-face in a positive direction. Trump showed willingness to lift the ban on ZTE’s operations in the US, and may scale down the overly harsh conditions put forward in the previous round of trade negotiations so as to prevent a trade war. This may be because, first of all, despite his nature as a political conservative, Trump is a businessman and attaches great significance to profits. By highlighting goodwill and cooperation with China last year, he managed a major diplomatic breakthrough and witnessed a rise in approval ratings at home. Mid-term elections are a severe test for his presidency. By first pressing and then cajoling China, he intends to gain more from the negotiations, boosting his own image and helping the Republican Party in the mid-terms. Second, China has responded wisely. While resolutely safeguarding its own interests, China has given proper consideration to American interests and concerns. The series of major policy initiatives oriented at expanding reform and opening up is more conducive to foreign investors and exporters.

Chinese and US economic interests are tightly interwoven, and their strategic and security interests are closely related. Both win when they get along, both lose when they turn on each other, and there is no winner when they enter confrontation. This is an iron rule. Hopefully the US’ China policies will return to reason and pragmatism, and America will move to ease trade friction. The Taiwan issue is a matter of fundamental, core Chinese national interest. The US side should abide by longstanding principles and avoid playing the “Taiwan card”, so as to prevent a showdown. Both peoples and the international community need a constructive China-US relationship.

US-China RivalryTrump Administration
printTweet
You might also like
Back to Top
CHINA US Focus 2018 China-United States Exchange Foundation. All rights reserved. Disclaimer