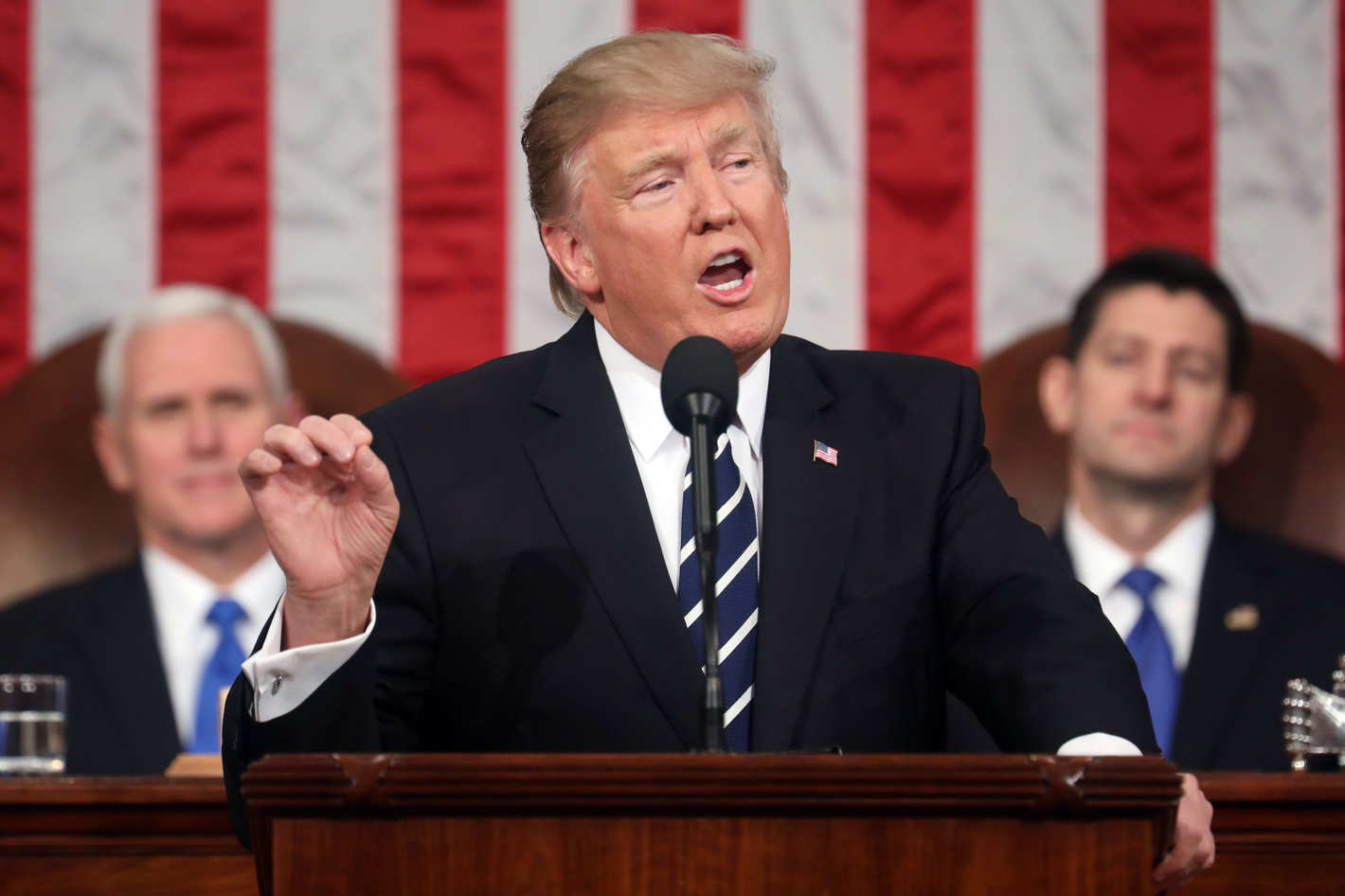 President Donald Trump just delivered his first State of the Union address, which focuses primarily on domestic concerns and shares the tune of the recent National Security Strategy when it comes to foreign policy. “Around the world, we face rogue regimes, terrorist groups, and rivals like China and Russia that challenge our interests, our economy, and our values. In confronting these dangers, we know that weakness is the surest path to conflict, and unmatched power is the surest means of our defense,” said Trump in the speech. He didn’t go far in expounding because plenty had been said in the National Security Strategy and National Defense Strategy. The three documents show the Trump administration has very different and dangerous ideas about the world, major-country relations, and the international community.

The NSS believes the US finds itself in an “extremely dangerous”, “competitive” world where threats originate from three levels: major countries like China and Russia; “rogue states” like North Korea and Iran; terrorism. The NDS explicitly states that competition between countries has taken the place of terrorism as the primary concern of US national security, and the foremost competitor is China. This was very different from the NSSs of other post-Cold War US administrations: previous NSSs would first acknowledge the benefits of China’s development and China-US cooperation while expressing discontent with China as well as the two countries’ differences and competition. Reports by the Trump administration, however, focus solely on competition, and such competition is considered omnipresent in economics, ideology, geopolitics, military, education, and culture. Though the report calls itself a “principled realist strategy” that is “result-oriented” rather than “ideology-oriented”, it carries thick ideological colors.

In order to cope with competition from China and Russia, Trump asked Congress to increase the military budget, and to rebuild and modernize the US nuclear arsenal. The “Nuclear Posture Review” the Defense Department is to release may lower the threshold for using nuclear weapons. This is dangerous for the US, China, and the international community.

First, this is dangerous for the US. Despite his bragging about US economic progress in the past year, escalating financial deficits remain an outstanding problem. By conspicuously increasing investments in the military and infrastructure construction, the Trump government may be brewing a bigger crisis than the one in 2008.

Second, this is dangerous for China-US relations. Considering their growing common interests, each past US administration since the end of the Cold War has by and large followed a China policy of engagement plus containment. While the Obama administration’s rebalancing to the Asia-Pacific was intended to contain China, the two countries deepened cooperation on the financial crisis, climate change, and the Iran nuclear crisis. This was good for both countries. Yet according to the Trump NSS, because of competition with China, the US will have to rethink its past policy of engagement, and that the assumption that integrating China into the international system and trade regime would turn the latter into a trustworthy partner was wrong. This reflects the hawkish perspectives in the China policy debate and bodes ill for Trump’s future policies.

Third, this is dangerous for the international community. Dividing the world into camps of “free societies” and “repressive regimes”, and proposing to collaborate with countries of similar values to deal with “repression”, sends a message that threatens to split the international community. The world will not go back to the Cold War era as globalization and the internet have woven countries closely together. There are plenty of issues that call for multilateral cooperation and global governance. The Trump administration’s position will only make resolving them more difficult. If his government adheres to such a Cold-War mentality, its policies are doomed to fail. The George W. Bush government damaged US hard and soft power by waging the war on Iraq. If the Trump administration chooses to stand against China and Russia, it has a lot to lose but little to win. Cooperating with China will prove indispensable in order to “Make America Great Again”.