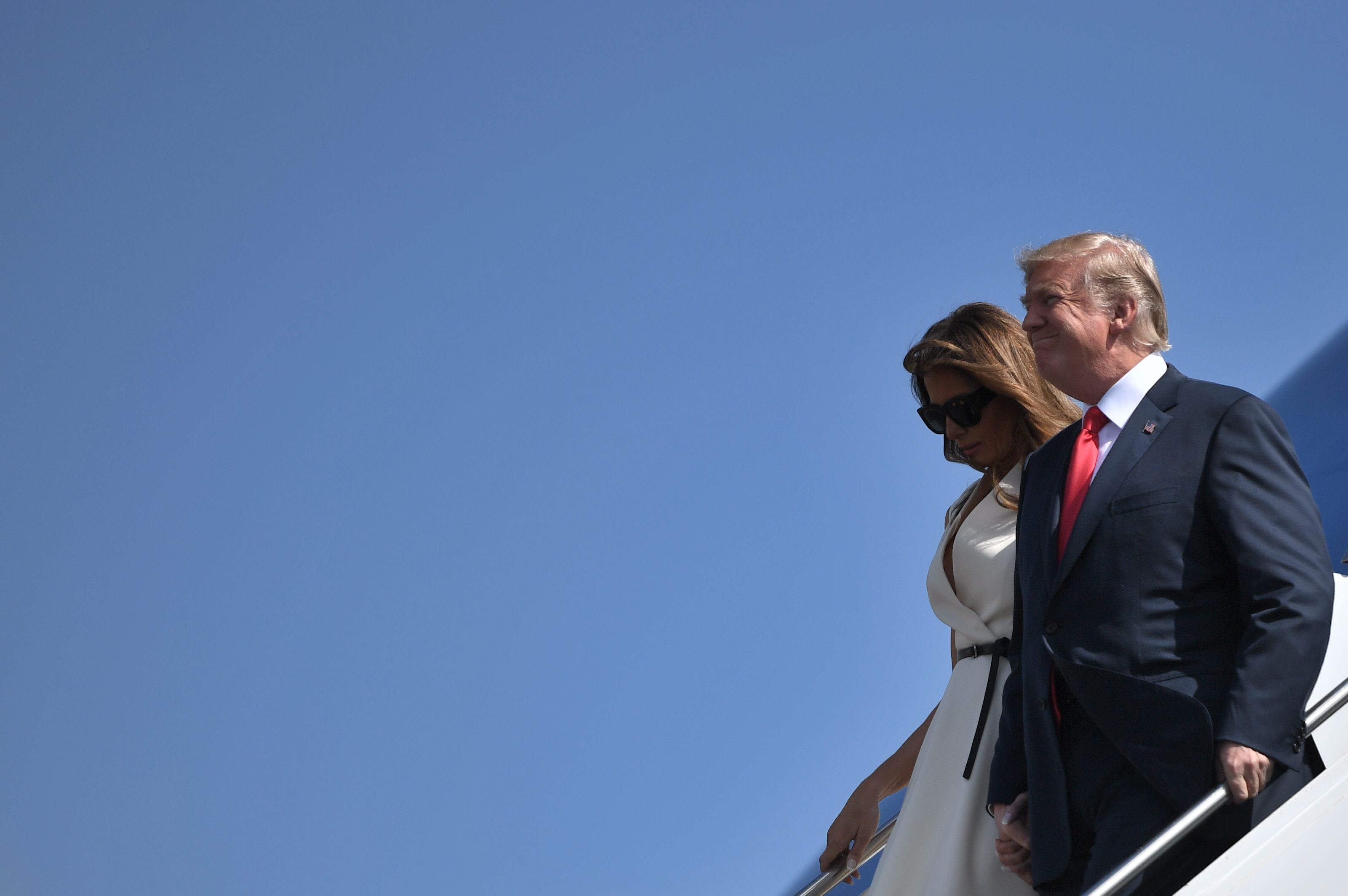 WASHINGTON, DC – A year after his election, US President Donald Trump is making his first official visit to Asia. The 12-day tour of five countries – Trump’s longest foreign trip so far – will, according to official briefings, focus on easing doubts about the reliability of the United States and its leader. Given the challenges and possibilities for the US in Asia, that is an unambitious goal.

Trump will start his trip by reinforcing America’s alliances with Japan and South Korea – alliances that he previously discounted and belittled, particularly during his campaign. The aim is to buttress his demand, which he will reiterate when he reaches Beijing, that China follow through on its pledges in the United Nations Security Council to tighten sanctions on North Korea.

Next, Trump will head to Vietnam and the Philippines. Close relations with both are necessary to underpin ongoing US efforts to challenge China’s growing influence in Southeast Asia. President Barack Obama’s administration had mixed results in competing for influence with China. Trump administration officials have lately hinted that the US may, at some point, devise a new strategy for the entire Indo-Pacific region.

Beyond foreign policy, Trump’s Asian tour should also advance some economic objectives. A large group of US corporate leaders will accompany Secretary of Commerce Wilbur Ross to China, where they will seek to strike deals, promote open markets, and address abuses in bilateral trade. Chinese officials, for their part, have indicated that they will announce new agreements and consider opening parts of the Chinese market that are now closed to outsiders.

So far, so good. But so far is not far enough.

Talks with officials around the region reveal that America’s friends and allies have not received the sort of advance briefings that are normally used to prepare the ground for important new policies and undertakings. More fundamentally, briefings and statements in the run-up to the trip have shown no regard for major political and strategic trends that are now converging – trends that must inform any comprehensive US policy toward Asia.

The first such trend is the decline of the US-led unipolar world order that has prevailed since the end of the Cold War, and the reemergence of great power rivalries. China, Russia, Europe, and the Middle East are all headed in new directions, and America no longer has the capacity it once did to influence them. The Trump administration needs to abandon its complacency and pursue competitive coalition-building.

Doing so will require Trump’s confident assertion of the benefits of the US-led liberal international order, which China and Russia are now challenging. It will also demand that Trump display leadership in forging international cooperation, particularly on trade.

Just as Trump has walked back his denigration of America’s European and Asian allies, he should stifle his inclination for protectionism and unilateral action. Politically, Trump stands to gain much more by leading the way toward a new multilateral free-trade agreement than he would by pursuing isolationism and allowing China to assume trade leadership in Asia.

And Trump has a golden opportunity to do so. Though he pulled the US out of the Trans-Pacific Partnership early in his term, the remaining 11 partners are moving to sustain most of the agreement. Why not get back in front of the parade and demonstrate a capacity for leadership in changing times?

Meanwhile, the Trump administration needs to be more ambitious in pressing China for greater reciprocity in market access and competition. Earlier this year, Trump praised China for making promises on this front, even though it had already made – and broken – the same promises to the Obama administration.

The US wants access to financial-services markets in China, but appears willing to settle, at least for now, for openings in credit research services and, possibly, credit-card marketing. Meanwhile, China leads the world in disruptive financial technologies (fintech), with payments by mobile phone replacing credit cards.

The second major trend that should be informing the Trump administration’s Asia policy is Chinese President Xi Jinping’s consolidation of power. By not designating a successor to Xi, the Communist Party of China’s recent 19th National Congress has opened the way for him to serve a third term.

With so much political capital, Xi now has the scope to adjust his stance on domestically sensitive issues, according to China’s longer-term interests and his own. China’s recent agreement to normalize relations with South Korea, after more than a year of acrimony, may reflect the effect of Xi’s liberation from succession politics.

Prior to the 19th National Congress, China insisted on punishing South Korea for allowing the US to deploy its Terminal High Altitude Area Defense antimissile system on its territory. But this approach brought China no benefits; on the contrary, it damaged China’s reputation in South Korea. Now, China is backing off.

Trump should seize this moment to secure greater cooperation from China in tackling, along with South Korea, the North Korean threat. China is not in a position to shut down North Korea’s nuclear weapons and ballistic missile programs. But it can cooperate with the US to narrow the North’s choices and reduce the potential for a conflagration on the Korean Peninsula, such as through covert cooperation and official contingency planning for the future of North Korea. When Trump meets Xi in Beijing, he should offer a path toward just such a strategic compromise.

As it stands, it seems that Trump is hoping to impress critics with headlines about what are actually small-bore accomplishments. But there are historic opportunities ahead. Trump’s Asia trip is the ideal moment to begin to seize them.

US Foreign PolicyDonald TrumpChina-US RelationsSoutheast Asia
printTweet
You might also like
Back to Top
CHINA US Focus 2018 China-United States Exchange Foundation. All rights reserved. Disclaimer